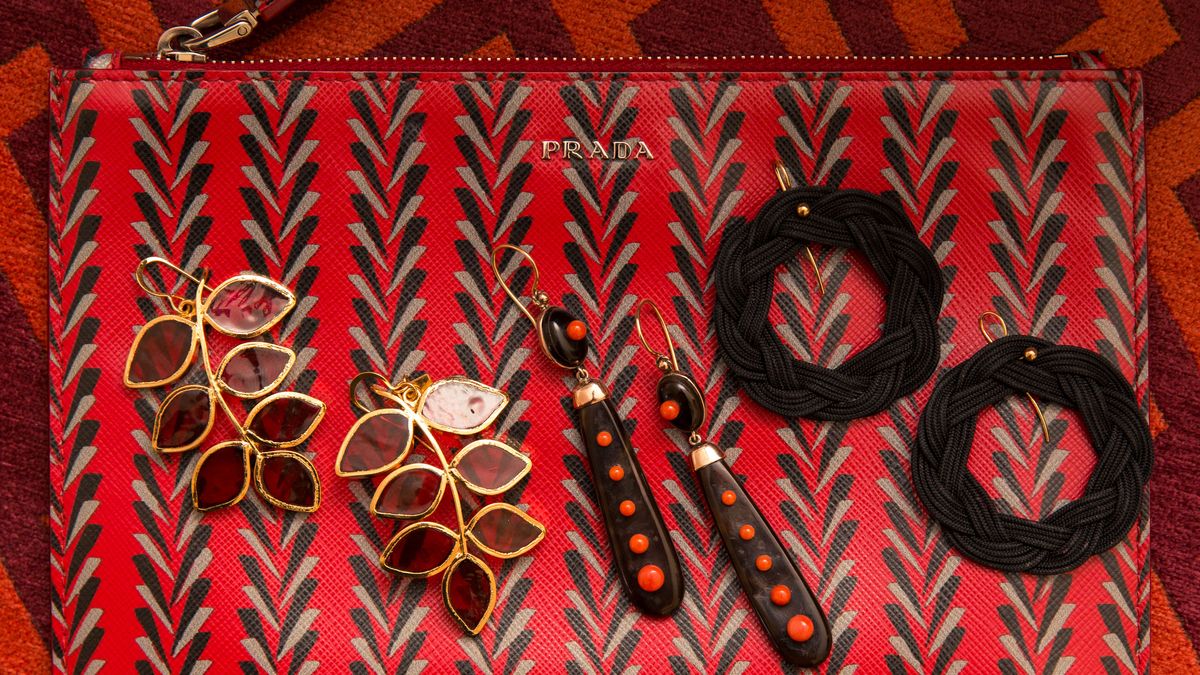 What Does an Editor-in-Chief Buy Herself When She Gets a Promotion?

For Town & Country’s Stellene Volandes, it comes from Verdura and involves *a lot* of gold.

When you’re a bona fide jewelry expert (Rizzoli approached her to write a book on the matter), not to mention the newly minted EIC of one of our all-time favorite magazines, and you’re universally beloved within your (notoriously un-friendly) industry—what do you do to treat yourself? We might say, “Eat an entire pizza while soaking in the tub and binge-watching old episodes of Friday Night Lights,” or perhaps “Grab our two best girlfriends and head to Miami for the weekend.” Stellene Volandes, the editor in chief of Town & Country, has a much, *much* better plan.

When she secured the top spot at T&C and nabbed her book deal, she purchased herself a Verdura Maltese cross necklace, which she now wears every day. With more and more women buying themselves jewelry (a trend we’re 100 percent behind), we can’t think of a better way to celebrate your own accomplishments—otherwise known as treating yourself.

And that cross is in excellent company. From stacks of Sidney Garber rolling bracelets to a pair of Nina Runsdorf opal earrings (apparently opals are just now being used in jewelry again—for over a century they were thought to be bad luck based on a misreading of a 19th century novel...this is the kind of serious jewelry knowledge Volandes spouts), we’ve never seen anything like the contents of her walk-in closet.

Click through to hear about her personal collection, what sets Town & Country apart, and what buying yourself a piece of jewelry can do for you.

2 / 22
“This is a Laguna B glass, which are these wonderful handmade Venetian glasses that were done by Marie Brandolini. Now her son, Marc Antonio Brandolini, has now taken up the line. They are jewels themselves, and Venice happens to be one of the great jewelry cities in the world.
“The earrings are by Nina Runsdorf, who actually just opened this really beautiful atelier in the Upper East Side. What I love about them is that jewelers really rediscovered opals. For a long time no one really touched opals because every[one] thought they were bad luck. About five years ago, jewelers realized that was a myth based on a misreading of this 19th century novel! They also realized the colors are unlike almost any other stone, and there is such a myriad of colors. Those are great earrings for no matter what I’m wearing. If I put those earrings on, I feel dressed-up.
“The necklace is by Elena Votsi, who makes up a chapter in my book. I was walking in this upscale part of Athens, and I noticed these gold beads in a window. I just walked in off the street and found Elena there. Her jewelry is very almost primal in its simplicity but also in its power. Here you have these turquoise beads, but generally her pieces are almost all metal. She is known best for these really insane rings which are almost like torpedoes. But she has become, I would say, one of the strongest voices in jewelry. She does a booth at the Las Vegas Couture show, and it’s always one of the most popular booths at the fair.”
Valentine’s Day
Part of the series: