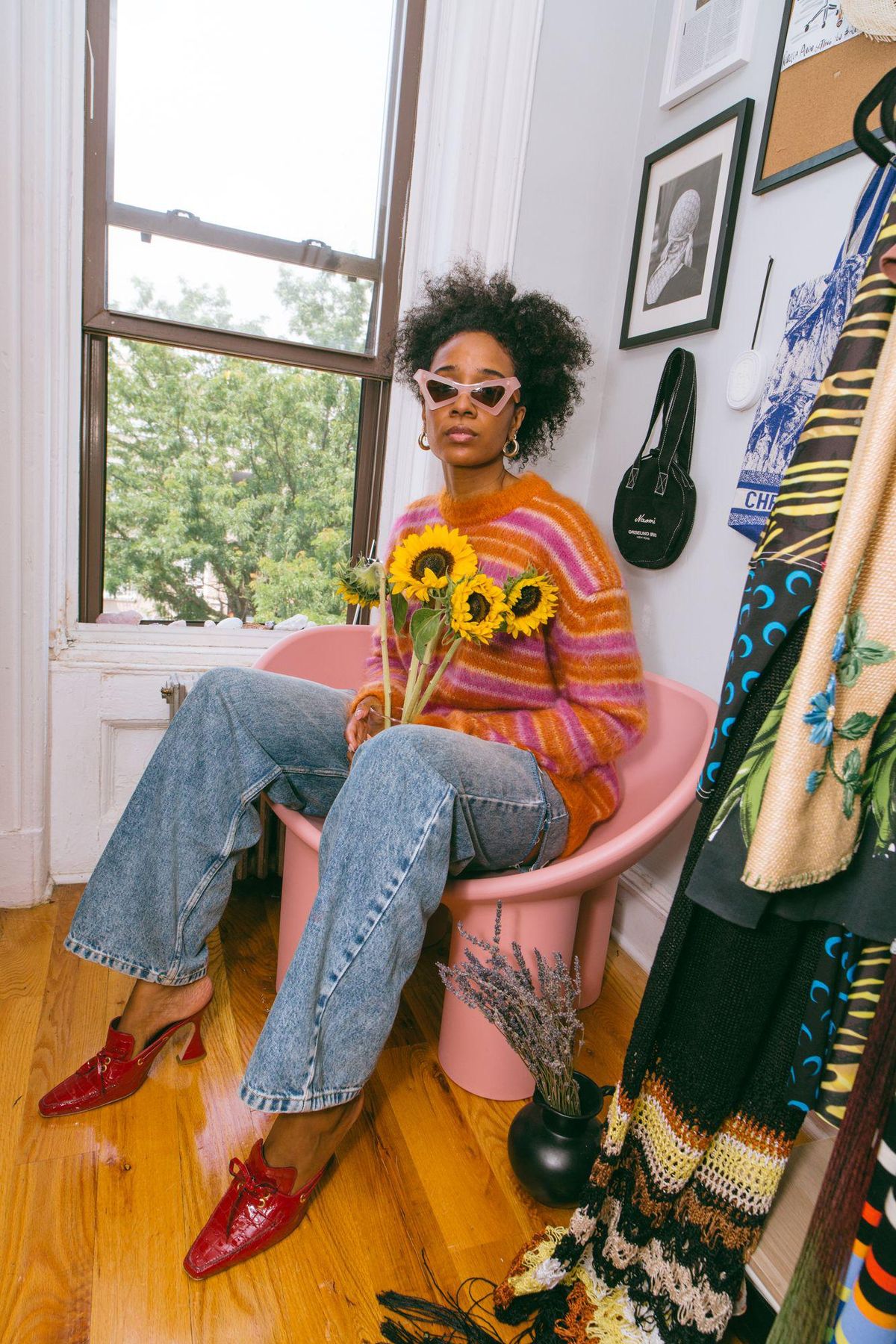 Inside the Telfar-Filled Closet of Vogue Editor Naomi Elizée

As a fashion editor at a little publication you may have heard of (Vogue?), Naomi Elizée lives, breathes, eats, sleeps, and drinks fashion—she tells her boyfriend shopping is a form of market research. Though the Brooklyn-based style aficionado was not always decked out in Maison Margiela and Christopher John Rogers. Back when she was still donning Zara and H&M, Elizée grew up in South Florida in the small town of Davie, sustaining her sartorial appetite on the likes of Vogue, Elle, and more stuffed into her mom's cart at the grocery store. Upon graduating from Florida State with a few internships under her belt—Seventeen, Saks Off 5th, Anthropologie—she made the leap to the big city and began her fashion career in PR, as she had been told magazines didn't offer a sustainable career path. The New York transplant quickly realized she wanted something more involved, something less behind the scenes. She finally decided to give magazines a try.

On a whim, she interviewed at Vanity Fair and landed the gig. "I was like, 'Okay, I'm leaving my salaried job with benefits to go make below the minimum wage, but I just knew it would all be worth it." From there, she was able to secure a spot at Vogue as a jewelry assistant and has worked her way up the ladder ever since to her current role of editor. The multi-hyphenate talent also launched a podcast dubbed So….What Do You Do Again? where she explores the career trajectories of women of color, exposing struggles and roadblocks that make their path to stardom seem slightly more relatable. Now both a hobby and a source of income, fashion has evolved to become a grounding force in Elizée's life, as she shops designers with whom she has personally cultivated relationships. Her style? A bit of everything. "My closet is a mixture of all of my style interests, and it's very much dependent on how I feel that day," she explains. Peek inside Elizée's deeply fabulous closet below.