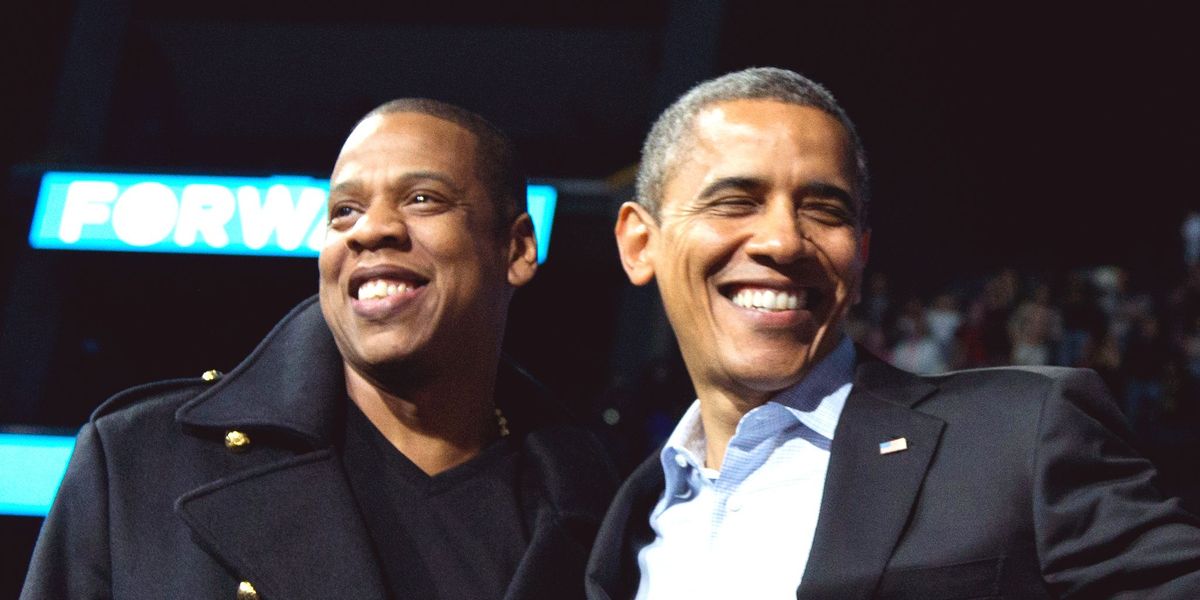 Jay-Z Just Gave Us One More Reason to Love Obama

Just when we thought it couldn’t be possible to be bigger fans of his...

We couldn’t wipe the smiles off our faces as we watched Barack Obama’s video tribute to Jay-Z, inducting him into The Songwriters Hall of Fame. The former US President (we miss you!) praised his pal, letting him know how much of an inspiration he has been to him: “Jay, you have been inspiring and making me want to be active in my retirement just as you have been in yours.” But to us, the best part of the speech was when Obama spoke about both of the men’s daughters and wives, saying that they are both “fools for our daughters,” and they have to admit that “we both have wives who are significantly more popular than we are.” We’ll file both of those quotes under things we hope our future husbands say. Obama wrapped the speech by calling Jay “a true American original” and congratulating him on being the first hip-hop artist to be inducted into The Songwriters Hall of Fame (!). Safe to say we’ll be re-watching this for the rest of the day.