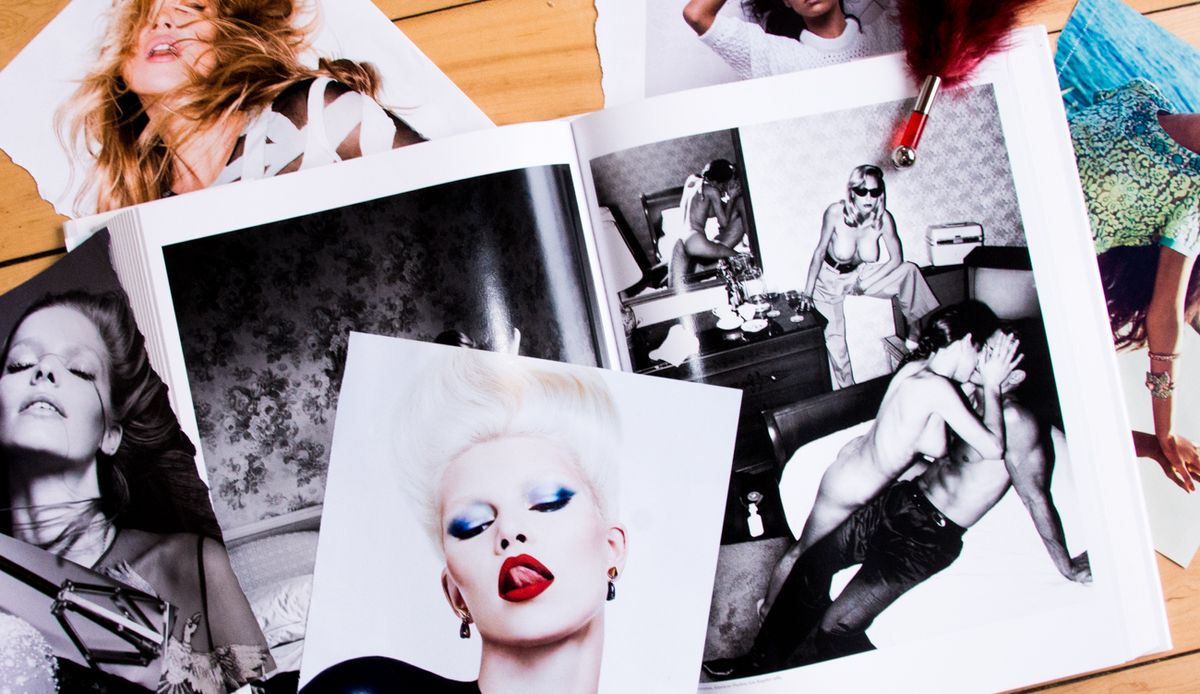 Welcome to The Coveteur’s series about sex and dating, brought to you with the expertise and humor of our friend Lindsay, of the laughably addictive Tumblr, Tinder in Brooklyn. In her own very DGAF way, she’ll be breaking down the good, the bad and the downright bizarre that is, well, dating in the time of Tinder (and all that other shit we Gen X, Y and Z-ers have to deal with). Check back often, because you know there’s lots to discuss, and let us know what you think on Twitter, @thecoveteur, #TinderinBrooklyn.

It’s hard to escape this ever-present caricature of what a female orgasm is supposed to be. The passion is as artificial as a pair of platform Lucite heels.

Watching Lust’s films, there is no violence and it is abundantly clear that the cast is enjoying themselves immensely. It makes it easy for viewers, both male and female, to enjoy themselves, too. Relatable plot lines contribute to this vicarious pleasure as well. I have never been a naughty nanny, but I have been the solo female backpacker running around Barcelona with chipped nail polish. That was the premise for one of Lust’s films, and it honestly made my jaw drop. She basically took my life, and made it ten times (okay, fine… a thousand times) sexier. I did not see that one, um….. coming?

I sat down with Lust after her screening, and over a glass of wine (or four) I got to know the woman behind the camera.

LA: Hells yes. Why do we need women behind the camera?

EL: Because we need to get in there to change the discourse about sex, about masculinity, about femininity! We need women behind the camera because it’s our turn. We need to start [producing] our visions of sexuality because it can’t be right that the only ones portraying sexuality on film today are a little group of middle-aged heterosexual men. They are the only ones showing their fantasies!

LA: There is clearly a huge lack of originality.


LA: I was telling a male friend I was interviewing a female pornographer, and it took him a long time to wrap his mind around the fact you were behind the camera. He just couldn’t process it. Do you get that reaction a lot?

LA: What would you say to other women who want to get behind the camera?

EL: Honestly, almost all for them. That’s why I started making them. Most are just really, really bad! All these ridiculous situations, the characters are ridiculous. I’m not the bad or the good girl, I’m fucking both!

LA: Yes!  I love that. Why should women watch your films?

LA: That’s so true! I won’t lie, I thought that boat fantasy sequence was just mine. Have you ever fucked someone on a boat?

EL: I have! Of course!  I’m a sailor! I sailed in the Swedish Navy!

LA: [laughs] That is outstanding.

LA: So on that note, final question: can I have Luke Hotrod’s number?

EL: [laughs] Oh my gosh! The ladies always love him so much… He is coming to Barcelona soon. I will tell him!

You can check out Erika’s work on her website, Xconfessions.com .