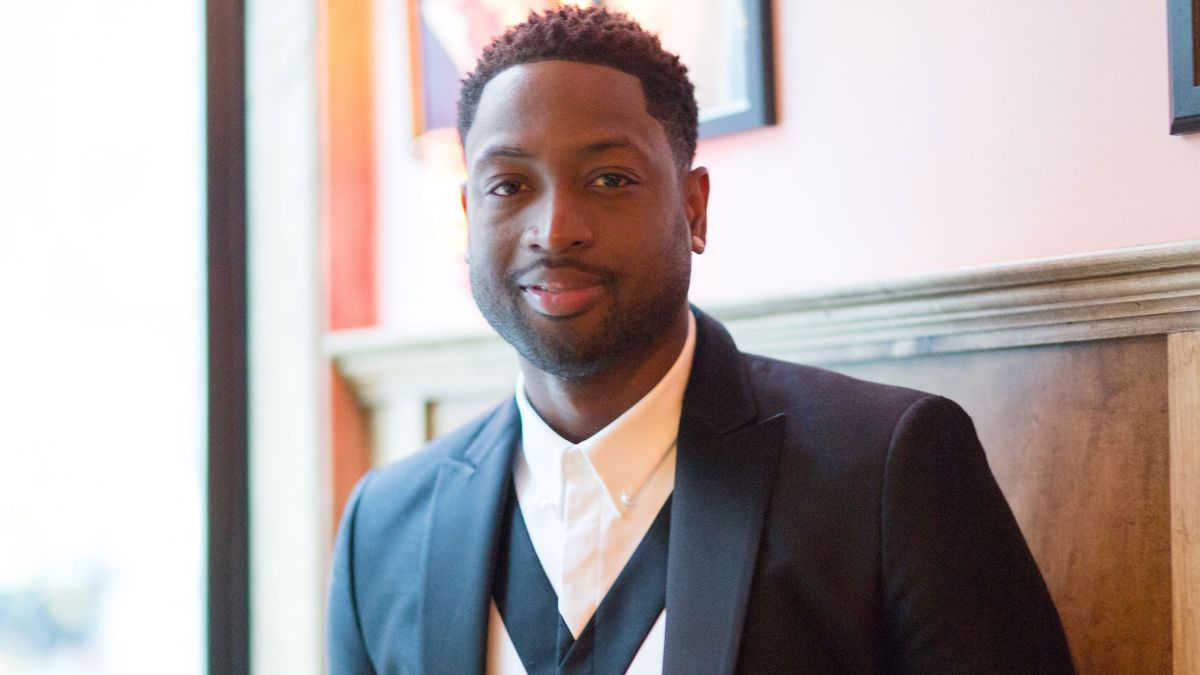 Even better, it’s all available on Amazon!

You don’t have to be a basketball fan to recognize that Chicago Bulls star Dwyane Wade is serious about fashion. He’s frequently atop the best-dressed lists for his sleek suits, killer footwear, and sophisticated pregame outfits. He’s even got his own line of workout apparel, socks, ties, sneakers—basically everything you need to look as good as the man himself from head to toe.

Unsurprisingly, he’s been interested in style from the very beginning. “It kind of started when I was young, watching my father on Fridays dress up and put on suits. I just remember thinking, ‘One day I’m going to dress like him.’” Now Wade has teamed up with Amazon Fashion to offer four of his fashion lines with all of the ease of the retail giant’s two-day shipping and returns. At a celebratory dinner hosted by Amazon’s fashion director, Kate Dimmock, the basketball legend (rocking an incredible DSquared2 tux) was more than willing to chat with us about his foray into the design world.

Once the NBA instated a mandatory dress code in 2005, several players—Wade in particular—were eager to explore the options that high fashion provided. “When the dress code got established, it became a competitive thing with everyone seeing each other walk in. You can’t just throw on a sweat suit and walk in the arena—especially for big games. You’ve got to come with it. The cameras are there! I was like, ‘Okay, I need to step my game up.’ Then I started going to fashion shows, and sitting front row next to Anna Wintour, and then it became fun.” Just a casual day in the life, you know?

Now that he’s working on four different lines, Wade is eager to learn from some of the designers he’s looked up to for so long. “I respect so many designers. I did my first capsule [collection] with DSquared2. Tom Ford’s been doing it for a long time. I love Thom Brown’s style, I love the fact that he rocks it. He rocks the shorts with the suit—he does it his way.”

With three championship rings under his belt, we had to know if he would be interested in designing his own version of the—in a word—EXTRAVAGANT jewelry. For reference, Wade’s 2013 Miami Heat ring set the record with over 10.3 (!!) carats’ worth of diamonds.  “Maybe one day. I would reach out to Public School and get their advice. I’ve known those guys for so long. My favorite colors are white and red, so I’d play off that. I definitely know that I wouldn’t make it really gaudy. I would want people to wear the championship ring when they hit the red carpet.”

When he’s off the court, Wade loves finding style inspiration in his wife, Gabrielle Union.  “She looks better than me of course, but we’re very competitive. I think I may have stepped her game up to another level—now her level is high. I don’t know if I can reach it. Now when we step out [together], it’s better.” If that’s not serious power couple goals, we don’t know what is.