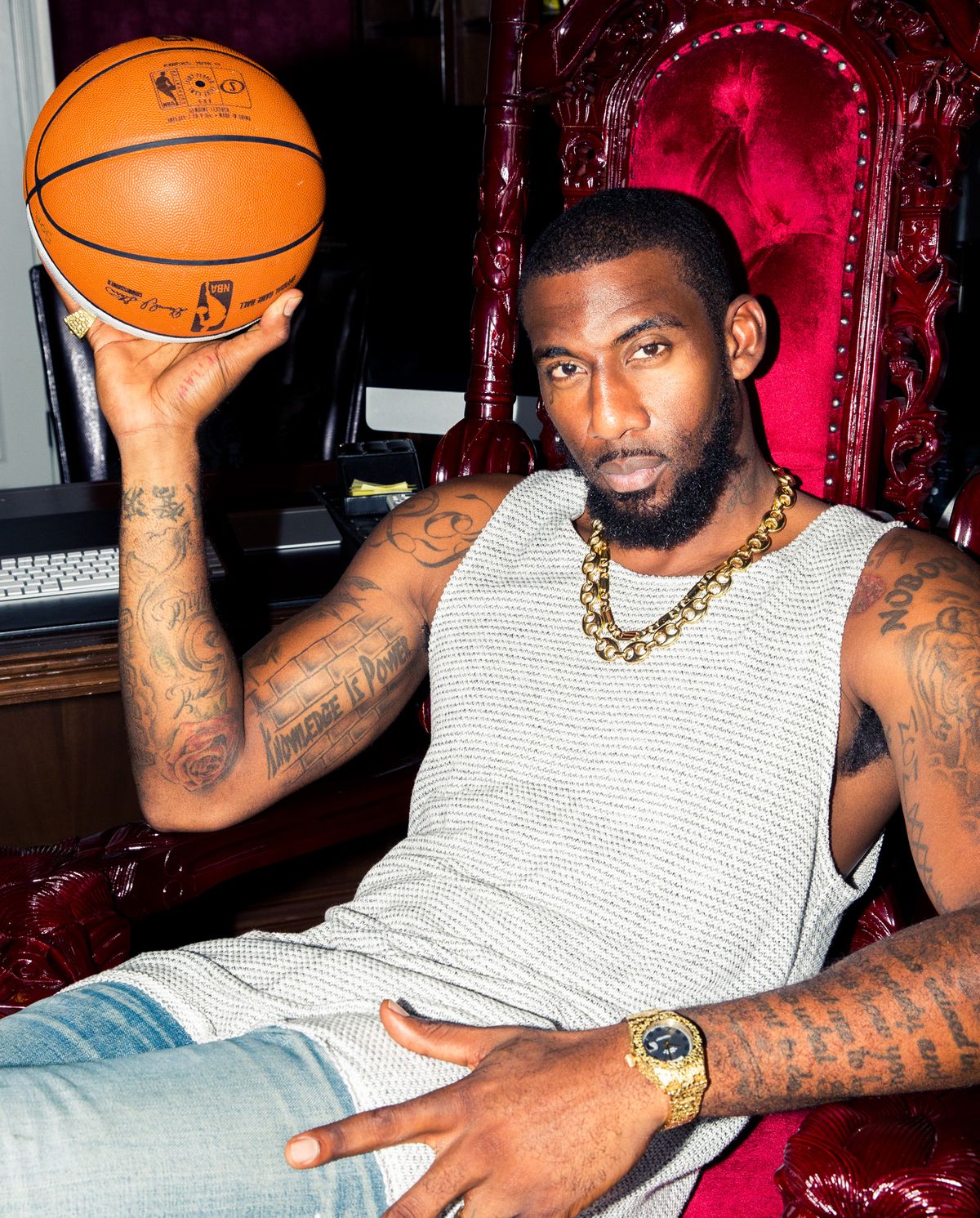 Because Stoudemire might just be the only baller who, in his downtime, covers men’s fashion week (and interviews Raf Simons and Rick Owens) for the likes of Esquire. Miami.

Meagan Wilson
Renée Rodenkirchen
Meagan Wilson
Can you believe it? Exactly one year ago we released our very first book, The Coveteur: Private Spaces, Personal Style. To celebrate, we’re going to be bringing you some of the super-exclusive closets we shot from the tome, all of which have never before been published online. Love what you see and want more? It’s not too late to order your own copy! Occasionally it occurs to us that our job—namely, the whole going-through-people’s-stuff-and-then-writing-about-it part—is downright weird. And truth be told, the thought usually first goes through our heads when we find ourselves in situations that are surreal mostly because we’re seeing firsthand what defines normalcy in our subjects’ lives. It’s the everyday, even mundane moments, not necessarily the over-the-top glamorous ones; like when, after flying into Miami for the day, we find ourselves watching basketball player Amar’e Stoudemire’s four kids zip around on a fleet of scooters and hoverboards while his wife, Alexis, shows us the family’s avocado, lemon, and lime trees. This all happened before we pillaged his collection of Lanvin and Givenchy. It’s an entirely different workday than if we were working in accounting, you know? We were somewhere between Stoudemire’s collection of rare, archival Nikes and custom outerwear when the man himself showed up. It’s completely cliché but merits mentioning: Amar’e is, well, tall. Six foot ten, to be exact. His height became even more of a focal point when he casually mentioned that given our shoot coinciding with Yom Kippur, he had been fasting (without so much as a sip of water) all day—that means all through his early-morning practice with the team, and continuing right through our shoot and right up until sundown. You’d think (understandably) this would slow things down considerably, but Stoudemire was more than game for just about everything we put him up to. He donned looks ranging from a white tuxedo to a tank and jeans in rapid succession, even pulling his Lincoln out of the garage for a few Cribs-like shots out front. The rest of our shoot went a little something like this: Upon hearing we were in town from Toronto, Stoudemire promptly put on Drake’s latest as our soundtrack between shots and setups (and for him, between outfits). Once we wrapped up with the Lincoln, the remaining stand-outs in his car collection got good use, too—we Coveteur’d his Maybach with an honorary mention going out to his golf cart (a Floridian must, apparently). His youngest son helped us tow around and find the perfect place for his Goyard suitcase (grey and green, to match his wife Alexis’s pink and purple) by the pool. We oohed and aahed over his array of glittering Rolexes, snapped away in the family’s at-home movie theater, got a peek at his array of cigars and Olympic medals and his burgeoning hat collection. After all, what better way to cement just how peculiar your job is than bonding with an NBA All-Star over the trials and tribulations of sun-glass organization after chasing around his Goyard-toting toddler?
Closet

Because Stoudemire might just be the only baller who, in his downtime, covers men’s fashion week (and interviews Raf Simons and Rick Owens) for the likes of Esquire. Miami.