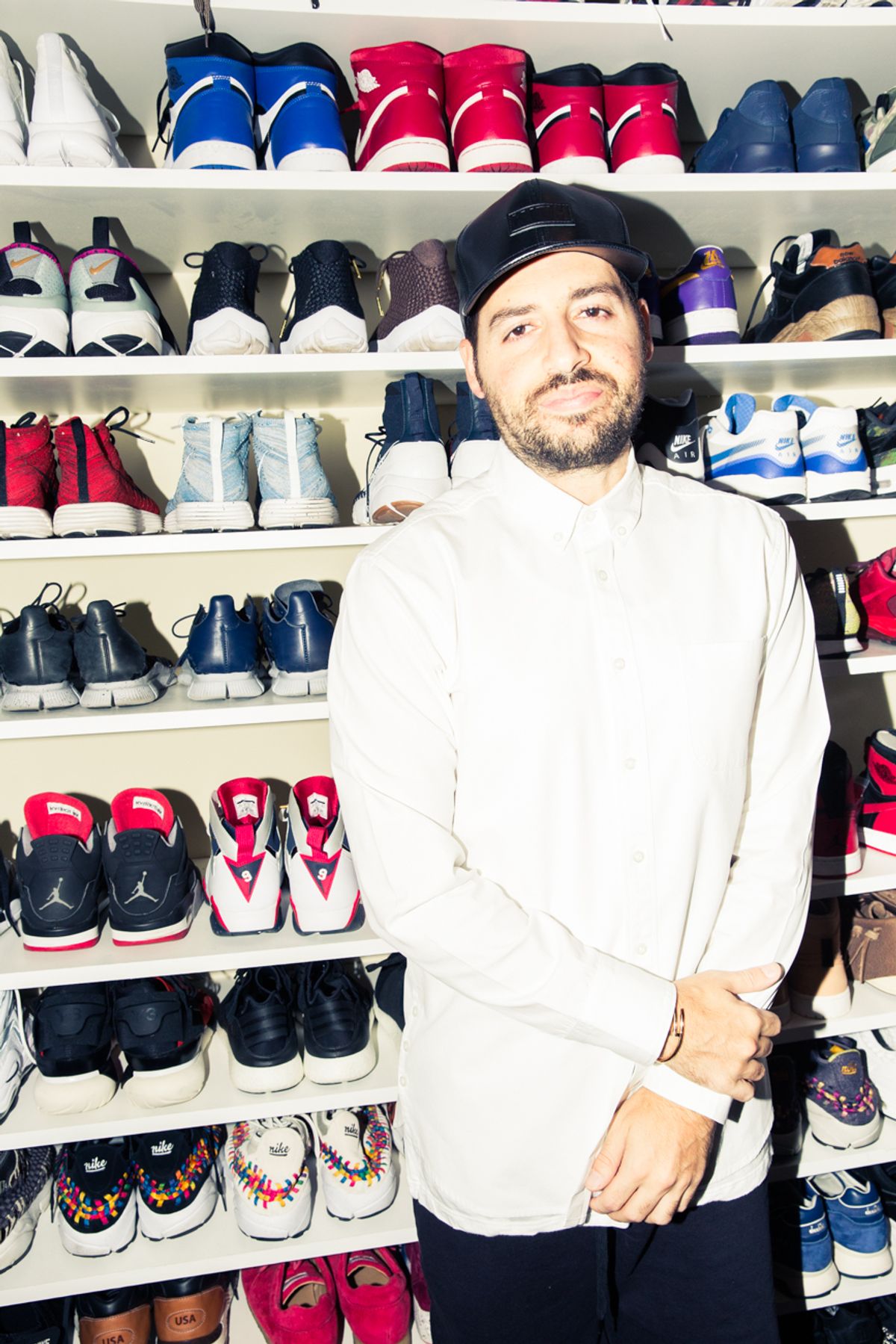 Emily Ramshaw
Renée Rodenkirchen
Emily Ramshaw
We can appreciate someone who’s very serious about things that might seem frivolous to others. Our passions include stockpiling ’90s-era photos of Kate Moss on Pinterest and collecting everything ever made with denim, so, like, no judgment here. In fact, when you’re as full-on obsessed with anything as much as Ronnie Fieg is with sneakers and—wait for it—breakfast cereal, we have nothing but admiration for you. Because if you’re as obsessed as Fieg is, that means you made your life around these things. Actually though: because Fieg designs sneakers that have achieved a true cult following, collaborating with the likes of Asics and New Balance, and stocking the best of the best at Kith, his similarly beloved menswear store, and then he went and opened a cereal bar at his Brooklyn location, where he serves custom mixes of all your childhood favs like Lucky Charms, Frosted Flakes, and Coco Puffs. Yes, this is Fieg’s real life. Don’t be too jealous. And on top of all this, we’ve heard some rumblings about the Kith founder’s sneaker collection. Pretty sure “epic” was the operative word. So, we (obviously) wanted in; and it wasn’t long after we got wind of the cereal bar (a guy who opens a cereal bar in his high-end clothing store deserves to be Coveteur’d, come on) that we were welcomed into his Financial District penthouse. As it turns out, the rumblings were correct, and Fieg presented us with an impeccably organized (clear plastic shoe boxes from The Container Store and all), if somewhat overwhelming, closet situation. The guy is a collector in the truest sense of the word—and he refuses to name favorites, no matter how much we pried. His clothes run the gamut: He’s a loyal wearer of his own Kith designs, but he also wears his fair share of Public School, Thom Browne, Tim Coppens, and, ahem, a lot more. And he really is passionate about shoes—pretty sure our pictures serve as enough evidence. Cereal, on the other hand? Well, we had to ask. “I've always loved cereal equally as much as footwear, so being able to create New York’s first cereal bar was an incredible accomplishment for me,” he told us. “I actually offer my favorite [cereal] mix on our specials menu at Kith Treats. It’s called the Fiegstir and is Frosted Flakes, Cocoa Puffs, mini marshmallows, and crushed Oreos with whole milk.” And guess where we headed straight after the shoot? Straight out to Brooklyn for a Fiegstir special. But actually.
Closet