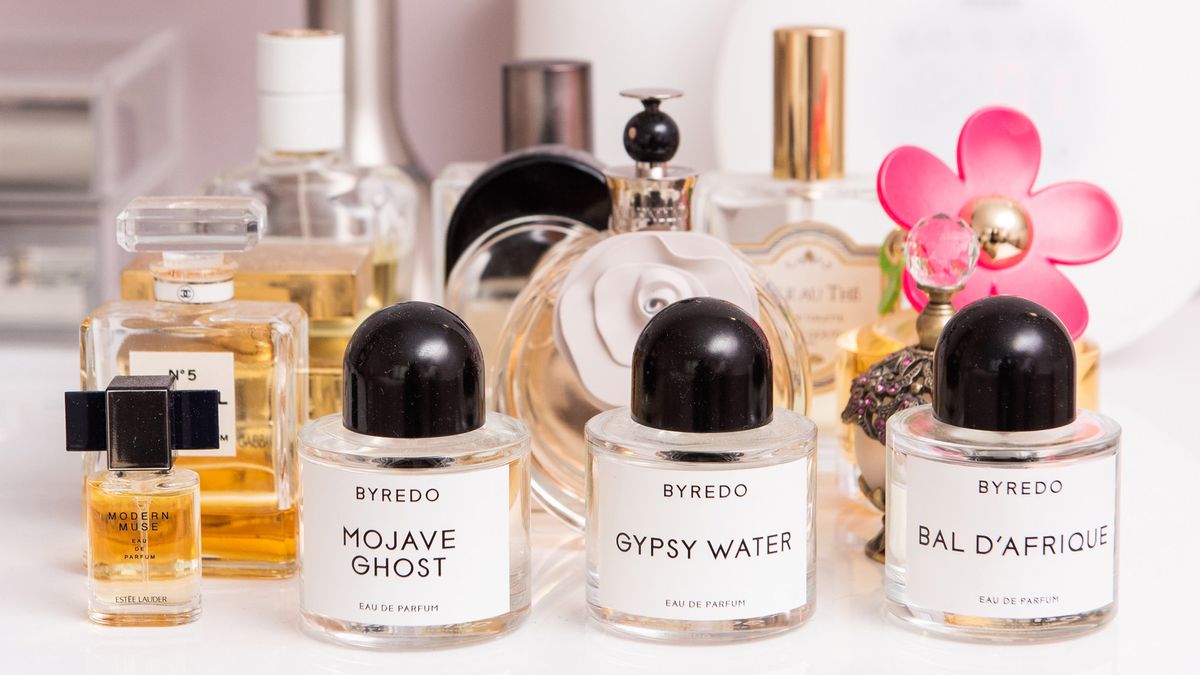 What Exactly Does It Mean to Smell “Sexy”?

The experts reveal the complex relationship between scent, attraction, and arousal.

There’s nothing like setting the mood for a steamy night to get your blood pumping. Sensual music, dim lighting, and our choice of clothing (or lack of, rather) are all great ways to turn up the heat, but scent is, scientifically, one of the most powerful tools we can use to influence our emotions and trigger those carnal impulses. But what exactly are the fragrances we should be reaching for when we have sex (in all its various forms) on the brain? With Valentine’s Day quickly approaching, we turned to expert perfumers to get the lowdown on what scent notes have the ability to really get us going, whether we’re partnered up or engaging in some solo fun.

How Does Scent Affect Our Mood?

Our sense of smell is connected to the limbic system, an area of the brain that houses our emotions, behavior, long-term memory, and sexual impulses. Compared to our optic and auditory receptors, it takes significantly less time to process an inhaled odor molecule. “Before we know we’re in contact with smell, we’ve already received it and reacted to it,” says perfumer and author Mandy Aftel of Aftelier Perfumes. “This physiological configuration is a reminder of the primacy it once had for our predecessors who walked on all fours with their noses close to the ground and to smell one another’s behinds. In this way, scientists speculate, we were able to ascertain information about gender, sexual maturity, and availability.”

Because it plays such an important role in our psyche, it’s no wonder that we choose to alter what we smell like by dusting ourselves with various floral, woody, or musky scents—and have done so throughout history. As Aftel points out, we’ve been instinctually rubbing good-smelling things on our bodies since the beginning of time. In ancient Egypt, vegetable and animal oils and fats were scented with myrrh, desert date, terebinth, or frankincense and applied to the skin, and it’s thought by some that women wore scented cones of fat on their heads when attending parties. The affluent class of Ancient Rome had a penchant for body care, which included balms, oils, and perfumes for the skin and hair, and frankincense, myrrh, and rosewater reigned supreme. And the oldest perfume-making workshop ever discovered resides in Cyprus, dating all the way back to 1850 BC.

With those traditions in mind, we weren’t surprised to learn that scent and enhancing our natural aroma can rev up our sex drive in a big way. “For some, scent can be a turn-on or turn-off to one’s natural body chemistry,” says Marian Bendeth, global fragrance expert at Sixth Scents. “Add a sexy or sensual fragrance, and the results can be instant.” Not only can it attract the noses of our partners, but it can influence our own behavior in a way that draws others to us. “Once the fragrance works on our psyche, it inspires how we dress, what we say, how we behave, and, in turn, arouses others around us to perceive us in the same way—and that is pretty heady stuff.”

What Scents Are Perceived as “Sexy”?

If it’s true that scents can evoke feelings of attraction, desire, and longing—not to mention make us feel more confident and sexy—is there any one note that we should turn to when we’re in the mood to get hot and heavy?

It turns out there are quite a few. According to David Seth Moltz, perfumer and cofounder of D.S. & Durga, while it varies from person to person, many people are attracted to citrus, lavender, flowers, woods, “and to some degree, ambers and spice.” He notes that arousal may come from skin and animalic scents, such as “civet and musk—or notes that share some of the same molecules of the latter, like tuberose or jasmine.”

Among the experts, animalic notes take the prize as sexiest of all for the “dirtiness” they can add to a fragrance. “Animalic notes are the impolite smells of the human body and animals—think the hairier regions of the body,” says Aftel. “People find those sexy, and have throughout history, which is part of what draws people to places like the nape of the neck. Those areas bring with them that connection to sexuality and sex itself.”

While some animalic notes such as civet and musk are derived from actual animal glands and excretions (“They’re a complicated ethical area,” she says), she notes that synthetics have also been used for the past century by perfumers.

Other popular sensual notes include vanilla and sandalwood, two of which Bee Shapiro, founder of Ellis Brooklyn, considers powerful aphrodisiacs. “Vanilla is very familiar, inviting, and delicious,” she says. “In studies, vanilla particularly stimulates sexual arousal in men. For sandalwood, there was a study whose participants rated their own self-arousal highly after wearing it. I kind of love that—self-arousal is very important! Scent is not just about attracting others, it’s about feeling amazing about yourself, which, I think, would in turn make you more attractive to others.”

Of course, these are just a few examples—the list of sexy scents goes on. In addition to the above, Bendeth mentions oud, ambergris, resins, benzoin, patchouli, cinnamon, tobacco, ash, chocolate, fig, cognac, Bulgarian roses, and Davana flower as other classically sexy notes, just to name a few.

However, the most important thing to consider is that what we perceive as sexy is deeply personal; you might be drawn to something specific that a partner isn’t into, and vice versa.

To bring the question back to the limbic system, it goes beyond personal preference and has more to do with our past experiences and emotions. “There are no foolproof sexy scents with scientific data—how a scent is perceived is based on individual memory,” says Bendeth. “Perception is in the nose of the beholder.”

“People have such a personal connection to smell that doesn’t come through language or through their conscious mind,” explains Aftel. “They have it as an instinct that washes over them. It comes out of their personal history and is deeply connected to memory. It’s not so much ‘I like vanilla.’ Lots of people like vanilla and it makes them feel good, but some of that is just what’s in their memory banks and what charts into the part of their psyche that makes them feel empowered or confident or just more like themselves.”

“Perception is in the nose of the beholder.”

That said, the process of finding “the one” shouldn’t be a quick decision made at first whiff—rather, the fragrance needs to sit with us and evolve. “A conversation should take place,” says Bendeth. “How does this make me feel? Confident? Sexy? Revived? This will also determine when is the best time for it to be worn. If sexy, we have to ask ourselves if it’s appropriate for the boardroom or better with a partner up close and personal, or clubbing and dancing under lights.”

Regardless of what you’re drawn to spritz, it’s not a more-is-more situation—it’s best to not overdo it. “It shouldn’t be overwhelming; it should enhance your natural scent,” says Shapiro. Bendeth adds that a fragrance should “never be applied and dispersed like a foghorn. If the scent is naturally strong, a little spray goes a long way.” Heavy-handed folx, take note.

Ultimately, there’s no finite way to define what sexy should smell like. Yes, there are a number of notes we’re naturally drawn to, but we have the ability to find anything sexy if that’s how we, personally, perceive it. Aftel says it best: “I don’t think sexy smells like one thing, but rather a combination of things that are kind of sweet but also dirty; they have a yin and yang and have an inherent kind of complicatedness that makes you come right into the moment. I think that’s quite personal, but you know it when you go past it. It’s short-lived, it makes you go back and smell again, and it makes you be present.”

In the spirit of uncovering some new options for our scent collections, we asked the experts which fragrances they find to be classically sexy. Your own nose knows best, but if you haven’t found that special something just yet, consider the below a great place to start.

Bendeth finds this iconic Mugler fragrance to be undeniably sexy, its warm florals totally transforming over the course of its wear. “Talk about a left-hook scent! Totally unpredictable, what appears to be a floral morphs into some sublime vixen after an hour,” she says. “She is totally quirky, elusive, and utterly fabulous. It takes confidence to wear this little number.”

“With undulating notes of woods, spices, agrestic, and animal notes, this gem starts off in a French chignon of glamour and sophistication,” says Bendeth. “Within a few short hours, it lays seductively on bare shoulders and dazzles like cats’ eyes in the dark. That is my vision every time I sniff this beauty. One wants to go back and sniff it again and again (and again), and the feeling is never sated—it’s that good.” Based on this description alone, this fragrance is an absolute must for a midnight romp.

One of Moltz’s sexiest creations for D.S. & Durga would be Notorious Oud, an Indonesian oud with notes of African papyrus, Bulgarian rose, and Afghani saffron. “It’s a rough-and-tumble, sexy oud with powdery rose that blurs the line between what is considered to be traditionally masculine and feminine,” he says.

Shapiro concocted her own version of classic sexy with Myth, a warm floral with notes of ambrette seeds, jasmine petals, and musk. “I created it for myself because I wanted that sun-warmed, revealed-skin feel,” she says. “It’s a white musk with a touch of jasmine in there. It reminds me of rolling around and tussling in clean sheets. So hot.” Yes please!

Shapiro also turns to this spicy tobacco, ginger, and cocoa-tinged Tom Ford classic when she wants to turn up the heat. “There is something about it that is delicious yet dark and inviting,” she says. “It can also go feminine or masculine.”

This sexy, animalistic fragrance by Aftel evokes a sense of longing. “I made it to smell like the body of someone you’ve been close to—someone that you miss that’s not around for one reason or another,” she says. “It has a tinge of sadness to it. It’s both sexy and deep. It’s a very emotional one, and those who wear it really love it for that reason.” Sounds like the ideal scent for this Valentine’s Day, if you ask us.

Perfume as Self-Care? Aromacology Is the Wellness Trend You Need to Try
Wait—Did Your Favorite Fragrance Already Expire?
8 Must-Have Vibrators to Make 2021 a Little Less Stressful
Fragrance Valentine’s Day
Part of the series: