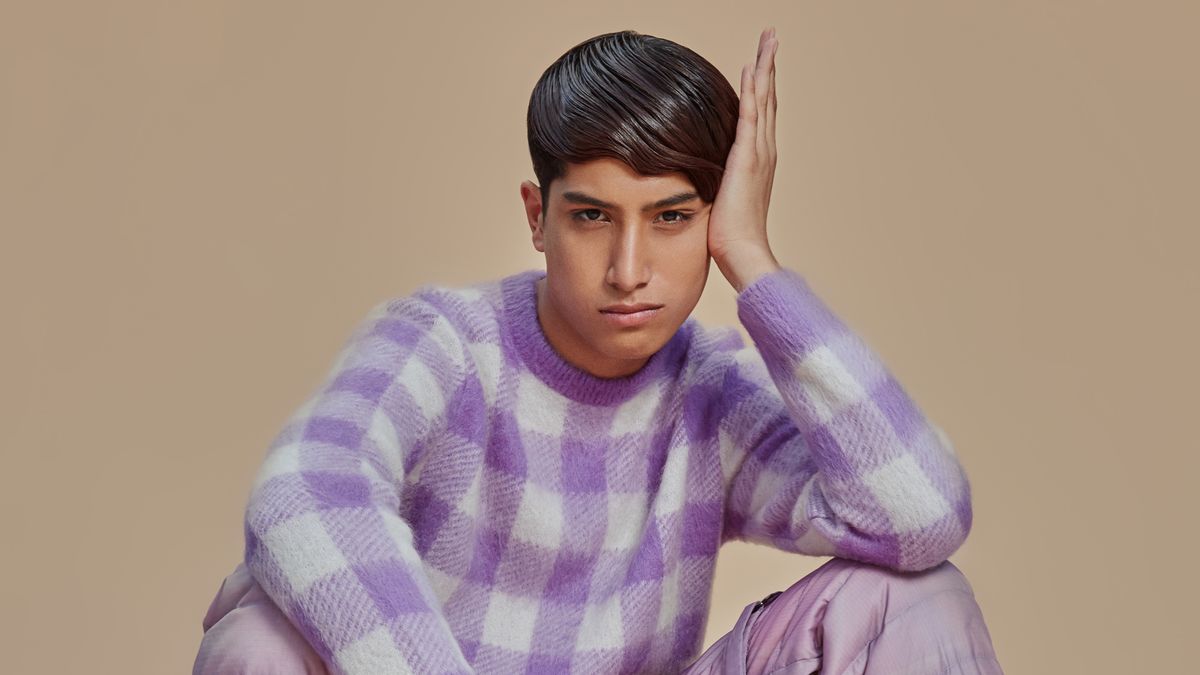 Why everyone loves him.

Alex Catarinella
There’s no slowing down rising influencer and internet star Kemio. The crazily charismatic 25-year-old’s YouTube channel, which boasts over one million subscribers, is home to videos in which he gives fans an unfiltered and always animated glimpse of his life while talking a mile-a-minute with an energy that’s all Energizer Bunny kinds of infectious. You don’t need to speak his native Japanese to appreciate his delightfully dizzying vlogs. Need proof? Take a look at Kemio’s video titled “I lost my eyebrows,” which happens to be his most watched video with six million views. If you don’t find yourself LOLing as he unravels and breathlessly attempts to salvage his missing eyebrows following a brow-bleaching calamity whilst an instrumental of Christina Aguilera’s “Beautiful” perfectly plays, then check your pulse.

Whether he’s reviewing “weird gum flavors you can’t get in Japan” or getting glammed up to sit front row at a Dior runway show in Paris, the natural entertainer makes all of his adventures—no matter how big or small—as hilariously engaging as a segment on The Wendy Williams Show. (Seriously, someone give Kemio a talk show ASAP.) Kemio’s actually been a major superstar in Japan, where he was born and raised, for all his young adult life—it all started with his videos going viral on Vine while he was still in high school. A casual scroll through Kemio’s Instagram feed will give you a sense of how big he is in Japan. Like, huge. And we’re not just talking about his follower account. Here’s Kemio sharing a fashion magazine cover with supermodel Kiko Mizuhara, whom New York magazine called “the most famous woman in Japan” and whom Kemio calls his friend. Here’s a dapper Kemio posing it up for photogs in 2019 before collecting his GQ Japan’s “Man of the Year” trophy. Here’s Kemio giving a wink and sticking out his tongue on a billboard towering over the world’s busiest pedestrian intersection, Shibuya Crossing. Oh, and right here is Kemio doing karaoke to his own song, “Agemizawa.” Could it get any more surreal for Kemio? It already did: His playful catchphrases and made-up words, including “agemizawa” (which basically means feeling elated or hyped), are explosively popular and commonly used amongst hip high-schoolers and young adults in the know in Japan. Take that, zig-a-zig-ah! (Sorry, had to.)

He’s not quite a household name in the Western world just yet—a reminder that the Spice Girls didn’t create Spice World overnight!—but Kemio’s already got the not-always-so-welcoming A-List “fashion world” welcoming and inviting him to sit front row at all the major fashion weeks in recent years. More recent head-turning highlights: He’s on the current cover of King Kong, CFDA approved of him working their digital red carpet for the 2020 CFDA Fashion Awards, and he made his US clothing collaboration debut with streetwear brand Freak City LA, who previously collaborated with the also very influential Billie Eilish.

Did we mention Kemio only moved from Tokyo to Los Angeles in 2016 without knowing anyone to learn English and to further his career? Well, mission majorly accomplished. And since 2019, he’s called New York City his home, where he continues to share all things Kemio on his social media platforms to his sea of devoted followers.

We caught up with Kemio via Zoom to ask him about his awesomely individual personal style, the Tokyo fashion scene, and how it’s been for him living the influencer dream. Although we were prepared for the wildly energetic YouTuber Kemio, he was as humble, chill, and sweet as can be. In other words, we, too, totally cannot get enough of Kemio. We also wanna get our hands on a tote bag from his merch store, Kemio Store, but everything is perpetually sold out. The consistent theme here seems to be everyone loves Kemio. For further proof, see below.

“My grandparents raised me because my parents passed away when I was two. My grandma always bought me clothes and would tell me what I had to wear, but when I was around 10 or 11, I asked if I could go clothing shopping with her. She finally started letting me pick what I wanted to wear. I think that’s the time when I started exploring my style and getting into fashion.”

How would you describe your style these days?

“It’s kind of a tricky question for me because it really depends on the day and my mood. I love mixing everything; I love vintage and luxury clothing. But I always try to show my personality through my clothes.”

“I moved to New York in November of 2019, and at that time, I’d go back and forth from Tokyo like, twice a month, so I didn’t really have enough time to explore the city. And then COVID hit and everything closed. So I mostly shop online, to be honest. I like Farfetch, SSENSE, and a bunch of vintage online shops.”

“I just bought a sweater from Ashley Williams London.”

What are some of your favorite brands and designers?

“At this moment, I would say Heaven by Marc Jacobs. Everything’s so cute. I’m obsessed. I also love Doublet and Mister Gentleman—they’re both Japanese brands.”

Favorite statement piece in your closet?

“My studded leather jacket—it’s my favorite jacket that I’ve ever owned.”

If you could raid anyone’s closet, whose would it be?

“Do you know the stylist Harry Lambert? He styles for Harry Styles. I’m just obsessed with his styling. I feel like he has so many nice vintage pieces in his closet. I just want to go inside and take everything!”

How has your sense of style changed over time?

“I think my style has changed drastically compared to the time when I was living in Tokyo to now. I used to dress in a Harajuku style with colorful clothes, but now I think I’m more attracted to black. Since I moved to the United States, I’ve got to make new friends, and they’ve taught me about so many brands and fashion styles that I’ve never discovered before. I always want to try new styles, and I always try to show my personality through my outfits.”

“I was really obsessed with the style in Harajuku around 2012, 2013. Harajuku was so popping then. Everyone would dress so unique and so crazy. There were so many crazy trends. People used to wear those tattoo-print stockings—I loved that.”

Where have all the stylish kids gone in Tokyo these days? Shimokitazawa?

“There are so many cool vintage stores in Shimokitazawa, and people there dress insane—they’re so cool. Nowadays, Japanese teenagers are obsessed with K-Pop. There’s a Koreatown in Tokyo—Shin-Okubo—it’s next to Shinjuku. I think Shin-Okubo is kind of popping right now. Shibuya’s cool, too.”

Do you have a favorite clothing store in Tokyo?

“One of my favorite vintage stores is called Faith Tokyo.”

“Lady Gaga has been one of my biggest fashion inspirations. Especially her ‘Marry the Night’ music video—that music video was so iconic to me. She wore so many cool punk-style looks. I was in high school when that music video dropped. I wanted to be like that, so I went to a vintage store and bought similar clothes and put everything together. It didn’t work well, but I was just feeling it. I was a crazy Little Monster!”

After a long day, how do you chill out? Do you have any favorite skin-care products?

“I take a long bath and use a face mask after a long day. I use mostly K-beauty or J-beauty skin-care products. My skin is very dry and sensitive, so I take time to moisturize my face twice a day, morning and night. My favorite moisturizer at this moment is Skinpower Cream from SK-II. It makes my skin smoother.”

You recently collaborated with streetwear brand Freak City on a collection. Do you have any future fashion collab aspirations?

“I definitely want to work with Heaven by Marc Jacobs. Also, I personally love anime. In the future, maybe I’d do some kind of fashion collab with anime characters I like.”

Do you enjoy your fame?

“I always wanted to be famous and be in the entertainment industry. That has been my dream, so I’m enjoying it. At the same time, I don’t consider myself like, you know, famous.”

You’re being humble! If you took a stroll down Takeshita Street in Harajuku, wouldn’t at least some high schoolers recognize and run up to you?