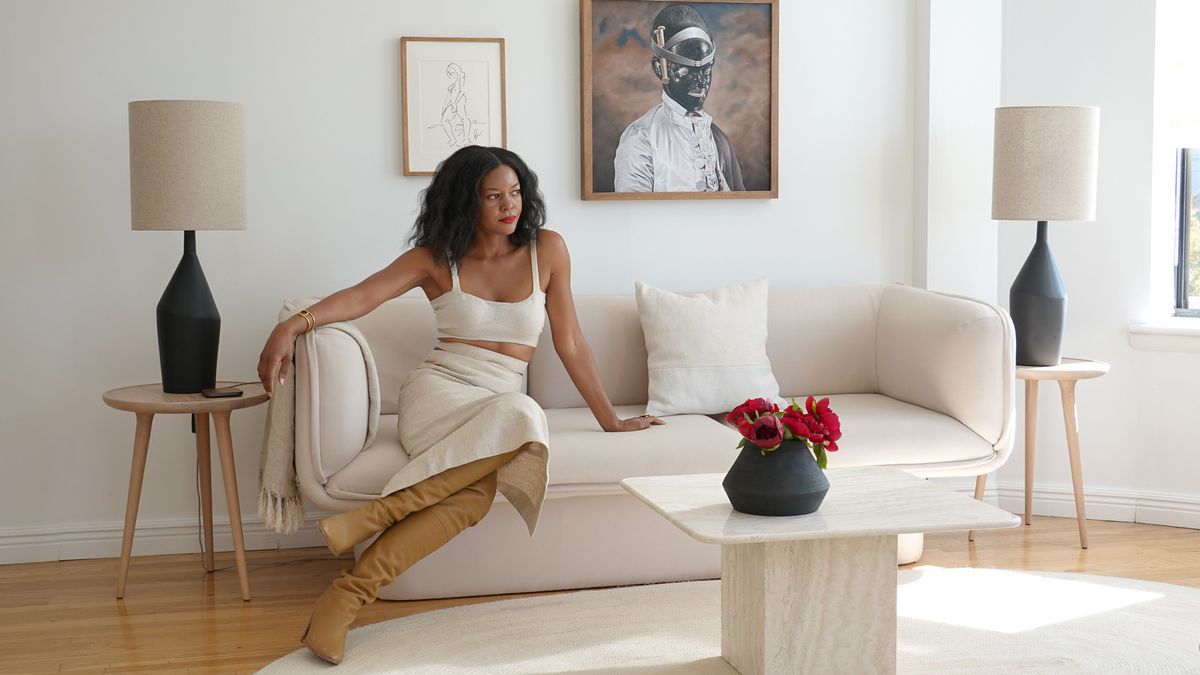 Meet the Next Generation of Interior Designers

Inspiration and unapologetic style abound in these 12 talented designers.

Nicole Kliest
Every industry has its veterans. For interior designers, there’s a spate of legends (Kelly Wearstler, Nate Berkus, Martyn Lawrence Bullard all come to mind) who have firmly cemented themselves as authorities in the genre. However, for every well-established designer, there’s also a fresh face building momentum. The next generation of interior designers is an amalgamation of nuanced tastes, innovative use of shapes and textures, and an emphasis on sustainability. From a boutique hotel in South Africa to a rooftop restaurant in New York City, the ideas coming out of this new crop of designers is, in a word, inspired. Ahead, 12 individuals we’re especially excited about right now (and why you should be, too).

Photo: Nicholas Worley
Alex Holloway and Na Li founded their London-based studio, Holloway Li, in 2015 and work across a diverse range of hospitality and retail concepts as well as select private homes. A sustainable, cinematic aesthetic cements the duo’s interiors, which, they explain, “blurs the boundaries between historicism, decoration, and digital processes.”

Photo: Edmund Dabney
The duo focuses on repurposing materials as a means of achieving an eco-sensitive methodology. For one of their recent projects—Bermonds Locke—Holloway and Li reused old concrete testing cubes and blackened steel rebar throughout to minimize the building’s impact. Another project at The Hoxton also implemented eco-responsible practices where they created a new rooftop restaurant using materials from the building itself.

Photo: Jon Gorrigan
At the age of just 25, British interior designer Sophie Ashby established her own studio. Fast-forward seven years (and a few awards) later, and the young creative has expanded her portfolio of projects across a diverse range, including a South African boutique hotel all the way to a penthouse in Battersea.

Photo: Philip Durrant
In addition to her bevy of clients, Ashby also launched a new furniture collection last fall (it’s called Sister) and co-founded United in Design, an initiative that calls for greater diversity in the industry. She lives with her husband, designer Charlie Casely-Hayford, in London’s Spitalfields.

Photo: Clarke Tolton
Landing a celebrity client is a milestone in an interior designer’s career—one that usually comes a bit later in life. But for Jake Arnold, the 30-year-old self-taught designer has already worked with the likes of Aaron Paul, Chrissy Teigen, Dan Levy, and Rashida Jones (among others). His distinctive aesthetic fuses traditional design that mirrors his London upbringing with a relaxed California lifestyle. Arnold moved to Los Angeles in 2012, and his résumé includes an internship with Woodson & Rummerfield, a position working for Estee Stanley, and securing the opportunity to head up Interiors at 4C Design Group.

Photo: Michael Clifford
Arnold founded Studio Jake Arnold in 2020 and leads a team of eight in his newly-opened studio on Santa Monica Boulevard. In addition to his full-service interior design studio, he’s also the founding designer for The Expert, a new virtual platform that links clients from anywhere in the world to global design talent via one-on-one video consultations.

Photo: Tierney Gearon
Growing up between Paris and New York (plus being raised in the modern art world by her artist father), Sally Breer cultivated a knack for shape and scale. After spending time in her early 20s in Austin—a place that fed her love for antiquing and junking—the interior designer relocated to Los Angeles. There, she opened a vintage shop alongside Ellen LeComte and worked on several projects including Hotel Covell, which Vogue would go on to call one of the world’s most beautiful hotels. Breer has garnered high-profile commissions including homes for Zooey Deschanel, Jamie Linden, screenwriter Alan Yang, and director Justin Lin, and was named Young Hollywood’s Decorator of Choice in 2017 by The New York Times.

Photo: Delphine Abdourahim
If you live and work in New York City, there’s a strong chance you’ve seen Dani Arps’ work. She’s an interior designer who’s designed office space for top start-up companies in Manhattan (some of her clients include founders and CEOs from Daily Harvest, SeatGeek, Codecademy, and General Assembly). Arps has over 11 years of design experience and opened her own firm, Dani Arps LLC, back in 2014.

Photo: Aaron Thompson
House Beautiful named Arps as 2019’s Next Wave Interior Designer and was awarded 2017’s Star on the Rise by the renowned Decoration and Design Building. She was also named as a Best of NeoCon Gold winner for her table design, the “Epono,” for NuCraft (Neocon is the premier furniture fair and design institution for the commercial design industry). She custom-designs the majority of furniture pieces for her projects and has her own collection in the pipeline launching with Industry West in 2021.

Photo: Peter Frank Edwards
After receiving her BA in Communication Design from Pratt Institute, Kate Towill spent six years in the film industry as a set designer working on commercials, music videos, and feature films (Wes Anderson was a client!). In 2013, she and her husband moved from New York City to Charleston and founded Basic Projects. There, Towill heads up the design team for projects that include residential buildings, commercial spaces, restaurants, and hotels.

Photo: Kim Thomas
Attn plant lovers: Carmeon Hamilton is a name you’ll want to bookmark. The 35-year-old Memphis-based environmental curator, interior designer, merchandising consultant, blogger, and content creator behind the brand Nubi Interiors is decidedly one to watch. She has a serious knack for greens (peep her Instagram for inspo), and her work is imbued with a self-described “modern bohemian” aesthetic.

Photo: Carmeon Hamilton
Hamilton works with residential and commercial clients and was voted one of the Top 15 Interior Designers in Memphis by Builders Direct. She’s been featured in several esteemed publications including Domino, Architectural Digest, and Essence.

Photo: Paul Forney
For the whimsically inclined, Jessica Ayromloo’s colorful, modern approach to interior design is evident in her one-of-a-kind spaces. She founded her own interior design studio in 2012 after years of experience in custom residential and boutique hospitality design.

Photo: Annie Schlechterr
Ayromloo is a member of the Los Angeles art and design community and liaises with local creators like artists, artisans, and craftsmen. The end result always reads fun, fresh, and unique.

Photo: Casey Moore
Born and raised in Mexico, Stephanie Barba Mendoza is a London-based interior designer with a penchant for an adventurous aesthetic. She spent 10 years at internationally acclaimed Martin Brudnizki Design Studio, where she led a range of global projects spanning hospitality, residential, and retail. Her work is punctuated by impactful colors and one-of-a-kind materials that lend the finished project a lively mood.

Photo: Casey Moore
Mendoza is currently working on a mid-century-inspired home in Coconut Grove, Miami, as well as a “maximalist dream” in Antwerp (both to be completed in the summer).

Photo: Astrid Templier
Brandon Schubert’s background isn’t what you think it is. Prior to becoming an interior designer, he was a lawyer. Schubert pivoted career paths and did a three-month interior design course at the Inchbald School of Design before starting with Ben Pentreath’s interior design team, where he stayed for three years. In 2019 he launched his own studio, Brandon Schubert Ltd. His current projects include a Grade II listed villa in Hampstead, a house in Dublin, and a house in Clapham, as well as a flat in the Little Venice area of London, and another overlooking Hampstead Heath—you might say he’s keeping busy.

Photo: Astrid Templier
Schubert’s approach is grounded in an appreciation for the architectural history of the building itself. He creates interiors and mixes furniture and artwork that draw on different time periods that all come together for a room that feels rich in storytelling.

Photo: Becky Stavely
Baltimore native Tiffanni Reidy received her master’s in interior architecture from the George Washington University and has an undergraduate degree in graphics and photography from Syracuse University. Bold color and attention to light and shadow influence the direction of her projects, as does an emphasis on renovation design. Her work ranges in and between interior architecture, creative direction, graphic design, photography, and publication design.

Photo: Becky Stavely
Before she launched her eponymous design studio, Reidy Creative, in 2018, she worked as an interior designer in the D.C. metro region. She also founded DomiCile magazine.