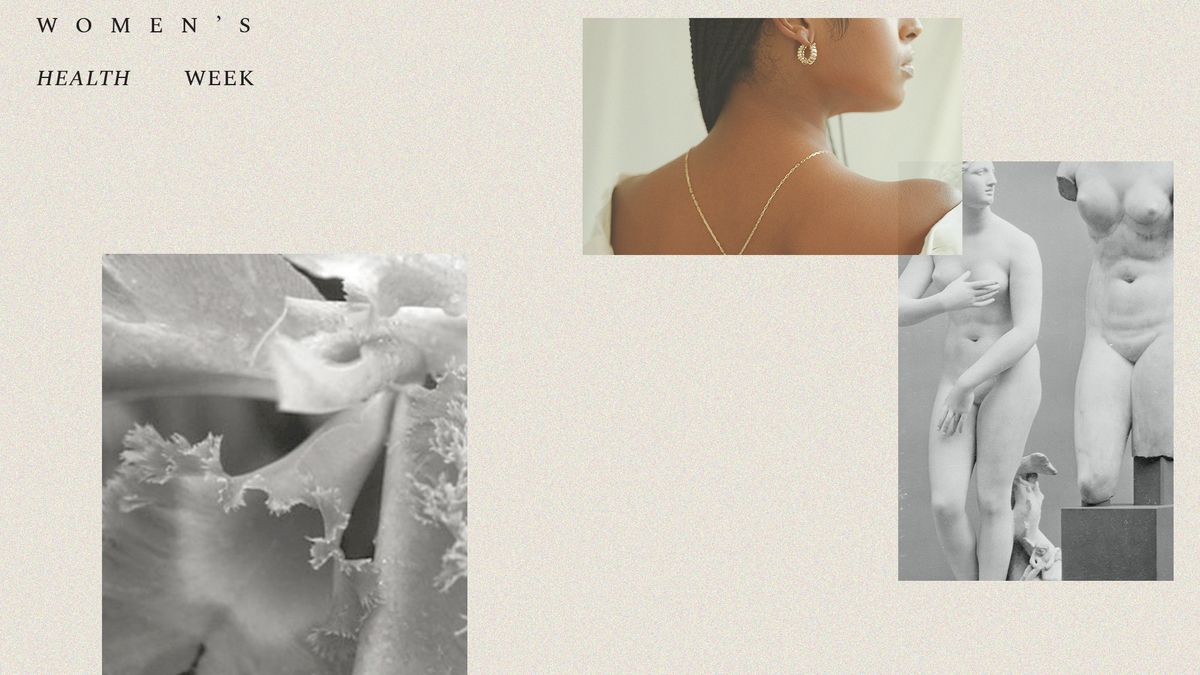 The questions you’ve been dying to ask, from someone who’s been there.

Victoria Malloy
Graphic
Rachel Pickus
According to the American Society for Reproductive Medicine, a healthy 30-year-old woman has about a 20 percent chance of getting pregnant each month. By age 40, that number drops to a staggering 5 percent. These numbers are eye-opening and enough to throw any woman of childbearing age with aspirations of motherhood into a tailspin.

Whether it’s prioritizing her career, achieving financial stability, or searching for a suitable partner, women seem to be delaying motherhood for a multitude of reasons—in fact, The New York Times found that the average age of first-time mothers in 2016 was 26.3 (compared to 1980, when the average age was 22.7), but among college-educated women, that number jumps to 30.3. Since more women are waiting longer to have their first child, fertility challenges are becoming all the more common.

Danielle Prescod, style director at BET, didn’t want this to be her reality. At 30 she made the decision to be proactive with her reproductive future by freezing her eggs, and she shared her experience with Coveteur in the hopes of providing information for other women.

“I didn’t want that to be my reality.” —Danielle Prescod

Thanks to our increasing presence in the workforce (coupled with the unforgiving nature of our biological clocks), more women are turning to reproductive technologies to assist with becoming mothers later in life. Says Prescod, “I turned 30 and broke up with a boyfriend who I thought I was going to marry. I got back into dating, which wasn’t going well, but the one thing that I definitely knew for sure was that I wanted to have kids.”

When it comes to women’s fertility, the quality and quantity of eggs are important, as the odds of a successful pregnancy and healthy baby are higher if a woman has an abundant supply of healthy eggs. Having worked in fashion for so long, in roles at ELLE, InStyle, and now BET, Prescod watched numerous women toil away in their careers, hit 40, and then confront fertility issues. Although she knew dozens of people who were doing IVF to get pregnant, she still wondered how so many wind up at that point (well beyond the peak fertility years of our early 20s). “We think we have so much time, and then the years pass us by,” says Prescod. “I didn’t want that to be my reality.”

As she continued to contemplate parenthood, a friend shared her own outlook on the process, stressing that she might have to grow more comfortable with the idea of having a baby alone. “I thought, What a really good way to think about this,” says Prescod. It was at this point in 2019 that she began contemplating the idea of freezing her eggs.

“I started looking into fertility clinics and went to a seminar where I was likely the youngest person in the room by about 10 years,” says Prescod. What used to be an option that garnered interest mostly from women in their late 30s, egg-freezing clinics are setting their sights on the younger generation, targeting women in college, when their eggs are at their healthiest.

As you may expect, the process began with feet in stirrups for a fertility assessment, including a transvaginal ultrasound to provide an understanding of Prescod’s fertility, and blood work to test Anti-Mullerian Hormone (AMH), which indicates a woman’s ovarian reserve levels. What followed was a consultation to discuss Prescod’s medical history, the results of the fertility assessment, and personalized expectations of egg freezing. The start of the process wasn’t without its hiccups. After waiting the entire month of May to get her period (thanks to her IUD), Prescod was ready to get started on the injections only to find out she had an ovarian cyst that the doctors recommended be aspirated prior to getting started. A procedure she was awake for and recalls being very scary, things went off without a hitch, and with a sizable haul of meds in hand, Prescod officially kicked things off on May 29, 2019.

“I had to plan my video shoots and all my work schedules around it.” —Danielle Prescod

Under typical circumstances (pre-COVID), Prescod would find herself on an airplane every other week, one of several no-nos in going through the egg retrieval process. She knew the commitment challenges going into it, but in looking back on the experience, she can’t emphasize the day-to-day interruption enough. “You have to do this uninterrupted; you cannot go anywhere,” she says, referring to daily visits to her doctor for blood tests and ultrasounds. “I had to schedule my appointments for 8:00 AM so I could make it into work on time, and I had to plan my video shoots and all my work schedules around it,” says Prescod.

You also have to be 100 percent committed to the daily hormone injection routine, which she describes as extremely stressful. “You get trained to give yourself the shots in the office bathroom or wherever you are,” she says, revealing that she even had to excuse herself from dinner at a bachelorette party in the Hamptons to maintain the strict schedule. She also describes mixing the injection liquid and powder with chemist-level accuracy, a step that still has her in disbelief that people are allowed to do this at home, alone. And although she did suffer a couple early mishaps, she’s quick to acknowledge that you do get the hang of it eventually.

The other items to avoid during hormone therapy (which is stimulating your ovaries to produce multiple eggs) are sex, exercise, and alcohol. Thinking the no-exercise rule only applied to those with an infrequent activity level, and not someone seasoned like herself, she attempted a spin class and almost immediately began cramping. A lesson learned, but she still found it difficult not to exert her body in the way she was used to throughout the process.

“I wasn’t prepared for how lonely it was.” —Danielle Prescod

Prescod admits she had a lot of anxiety going into the egg-freezing process, but the inconvenience of it all had her wanting to forge ahead and get it over with. “It’s too intrusive on your life, especially if you are a busy person and a social person. I wasn’t prepared for how lonely it was,” she says, noting by comparison how having a baby is typically something you do with another person. Not having a partner by her side supporting her through the process left her feeling isolated. “There aren’t a lot of people who can relate,” she says. “And having to go to work and perform as business as usual. I went through all of that, but no baby at the end of it all,” she laments.

While she may have gone through it alone, Prescod did, however, take her approximately 69,000 followers on Instagram along on the journey with her, sharing a detailed account of her experience, one which lives on as a highlight on her feed for curious minds.

By June 10, 2019, Prescod was losing steam, exhausted by the daily shots and regular doctor visits. She was ready for it to be over. As her stomach got progressively bigger (due to her ovaries starting to swell), she felt bloated and could only wear elastic waistbands to be comfortable. Finally, the two weeks were up and (under mild sedation) a needle was inserted through the vaginal wall to remove follicular fluid—containing eggs—from the ovaries, a quick procedure that takes about 15 minutes with little downtime. Prescod returned to work (and exercise) the following day.

Prescod shares that she didn’t feel prepared for the changes she’d see in her body. As a fairly healthy eater, she committed to not restricting any foods while on the meds, and she was ravenously hungry all the time. She notes that throughout the entire process she gained about 10 pounds and struggled to shed the weight post-procedure. A month or so following retrieval, she began noticing effects of the hormones, particularly on her skin and mood, and a general sense of feeling “off.”

We budget for things like buying a home or a car, but we seldom think about the costs associated with the challenges of becoming a parent. Prescod had done her research and was aware of the costs associated with the procedure, which is arguably the most significant factor in considering pursuing it. “It’s not cheap, and the most expensive part of the entire process are the fertility drugs,” says Prescod, highlighting that the medication amounts vary from person to person and are dependent on the number of rounds required. Prescod, as a healthy 30-year-old, only underwent a single round, and she didn’t need too much medication for stimulation. The procedure itself runs approximately $5,000, and the medication can range from $6,000 to $10,000. And let’s not forget storage fees, which, for Prescod, has a price tag of $1,000/year. “It becomes quite cost-prohibitive for so many people,” she says. “I found out in reviewing my employment benefits that I had access to coverage that would help subsidize a portion of the cost. Also, some fertility clinics offer payment plans as well as discount programs and financial assistance.”

“Maybe I’ll get comfortable with doing it by myself if I don’t find a partner in the next five years.” —Danielle Prescod

Says Prescod of the process of preserving her reproductive future, “It was the right choice for me. I don’t regret it at all.” While the doctors told her that she could have waited three to four years if she wanted to, her opinion lies on the side of it being better to freeze eggs earlier—the younger, the better. When it comes to finding a partner, she’s quick to point out the challenges in finding a respectful, well-adjusted, and mature co-parent, and says, “Maybe I’ll get comfortable with doing it by myself if I don’t find a partner in the next five years.”

Overall, she encourages early education, advising young women to be proactive and “not be afraid to find out and learn about your fertility potential early. Determine what your priorities are.”