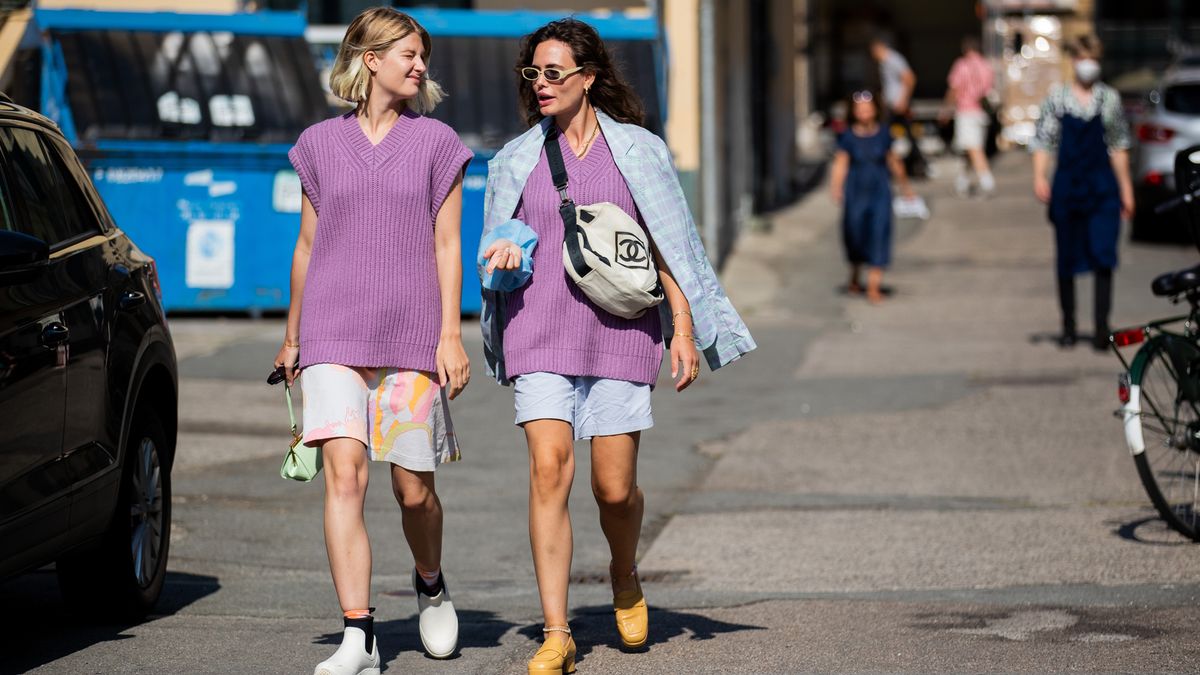 Will a Vest Be the Hero Piece of Your Fall Wardrobe?

2020’s version is cooler than you think.

Camille Freestone
It’s almost fall, which means the fashion industry will inevitably revert to its buzziest word of the season: layering. After months of summer where your clothing options were limited by heat, the first cool winds of September offer a world of new wardrobe possibilities. Before the temperatures drop to leather jacket weather, the vest serves as a great way to layer without suffocating under too much fabric.

Not only is the vest practical, but its status as a trend has been slowly building the past few seasons. Beginning on the spring ’20 runways, we saw classic waistcoat vests everywhere, styled both in a three-piece suit and as standalone tops. Worn on it’s own, the vest, often synonymous with a buttoned-up suit, takes on a new, sexier role in your wardrobe.

At Copenhagen Fashion Week, show goers switched up the trend donning multiple versions of the silhouette. One version, an oversized tailored vest, has endless styling possibilities. Throw it over a tank while the weather is still warm, then swap the tank for a sweater later in the year. Once again, this style can also be worn on its own as a top.

Photo: Getty
The sweater vest, while unattractive in connotation, is being worn in very modern ways. We’ve often seen it layered over a stark white button-down to create an interesting contrast effect. Darker hues give it a more elegant appearance.

The #1 Styling Tip We Learned from the Resort Collections
The Resort 2021 Collections Prove Designers Are Adapting
This Early 2000’s Trend Is Finally Resurfacing
Part of the series: