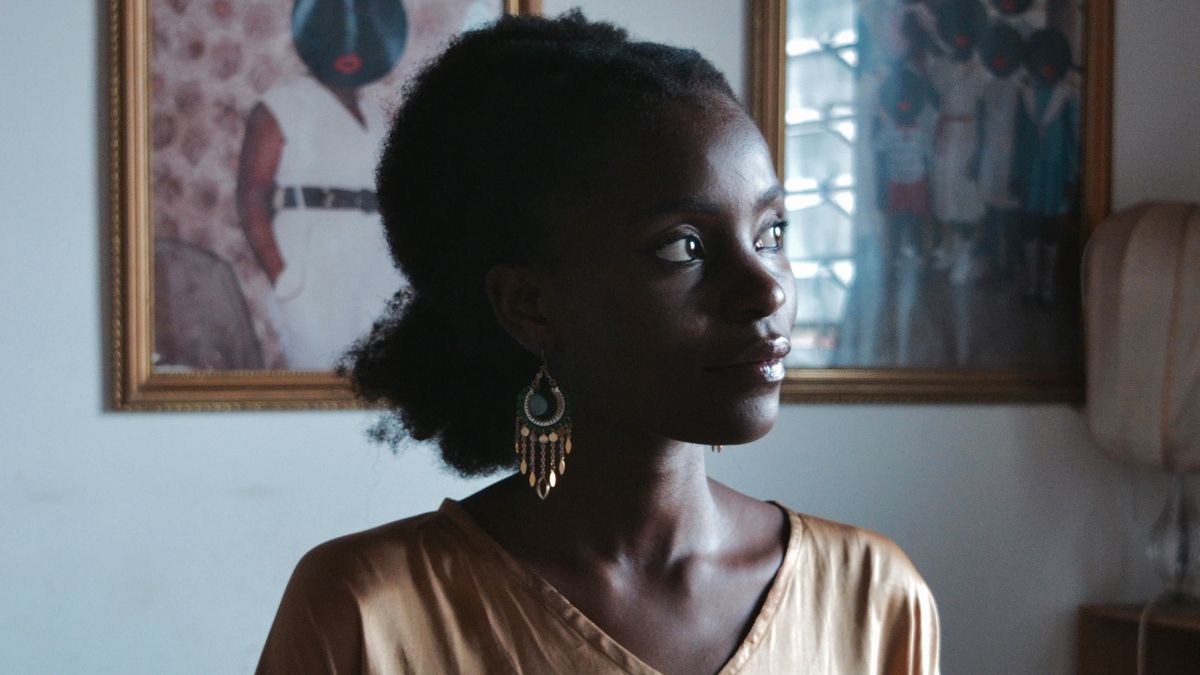 Nana Oforiatta Ayim on Quarantine in Accra and Deconstructing Privilege

The God Child novelist gives us the 411 on her favorite Ghanaian artists, filmmakers, musicians, and writers.

As if that weren’t enough, she’s also creating a mobile museum to give Ghanaians control of their own narratives and has pioneered the Cultural Encyclopedia, an open-source resource for historical and contemporary African arts and culture.

The God Child, which The Guardian called an “ambitious debut,” tells the story of Maya, a woman with Ghanaian parents who grows up in Germany and feels like a foreigner in both countries. Loosely based on Ayim’s own upbringing, the narrative is ultimately about the relationship between mother and daughter and the constant striving throughout one’s life to tell that story.

We spoke with Ayim from where she lives in Accra, Ghana, about the notion of privilege, storytelling, and her favorite Ghanaian artists, filmmakers, musicians, and writers.

Photo: Gilbert Asante
What’s it like in Accra right now? Have you spent all of quarantine there?

“From the beginning, our government and president have shown quite strong leadership—borders were shut immediately, there was widespread testing, those that had flown in before the borders were shut were quarantined, and we started producing PPEs. Our numbers were not, and still are not, as radical as they have been in the West.

“The number of deaths is now still at around 100, which is mostly those that had underlying medical issues. I don’t think we’ve had here the deep anxiety or feeling of lack of control that my friends in, for example, Italy, England, or the US had. Even though our numbers are slowly rising—we have now more than 5,000 active cases—it feels more like a severe outbreak of the flu rather than the killer virus it has been in the West.

“Those I know that have had symptoms have treated themselves with the natural remedies we’ve developed here for those symptoms over centuries, and I wish more visibility would be given to them. I know that Madagascar piloted a natural remedy, which is now being tested and ‘validated’ by Germany, as if Germany’s word somehow counts for more than Madagascar’s.

“I was due to fly to New York just as the outbreak was worsening, but thankfully my book launch there was canceled just before the borders closed. Our lockdown eased about a month ago. We still have several restrictions in place, and those who can work from home [do]. At the moment, there is a lot of talk about the economy and what we can do to offset some of the damage that COVID-19 has caused to individuals and businesses.”

The Ghana Pavilion, curated by Nana Oforiatta Ayim and designed by David Adjaye, at the 58th Biennale di Venezia. Venice Biennale. Venice, Italy.
Photo: David Levene
Your book tour was postponed due to COVID-19. How have you been promoting your book from home?

“To be a creative of African descent, you often have to be the creator of context as well as the creator of content for the work to be appreciated on its own terms. I have spent so much time creating structures—through my arts organization, ANO, through the work I’m doing on the restructuring of museums—that I often neglect this precious, intimate part of me, the writing. Especially in this moment of reckoning and shift, where we are trying to figure out how best we can contribute. So, though I have done a few Zoom readings and talks, my work has been more about responding to the moment.”

Your novel begins with a beautiful quote from the poet Nayyirah Waheed: “My mother was my first country, the first place I ever lived.” How much of your relationship with your mother made it onto the page?

“It was more the essence of my relationship with my mother that might have shone through rather than the reality of it, the complexity, the love and resentment in the same heartbeat, what gets lost and passed down across generations, the affinities and misunderstandings, and also the journey of becoming free, of becoming yourself, as a woman, as a young African woman in this world, and the struggles that come with that.”

We’re in such a divisive time, but also a time of great unity and reckoning. Family is one great unifier—we are all someone’s child. Can you speak to how you used this concept to fuel your writing?

“The novel has sometimes been called an immigrant novel, which I don’t necessarily agree with. First of all, the term ‘immigrant’ is so flattening—there is no nuance, no allowance for plurality or individuality in it. And then it has always irritated me that, for example, Europeans in Ghana are known as expats, and Ghanaians in Europe doing the same kinds of jobs are known as immigrants.

“This hierarchy of value, which is, for the first time in my life, being questioned so openly, whether it is of race, or class, or income bracket, erases exactly that we are all somebody’s child, or rather that this is of equal value in all cases. This notion of privilege—of the construction, the perpetuation, and the belief in it, and the shame of it, the desire to deconstruct it—is really at the center of the book and of Maya’s struggle.”

Photo: Naafia Naah
Have you always felt passionate about telling African stories? Can you remember what first inspired you?

“It is something I have felt I had to do, because I hadn’t seen them widely represented in the way that I feel and experience them.

“In the book, Maya has a moment as a young child where her blonde, blue-eyed friend tells her she is not allowed to tell a certain story. It doesn’t fit into the narrative this young girl has heard of Africa. Growing up, in part, in Europe, I had a similar sense—that I was supposed to fit into only certain small spaces, and that in order to exist, I had to create my own [space]. This book, all the work I am doing, is, in a way, my attempt to create those spaces in which I can breathe freely and exist.”

Do you feel it is more important than ever to tell these stories?

“Since I moved to Ghana, and especially lately, I’ve been less concerned about telling my or our stories to the world and more in uncovering and just existing within them. I’ve grown into the privilege of just being, which was hard-earned.”

I saw that the leader of the Black Lives Matter protests in Ghana was arrested. Did you attend any of the protests? What’s the general feeling about this in Accra right now?

“There were several vigils, some organized by the government, some by the Diaspora Forum. Only one was broken up by the police, which was a shame and somehow invalidated the others.

“We have our own problems here, on which I and many others are working—one of which, like everywhere, is this question of privilege, who gets to protest or be heard—but the leader who did get arrested, Ernesto Yeboah, is a disruptor with a strong voice and a strong following, and I’m interested to see what he does next.”

Some of the ANO team members discussing Cultural Encyclopaedia.
Photo: Courtesy of Nana Oforiatta Ayim
Can you tell me more about the cultural encyclopedia of the 54 countries of Africa you’ve created? Who do you hope to reach with this project, and what do you hope they’ll learn?

“We’re still at an early stage with this project, and it’s already doing what I hoped it would, which is attract some of the brightest minds I know to radically reimagine narratives from and of the African continent. It is unbelievably exciting to see it develop.”

What are you reading right now?

Who are your favorite Ghanaian artists, filmmakers, musicians, and writers?

“For art, the artist Amoako Boafo’s works are like elegies. For film, the filmmaker Frances Bodomo’s work is beautiful and meditative, and I love Michaela Coel more than words—her work and voice are vital.

“For music, there’s a really interesting underground scene happening at the moment around artists like Wavy The Creator. For writing, I love Abena Dove Osseo-Asare’s book Bitter Roots and Jonathan Dotse’s futuristic narratives.”

What are you looking forward to most as your book makes it way into the world?

“I’m most looking forward to the book going out and finding those that it needs to find in the same way those books I needed found me when I was growing and anchored me to the world and at the same time presented me with infinite possibilities.”