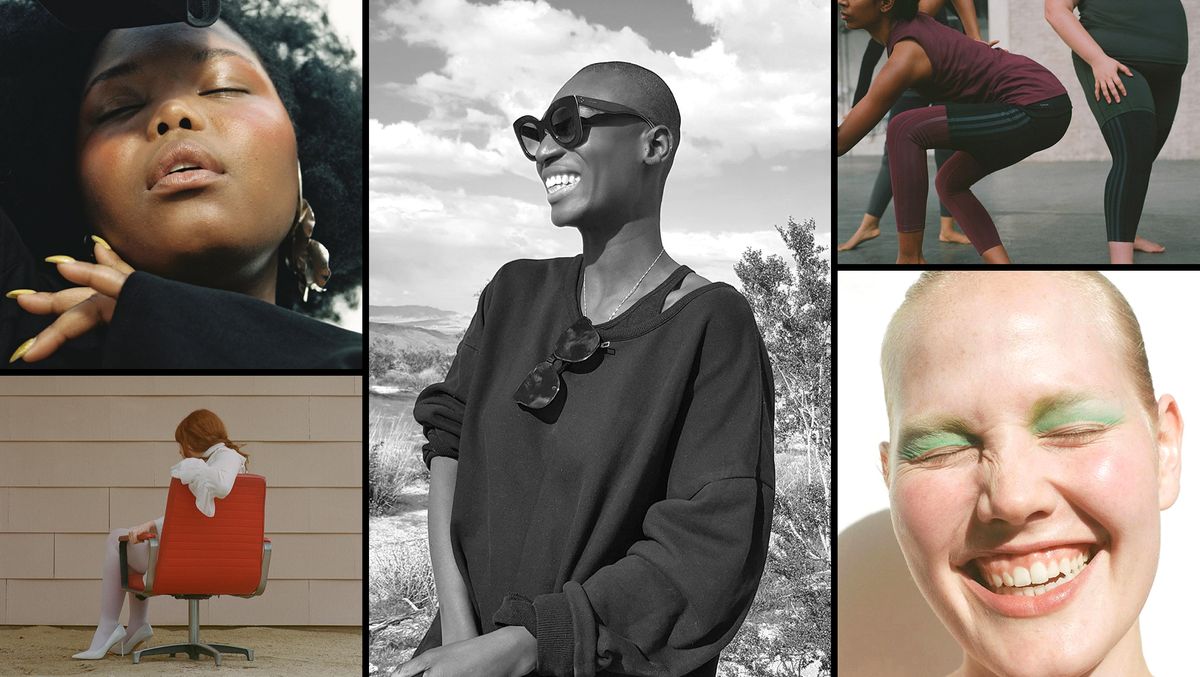 Meet the Creative Director Reminding Us What True Authenticity Looks Like

Camille Freestone
Graphic
Rachel Pickus
Authenticity is a word that’s thrown around so much that it often loses its true meaning, especially now. Brands have formed a sort of formulaic approach as a response to the tumultuous events (racial inequality, police brutality, a pandemic) currently playing out that is easily tainted with hollow intentions. In the wake of call-out culture, companies are left pondering how to reconnect with audiences.

Connecting with consumers in a real way has been the focus of Henrietta Gallina’s entire career. After over a decade of experience in marketing, Gallina, who is now consulting but was most recently the creative director of brand and image at Universal Standard, puts culture at the forefront of her campaigns, disregarding cut-and-dried, data-driven brand messaging. Before diversity became such a buzz word, she saw Universal Standard as an opportunity to pursue what she refers to as true inclusion. Fashion is known and often criticized for inserting the token light-skinned thin model to check the diversity box. The imagery she produces depicts women of every size, skin color, height, age, sexuality, hair color, you name it. “This is what true inclusion looks like when people talk about it, not when brands talk about it,” says Gallina.

Gallina’s goal in her campaigns is to find harmony between creating something that is relatable but also editorial, beautiful, and elevated. “It is a constant battle, and I definitely don’t always get it right,” she reveals. She steers clear of a “formulaic idea of beauty,” the predominant narrative of the fashion industry. And while she acknowledges that these women are obviously very beautiful, that imagery already exists in so many different forms. “I think that if you can’t really scratch beneath the surface to find something even more interesting,” Gallina explains, “there’s no point in doing it, particularly in a very saturated digital landscape.”

Inclusion is about more than just the images. “We probably are talking psychological impacts of what all of this imagery is doing to us a lot more, but we don’t really discuss it honestly in fashion—the idea of this is how you’re perfect, this is how you’re validated, this is how you’re seen as beautiful.” Especially for those that don’t fit the constructs of Western idealized beauty, to see someone that looks like yourself deemed aspirational via imagery is extremely powerful.

Raised in a large West-African family in North London, a multicultural section of the city, Gallina was not used to the white-washed nature of the industry. “I grew up around people that were different sizes, different races, different cultures. These were the most beautiful people, the most beautiful women I’ve ever seen, and I didn’t ever see that represented in fashion, which I thought was odd.”

She always knew she wanted to work in fashion, but wasn’t sure what aspect she was best suited for. “It was really in the marketing department where I was like, ‘Oh my god, this is where all of the magic happens.’ It was this really great amalgam of all these different functions, from advertising to experiential to brand positioning and strategy.” Her résumé includes stints in marketing departments at Fred Perry, Topshop, Alldayeveryday, and Karla Otto. “[Marketing] was very smart, and it required layered thinking and critical thought. It was an area that I felt I’d found this home.”

Gallina is attracted to marketing strategies that “lead with culture,” which sometimes results in her coming off as what she describes as “a CEO’s worst nightmare,” she told us, laughing. “I’m not a data/numbers-driven person at all, like at all,” Gallina explains. “Everything I do to analyze culture is very much through my obsession with it. I’m always reading something or listening to something or watching something. I just love understanding why people do what they do and how culture operates and moves forward.”

The marketing industry that Gallina entered as an intern roughly 15 years ago is very different from that of today, which is why she shifted into the field of content creation, a subset that loosely falls under the 2020 umbrella of marketing. “It was all about brand positioning and storytelling. Basically, how are we going to make this brand cool and culturally relevant and position ourselves in how we exist in the world?” says Gallina. As brands enter the digital sphere, marketing has shifted to become “lensed through performance.”

“Authenticity looks a certain way now,” Gallina explains. “On social media, you’re like, ‘That’s an authentic image,’ or ‘That’s a transparent brand.’ There’s even a font attributed to it and a way of dressing and a type of influencer.” It’s so easy to get caught up in the metrics and hop on this bandwagon that many forget they are dealing with very personal and emotional issues.

You’ve seen the black squares. You’ve heard the apologies. But what comes next? “We’ve all been having the conversation in some way, shape, or form,” says Gallina. “Now the challenge is how do we do that authentically so that it doesn’t seem like public-facing rhetoric and placating imagery.” This is where Gallina shifts the conversation in this “age of responsibility” to racial equity versus equality, “a nuance that I don’t know that people are necessarily looking at.

“It’s not enough to put bodies in seats. It’s not enough to put faces in campaigns. It’s not enough to say, ‘OK, we’re going to increase our Black employees by 15 percent or by 25 percent.’ We need to be in these rooms, but we also need to be empowered.” Bringing a person of color into a toxic work environment isn’t going to help anyone and will likely end up backfiring. “We’re almost bulldozing our way to success, and a lot of the intuition, the empathy, the kindness, all of that stuff gets completely overlooked because it’s not efficient and is also mapped against the fact that emotions are really commoditized.

“When we talk about compassion and empathy and kindness and all of these other things, it feels quite branded in a way. By virtue of that, you are thinking and talking about it in the complete wrong way.” Making business personal requires a lot of introspection and self-awareness, which is neither easy nor always pleasant. If companies opt for a solution that’s simpler today, they may be disregarding the long-term negative repercussions ahead of them.

Along with fellow industry veteran Jason Campbell, Gallina has provided the industry with both ways to stay informed and steps to take action. Their podcast The Conversations, which speaks candidly on important discussion regarding fashion and culture, is now focusing on what is hopefully more than the subject du jour: race in fashion. They also co-wrote an op-ed for Business of Fashion titled Fashion Is Part of the Race Problem.

The pair has most recently teamed up with Kibwe Chase-Marshall to formulate The Kelly Initiative, described as “an actionable four-point plan that outlines a lot of metric-driven, quantifiable information that you can opt into,” in response to the CFDA’s weak proposal to combat anti-racism. The points include an industry census, headhunting and recruiting accountability, annual data disclosure, and the Kelly list, which provides “top-tier talent” across all fields of the industry that brands can call on.

The Kelly Initiative, along with other proactive proposals such as the Black in Fashion Council and The Fifteen Percent Pledge, are proof that individuals and companies can no longer claim to not know how to act. Prominent, experienced individuals of fashion’s Black community have provided in-depth action plans. They have moved beyond criticism to ask companies to work with them instead of against them.

When Gallina said ‘There’s just no point in putting out something that isn’t additive,’ she was talking about imagery. However, the statement resonates just as well in all aspects of this current climate of racial fallout.