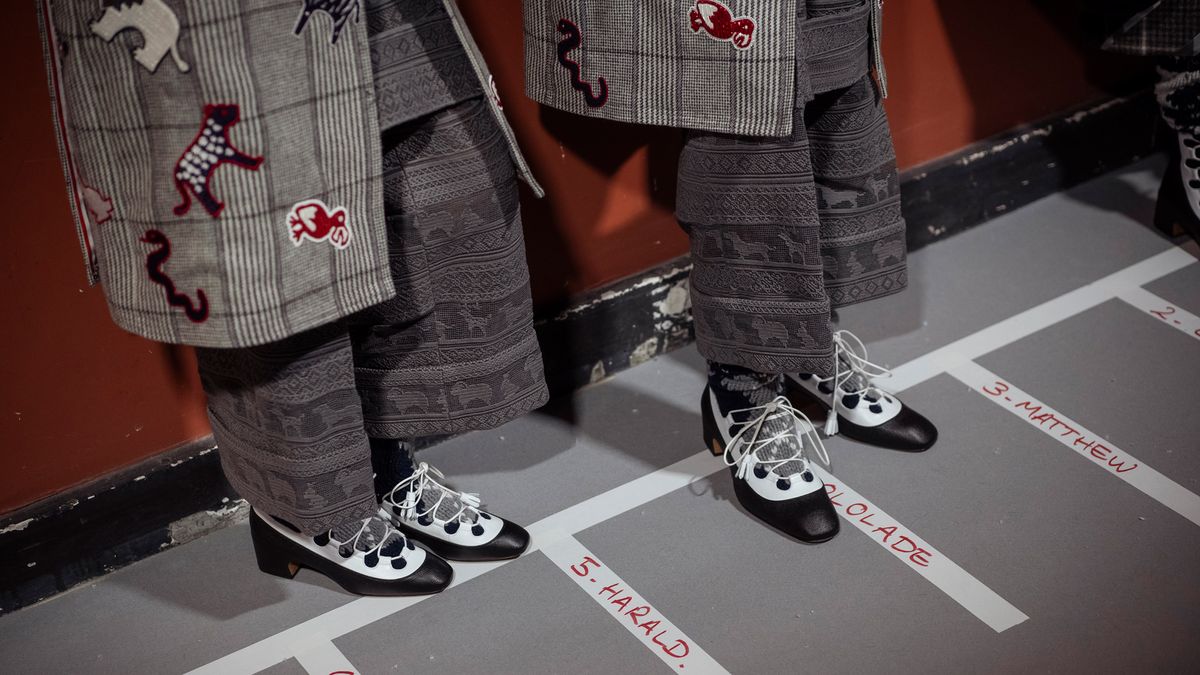 How the industry’s systemic racism pushed this writer to switch industries altogether.

For the past few weeks, the world has been waking up to the things black Americans have been screaming into the ether for decades: that racism permeates every system in this country and prevents many of us from pursuing that illusive American Dream. For black people who work in fashion, the industry that lauds itself as a bastion of progression and inclusion, seeing designers, editors, and industry gatekeepers come out in solidarity with black Americans feels like a sick joke. These were some of the same people who were mentioned without name in Lindsay Peoples Wagner’s revealing article for The Cut, “Everywhere and Nowhere. What it’s really like to be Black and work in fashion.” The nepotism, microaggressions, and unfair labor practices that make up the fashion industry are the very reason why a few years ago I simply said: Fuck fashion.

It wasn’t until my senior year of college that I realized I wanted a career in fashion. I’d always had a love of style—my manner of dress was and still is my superpower. As the great philosopher Rihanna said, “She can beat me, but she cannot beat my outfit.” For as much as I loved playing dress-up, it never dawned on me to pursue a career in fashion. At the start of the semester, as I was wrapping up my marketing degree, my advisor looked me up and down and suggested taking some fashion electives to round out my last year, and dammit, I was hooked. I was so eager to get out into the world and start my fashion career...in Atlanta...during a recession. (I know, right?) After a few failed attempts, I accepted the inevitable truth that if I was really serious about having a career in the industry, I had to move to New York. Looking back, it just didn’t seem like something that was for me. I was born and raised in Atlanta, from a working-class black family. How could I possibly live and work in a city that has one of the highest costs of living, with no real money or friends in such a fast-paced industry?

I decided my safest bet was to apply to the Fashion Institute of Technology, get an internship, climb the corporate ladder, and become a marketing executive for one of the luxury fashion houses. No sweat. I got accepted to FIT—check. I secured an internship at a major American fashion house—check. Now all I had to do was be the star intern and wow them all enough to get hired. Again, no big deal, right?

The children of the black working class have always been told that as long as you work harder than everyone else, your hard work will eventually be rewarded. But they don’t know how to prepare us for the politics of corporate America. That, more than being a hard worker, you must be likable and non-threatening, and those are two things you rarely have control over as a black woman. I was one of two black interns, shorter, curvier, and older than every other intern there, but I was ready and willing to work hard and pay my dues. I didn’t get class credit, nor was I paid, but I was hungry to make a name for myself, and I knew this was the ticket to get that done.

After about a month or so of doing coffee runs, setting up and participating in market meetings with buyers, designing trunk shows in the homes of some of New York’s wealthiest, maintaining the showroom in between meetings, doing a stint in the warehouse where the clothes were stored, prepping merchandising boards, running mannequins to and from the stores...something changed. Suddenly, the VP of the department who once bragged about the stellar job my fellow intern and I were doing no longer knew the difference between us, using our names interchangeably. This wouldn’t have been such a huge deal were we not the only two black girls and had we looked anything alike.

I was told to carry a bespoke wedding dress from midtown Manhattan to Long Island City when one of my superiors tried to cancel the car service they’d scheduled for me, saying I should have to take the subway to do it even though it was raining and the box was bigger than I was. We were discouraged from eating the catered food in the showroom and were told only to eat from the leftovers on the window seat. We were made fun of for eating actual food during our lunch hours. “Well, somebody’s hungry today,” we heard in between giggles. On two separate occasions I had to console a supervisor who was hysterically crying over how she was being treated. I was yelled at and almost physically assaulted by another of my superiors for asking for clarity on an assignment. I promptly went outside to call my mom and told her to get on the next flight to New York to bail me out of jail because I was fed up. Would these things have happened to any other intern who was white or otherwise non-black? Probably so. The difference is they have a better chance of working their way up to the C suite than the black girls who willingly sign up for slave labor just so we could have the experience most of these jobs demand you have.

There was one woman in particular at this fashion house that was responsible for single-handedly turning the company’s older image more youthful. We were obsessed with her. We spent many days swooning over her style and how she seemed to float through the showroom with the designer during model castings and design sessions. One fateful day we were invited to listen to her speak at our school, so naturally, we jumped at the opportunity to hear how she worked her way up to become the unofficial face of a heritage fashion house. During her talk she was very flippant about the fact that she’d studied art in school and didn’t care much about fashion. After graduating from college, her father set up a meeting for her at an international fashion house, where she began working as an assistant and then made the transition to her current role. I was devastated because this became the normal track record for most of the people I would encounter in positions of power in fashion. It was easy for them to take jobs that paid nothing because they came from families that could afford to subsidize their very comfortable New York lifestyles. They had a certain pedigree that meant they didn’t even have to apply for jobs. Their parents were well connected, and by association, so were they. While we were starving just to gain experience, they were handed these opportunities.

By the time graduation came, I left very unceremoniously, not even hoping to get hired. I didn’t even get a thank-you for the months of free labor, and my emails requesting a reference for future positions went unanswered. Requests for a coffee date where I could receive feedback on my performance were also met with radio silence. I still managed to graduate magna cum laude and secured a freelance writing job for a now defunct online fashion outlet right afterwards. Writing about style, beauty, and pop culture became my savior as a second stream of income and as a creative outlet, as I continued trying to work in corporate fashion. A temp job here, a temp job there, and all the while I was being paid pennies for really hard work just to say I worked in fashion. I thought I’d finally made it when I was hired full-time at an American leather goods company, but once again, I simply couldn’t fit in. My manager told me during my 30-day review that I lacked self-awareness and accused me of forging my résumé. After a brief panic attack in the restroom, I accepted that it wasn’t worth it. Was I just a shitty employee, or was something else at play here?

Because I started my fashion career relatively later, I simply couldn’t afford to keep working in positions that had no promise of advancement in title or pay. When my final temp contract at a London-based fashion house ended—on my birthday, no less—I was prepared to move back to Atlanta, tail tucked firmly between my legs. I figured I’d get a job as a bottle-service girl and just build my own platform from the comfort of my mother’s house, until a friend suggested that I go find a job as an assistant in New York just to make some money until something else in fashion came along. The recruiter looked over my résumé and, without even looking up from the paper, said, “You need to quit fashion, because you’re never going to make any real money in that industry. You can access fashion in a number of ways that don’t require you to be poor.”

Her words stung, but they rang true. Life was passing me by because I couldn’t afford to do anything, even though I was always working. I decided then that I should get a more lucrative position that would allow me to build my brand and my writing career, and I haven’t looked back.

Regardless of what you see on the runways or in ad campaigns, the boardrooms in many industries are still lacking actual diversity. Homogeneity stops progress and kills creativity, which doesn’t bode well for an industry that thrives on both. Fashion has profited off black culture for so long while turning a blind eye to the systems that uphold white supremacy and prevent us from being active, attributable creators. When the company’s employees all come from the same background of people who use summer as a verb and are new to the concept of systemic racism, it’s no wonder that a company with as many resources as Gucci can produce a blackface sweater and no one in the room says boo. This is why models with textured hair are often left to their own devices backstage at runway shows, because hairstylists are not required to know how to style it. This is why there is so much untapped talent, why stories go untold, and the same three or four influencers are slated to do talks on diversity. Because the circles who are making the call are small and unaware. Until it rids itself of the old guard that demands employees come from a certain background so they don’t have to pay livable wages, fashion will never be a truly progressive or inclusive industry.

Why I’m Pumping the Brakes on “Self-Care”