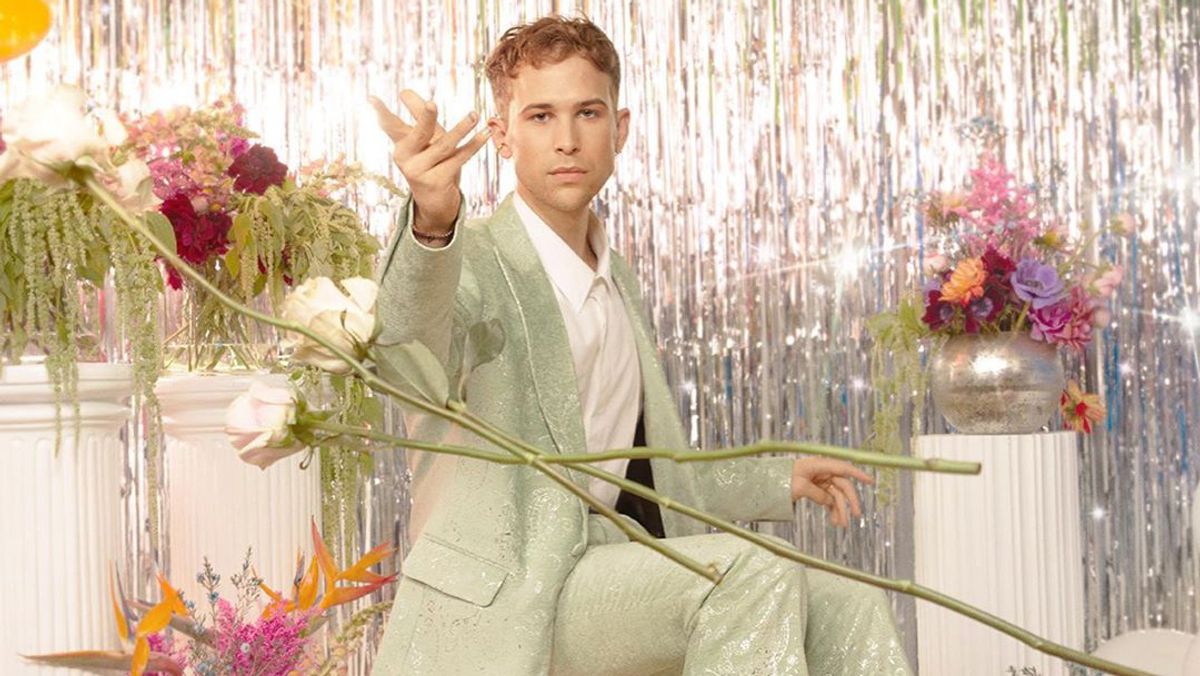 Tommy Dorfman Is Not Here for the Faux-Woke

The gender-nonbinary actor talks allyship in the time of Black Lives Matter and surface-level inclusion in fashion.

Jennifer Hussein
When it comes to exposing the toxic underbelly of everything we’ve previously deemed progressive, Tommy Dorfman throws caution to the wind. The gender-nonbinary actor isn’t coy in bringing fashion, film, media, and the LGBTQIA+ community’s wrongdoings into the chat, but with all the problematic behavior being paraded and condoned by just about everyone else within those realms, why should they play bashful? Right now, in the time of white and non-black celebrities spoon-feeding us heaping piles of crocodile tears while vaguely chanting “I take responsibility” over social media, Dorfman is giving us what we all crave: an unapologetic presence ready to go to the front lines.

“Racism is not exclusive to straight people; transphobia is not exclusive to straight people,” they say. “As white people who identify as queer, or gay, trans, or cis, what have you, it’s imperative that we’re doing the work to investigate our own part in systematic racism, specifically within the LGBTQ community in how we’ve either treated black people or BIPOC people in our journey, in our life. If you work in a corporation or you work in casting or you work in entertainment, I’ve often found that some of the most homophobic and problematic or transphobic people in entertainment, for example, happen to also be gay, happen to also be queer.”

To put it frankly, Dorfman—inarguably the biggest breakout star from Netflix’s recently wrapped show 13 Reasons Why—is tired of the bullshit. They’re sick of brands, Hollywood, and people in general creating a thin veil of inclusion and diversity only to be later exposed as another name to put down in the encyclopedia of cancel culture. They’re done with labels like Salvatore Ferragamo posting Black Lives Matter onto their social media pages and putting plus-size models down their runways without living up to their words. They’re up to here with major media publications turning a blind eye to problematic businesses solely for advertising dollars.

They just want to relax in their slip dress to beat the rising summer heat, but there’s too much going on at the moment to sit down and be a bystander.

“Casting is one thing, but also, who’s making these decisions?” they say. “White people, mostly men, at the top of that ladder. The amount of times I’ve heard from queer executives ‘Oh, I don’t know if my boss is going to vibe with this because they don’t relate because they’re a straight white man’ is exhausting. And I think it’s up to the people in those companies to...remove themselves from the position they hold and make space for somebody else. And this is true for black people as well. I think it’s imperative that people look at their companies and take the steps necessary. Things like that need to come, or [executives] have to be taking a salary cut so you can hire another executive. But it needs to happen. This realization that just because you don’t relate doesn’t mean that story shouldn’t be told.”

With the continuous slew of headlines naming Hollywood’s hierarchs alongside their discriminatory acts—think Lea Michelle, Jimmy Kimmel, and most recently, Eiza González—fashion has a long way to go, as well.

“Why do you think nobody picked up my Ferragamo thing besides a couple blogs and shit?” they say. “Same with Dolce & Gabbana. They’ve been problematic, have stayed problematic, and they still have support from publications like Vogue.”

But while the fight against discrimination and appropriation is still an important one, there’s another dilemma that Dorfman shined a light on: fashion’s surface-level take on androgyny, a word itself that brings more masculine connotations than it does a true genderless definition.

“If I want a really cute dress and it happens to be from a luxury designer, they usually stop at size 8, and I’m a size 10 women,” they say in regards to fashion’s faulty execution of genderless, size-inclusive clothing. “So it’s hard to find stuff that fits and I can feel myself in. The thing I want more than anything is just better shoes. Because what’ll happen is the designer will show heels in larger sizes, for example, but they won’t produce them. And so the options are just really limited when it comes to quality, good, well-made shoes in my size that are feminine. The thing that’s upsetting, too, is often when these companies try to do a genderless collection, it skews masculine, which is lame. Except for Thom Browne. Thom Browne might be a true unisex company. But also, that price point’s nuts. But every time I see, especially a fast-fashion place, trying to [do] a unisex line, it’s just jeans and t-shirts.”

Dorfman would much rather shine a light on brands that they find ethical, groundbreaking, and truly gender-bending. Other than Thom Browne, they cite Fendi’s latest collection with artist Joshua Vides, designs from Nigerian-British designer Mowalola, and the iconic fluidity of Maison Margiela as ones to follow in fashion. “I love Harris Reed, a British nonbinary designer,” they say. “Parker Kit Hill is one of the most iconic fashion people on Instagram—hilarious and super talented.”

Though Dorfman is no novice to the fashion industry and has worked with household names like UGG, one of their most treasured collaborations has been one of their first dives into the beauty industry with Each & Every, a cult-favorite deodorant and fragrance brand with an all-natural ethos. Through this collaborative effort, Dorfman and the independent beauty brand released a limited-edition set of natural deodorants for Pride Month, with 100 percent of the proceeds being donated evenly to The Ali Forney Center—an LGBTQIA+ organization Dorfman has also been working with for years—and the NAACP Legal Defense and Educational Fund.

“We just started working together, and they came to me wanting to do something for Pride, and obviously there’s a lot of other things going on in the world right now,” they say. “So it’s a really interesting time to be celebrating Pride, but if we go back into the history of Pride, Pride being a protest, it’s very timely. So it’s imperative for me to make sure that with this kind of branded partnership, that we have a charitable backer and that we’re doing our best to allocate funds to organizations that need support right now. Not just LGBTQ organizations, but also organizations fighting for anti-racism in America and justice for black people. Even small companies have the potential to create change and allocate resources to people who need them most.”

However, Dorfman’s advocacy efforts don’t start and end with the brands they work with. Unlike many celebrities before them, Dorfman is dedicated to being at the literal forefront of protests—and no, not just for a self-indulgent photo op. They noted that they’ve been trying their best to take part in Los Angeles protests at least once a week, they text with friends daily to educate their peers and themselves on current civil rights issues, and they make sure to use their social media as a means for balancing occasional self-indulgence with frequent advocacy for marginalized voices that have yet to be heard.

“I mean, in many ways I’m late, but I’m playing catch-up when it comes to [the] Black Lives Matter movement,” they say. “I’ve been supportive, but not in the ways that I should’ve been and that we all should’ve been. And I’m grateful now to have an opportunity to commit to this fight. It’s not a black person’s or BIPOC person’s job to teach us right now. It’s our job to teach ourselves.”

So what can we do to be proper allies like Dorfman? Simple: Just put your ego aside, admit your wrongdoings, and just do the fucking work.

“I think if you want to practice being pro-black, start today. It’s not that complicated. It’s uncomfortable,” they say. “As a person who’s very liberal, and I have a black sibling and I’ve always thought, ‘Oh, what do you mean? I’ve never been racist.’ It’s just not true. I’ve discriminated in different ways, some large, some small, even when I think I’m doing the right thing. So it’s important to put your ego aside. And just being gay, or just being queer, does not exempt you from being a part of the problem.

“Sometimes I have to put my job at risk to have these types of conversations, and usually it doesn’t work in my favor, but every once in a while it does, and that can be a really meaningful experience,” they continue. “It’s important that we’re all transparent during this time, and we are saying, ‘This company fucking sucks, and this is why.’ Making reparations public to hopefully show other white people that they have nothing to be afraid of and that they’re going to be supported in doing so as well. I think a lot of white people are just afraid. Well, fuck your fear. You have to take action and do the right thing and trust that what you’re doing is so much more meaningful than perhaps this one job.”