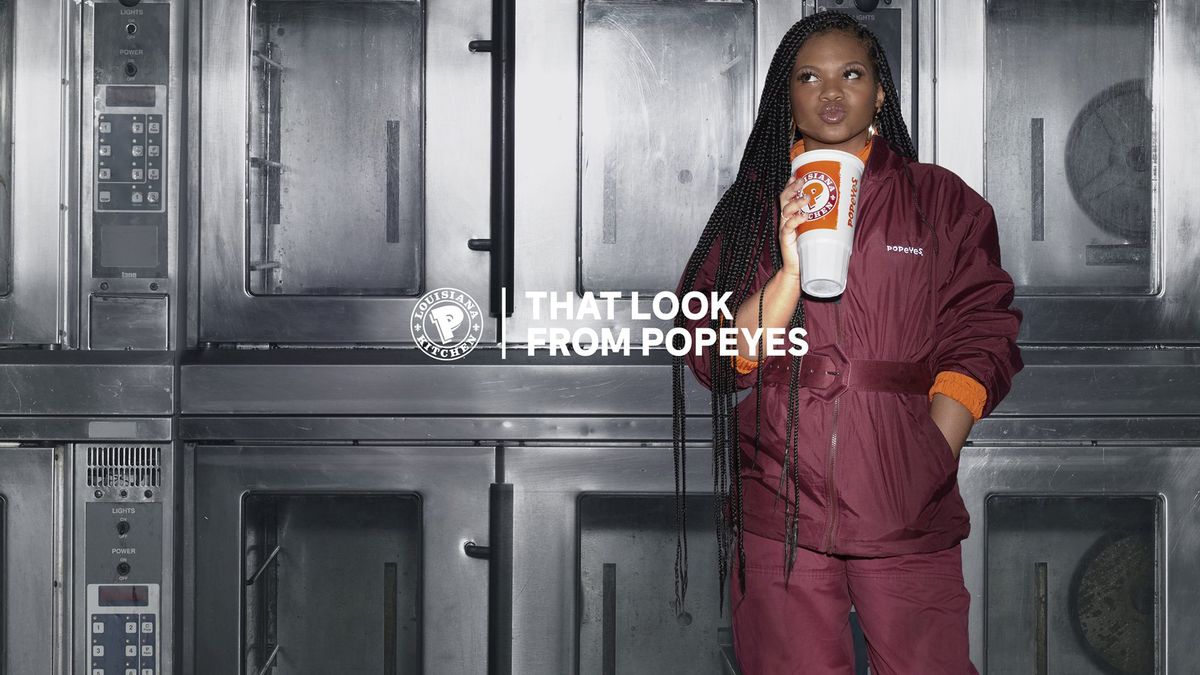 This week on Open Tabs—an assortment of links we have on, well, our open tabs—we’re giving you a peek into our own internet habits and the stories and themes we can’t seem to stop talking about, like the British officially leaving the EU, what to know about the coronavirus, *another* release from Fenty Beauty, and much, much more.

1. Popeye’s Releases an Ivy Park–Inspired Clothing Line (via The Cut)

If you didn’t get your hands on Beyoncé’s latest Ivy Park collection with adidas earlier this month, here’s your second chance–sort of. Popeye’s, the Louisiana fast food chain, has made headlines again–and this time not for it’s sold-out spicy chicken sandwich, but rather its new clothing line that seriously resembles Beyoncé’s Ivy Park collection. Now anyone can buy the company’s uniform, which is decked out in the same burgundy-and-orange colorway as the Ivy Park collection. Hopefully this won’t sell out as fast, but we’d hustle to snag a piece while you still can.

The moment Fenty Beauty fans have been waiting for is finally here! Since the brand’s first release of its iconic Glass Bomb lip gloss, fans have been asking for a clear version. Called “Glass Slipper,” the staple clear lip gloss will release today along with two other shades–“Sweet Mouth,” a soft shimmering pink, similar to the OG shade “Fenty Glow,” and “Hot Chocolit,” a vibrant, rich brown with the perfect touch of shimmer.

3. What to Know about the Coronavirus (via The New York Times)

Over the past week you’ve probably heard a lot about the coronavirus, a respiratory illness that has spread throughout China and has now made its way to a few other countries across multiple continents. Thus far, there have been five confirmed cases in the US—one in Arizona, one in Chicago, one in Washington State, and two in California. Here are the latest updates to stay informed on the outbreak, which the World Health Organization has officially declared a global emergency.

4. It’s Official: The British Will Be Leaving the European Union (via BBC News)

With over three years of discussing, voting, and debating, the United Kingdom will finally be leaving the European Union today, as of 11:00 PM GMT (6:00 PM EST). It became official on Wednesday, when the EU Parliament voted 621 to 49 in favor of Brexit. As for what that means for the EU and the rest of the world, find out everything you need to know here.

5. The Latest in Online Dating: “Whelming” (via Cosmopolitan)

Whether you like to admit it or not, we’ve all had our fair share of online dating nightmares. The latest online dating/dating app trend to arise: “whelming,” coined by SELF editor Patia Braithwaite, where online matches simply brag about how “overwhelmed” they are with the amount of matches they have and proceed to tell you about it. For our friends who may experience this weird and very uncomfortable trend, we’re here to tell you you’re not alone.

What Kind of Introvert Are You?
The New Piercing Trends of 2020
What Your Breast Shape Says about How Your Bra Fits

The New Piercing Trends of 2020