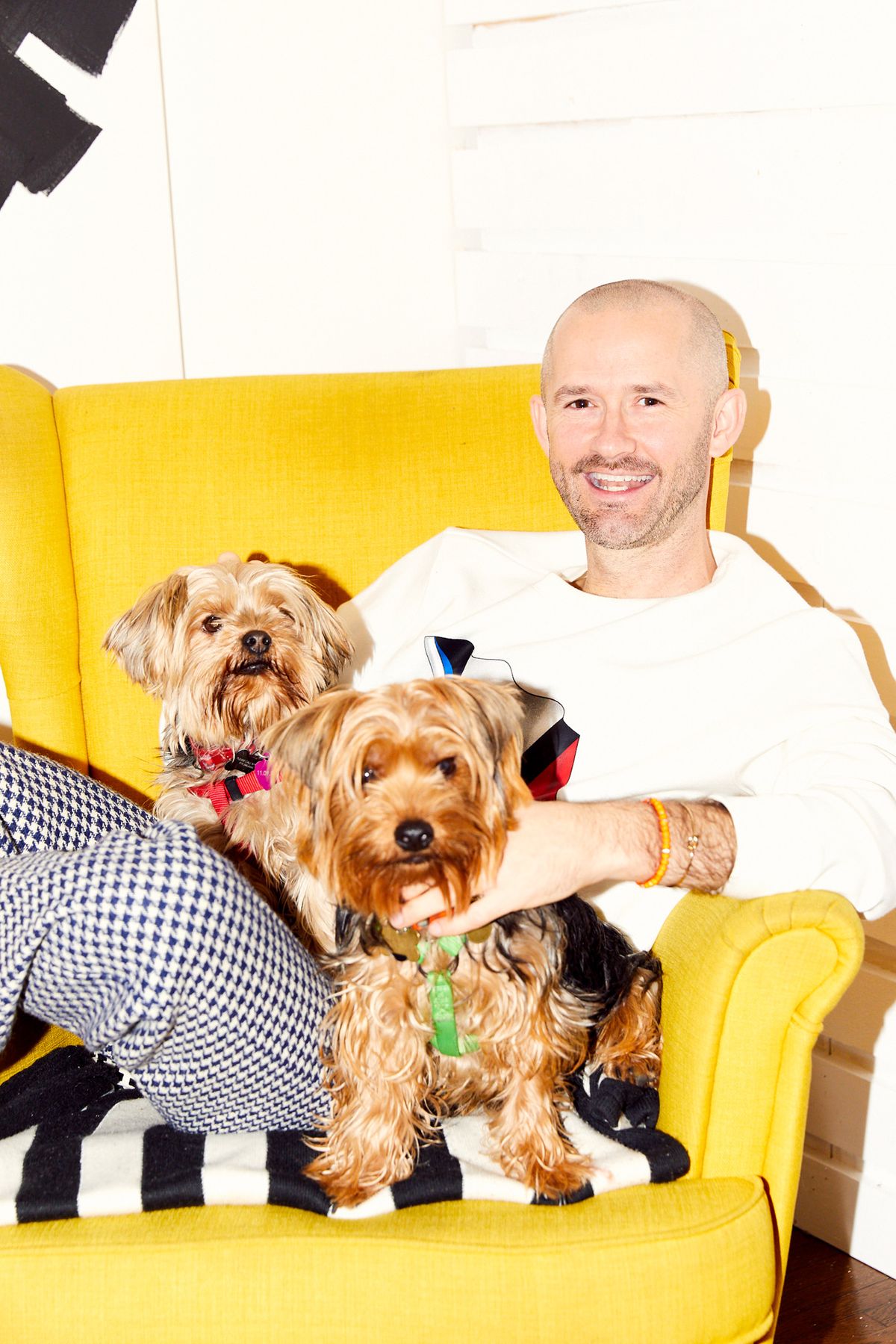 Derek Roche has dressed P. Diddy for over a decade and convinced Nicki Minaj to wear latex, even when Beyoncé couldn’t. Los Angeles.

Noah Lehava
Tristan Kallas
Noah Lehava
“I’m a country white boy!” Derek Roche chuckles in his North Carolina drawl. We’re sitting at the stylist’s oversized dining room table surrounded by foraged street signs and Goyard. To be fair, the Yeezy’s and Supreme aren’t part of Roche’s decor—we were wrapping up a morning photo shoot, and the designer pieces were remnants of our earlier Coveteur-balancing acts. The “Kimona Lisa” painting, one Roche cleverly digi-decoupaged himself, however, leans in the corner permanently eavesdropping on our conversation. Roche has been peppering us with hilarious stories of a life (and energy—something Roche has a cache of) that comes from being P. Diddy’s dedicated stylist. A post he’s held (on and off) for over a decade. Roche wasn’t always in fashion, though—he first studied speech pathology before switching gears in his sophomore year at the University of North Carolina at Greensboro for a textile program. It wasn’t until well after he graduated and moved to NYC (where he had a short stint as a bathroom greeter) and hustled his way through numerous internships—one under Patricia Field that required a particularly painstaking Swarovski crystal application for Britney Spears’ bodysuit—that he familiarized himself with menswear. And ultimately he became P. Diddy’s go-to wardrobe man. But if hauling around tens of thousands of dollars of Chopard, Tom Ford, and Dries Van Noten with a team of 12 assistants tailgating around the globe for Puff wasn’t enough, Roche manages to find time to style the likes of Cassie, Rick Ross, and Nicki Minaj, to name a few. He’s such an influential (and may we say, charming) image maker, he’s even managed to do what Beyoncé couldn’t: convince Nicki Minaj to wear latex. But that sort of style influence goes both ways—Roche’s wardrobe, which is filled with streetwear mainstays like Louis Vuitton x Supreme sweatshirts, heaps of Yeezy’s, vintage orange beanies that have become somewhat of his trademark, and the “HOOD” hoodies he created himself, were inherited in part by his work in music. Though, you’ll still find remnants of his Southern roots in his cache of razor-tailored blazers and button-down shirts (even if they are emblazoned with dancing bears). Click through to read about how Roche got Nicki into latex, his most stressful styling story on a yacht in Cannes, and why he’s making bright orange “HOOD” t-shirts. Also, shop his closet here.
Closet

Derek Roche has dressed P. Diddy for over a decade and convinced Nicki Minaj to wear latex, even when Beyoncé couldn’t. Los Angeles.