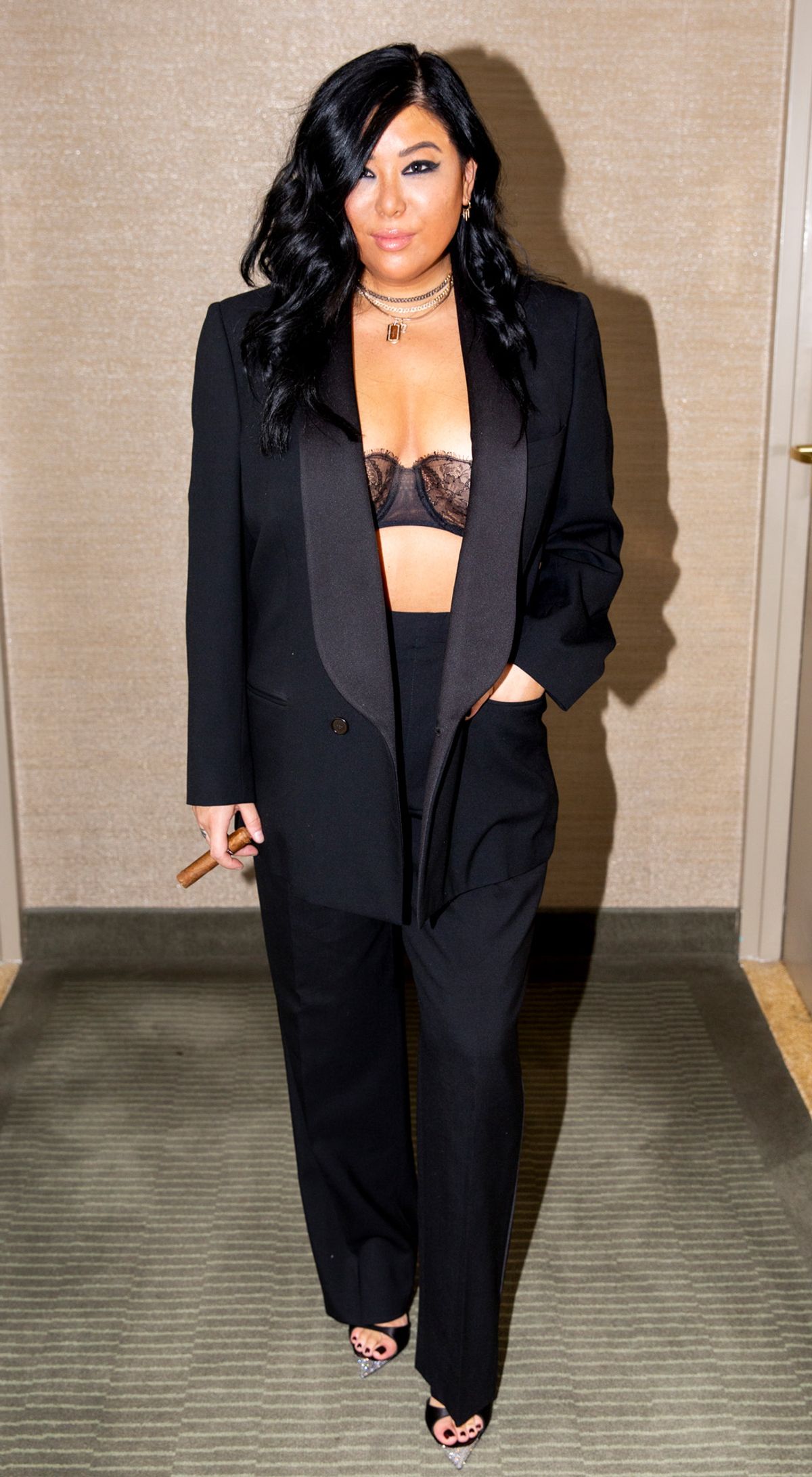 Inside the Closet of NYC’s Most Glamorous Chef

Leah Faye Cooper
Tim Buol
When Angie Mar ditched her career in corporate real estate to pursue her passion for cooking, she signed up for a move from L.A. to NYC, workdays that don’t end until two in the morning, and the unique pleasure (read: nightmare) of finding an apartment in Manhattan. What she didn’t sign up for, however, was spending her days in a chef’s jacket and comfortable clogs—the look du jour among many of her peers. She could be up to her elbows in bone marrow at her storied West Village restaurant Beatrice Inn—she’ll still be wearing thigh-high Balenciaga boots and a vintage men’s Armani blazer fashioned as a dress. She’s a woman you’ll find at a downtown bar draped in a leopard-print gown and cropped fur coat. And when it came time to pick an outfit for the cover of her newly-released book, Butcher + Beast, the choice was obvious: a pale pink Oscar de la Renta mini dress festooned with feathers. Having dined with Mar at Beatrice Inn and spent the better part of a fall afternoon rifling through her designer wardrobe at her Upper West Side apartment, we can attest to the glamour she exudes. Though we also now know that it was ten years in the making. “When I moved here [in 2010], I had two suitcases, $250 in my bank account, and nowhere to live,” she tells us. “But I was so happy. I was out all the time—and I don’t know how, because I could barely afford the subway and the only time I ate was when I was working in restaurants or at culinary school—but I had the best time.” Since then the Seattle native has studied at the French Culinary Institute, landed in kitchens alongside Michelin-star chefs, and, in 2016, purchased Beatrice Inn from Graydon Carter, reviving the then-waning restaurant to its former glory as an inimitable and much-buzzed-about NYC institution. More on how she got there—and the affinity for fashion that’s part of her story—ahead.
Closet