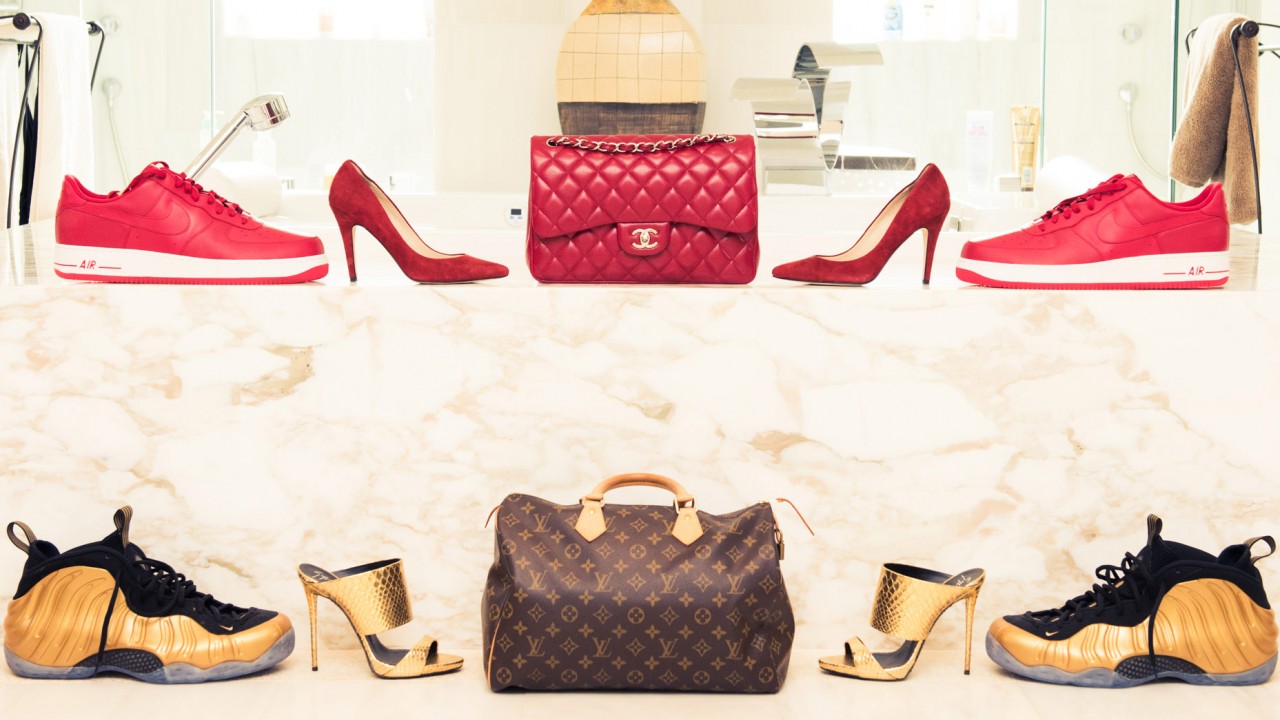 7 Tips for Moving In with Your Significant Other

An editor’s advice for surviving that next big step.

Congratulations—you’ve decided to move out of your crowded, roommate-filled apartment, or even the blissful solitude of your own place, and shack up with the love of your life, hopefully for good. How incredibly romantic and adult of you! What could possibly go wrong? Well, to be honest, quite a lot.

Even if you’re willing to take your chances and move in with your partner, remember that  cohabiting is tough for even the most thoughtful and communicative of couples. I should know—I’ve had to deal with the fallout of a relationship that was on its second lease renewal. Fast-forward a few years later, and I’m now happily, and for the most part peacefully, living with the man I see myself hanging out with for the foreseeable future. And by hanging out I mean sharing a 700-square-foot Brooklyn apartment with one bathroom, one hairless Sphynx cat, and lots and lots of shoes.

While I don’t consider myself an expert on the best methods for living with your significant other, my boyfriend and I are pretty content, which means we must be doing *something* right. We even signed our second lease recently, with plans for a third. I decided to poll him for this article, meaning I sent him a series of text messages that went something along the lines of “Why is it awesome living with me?” These are the seven things we’ve mutually agreed are relevant for our fellow cohabiting couples. Best of luck to you both!

1. Make sure you’re on the same page about the *big* stuff

Yes, this means marriage—the straw that’s broken hundreds of partners’ backs, so to speak. Sure, it’s scary to talk about it, but when you’re preparing to plunk down thousands of dollars on a security deposit, it’s way better to know if both of you want to walk down the aisle someday. I promise, bringing it up isn’t as bad as you may think. The conversation my boyfriend and I had went down super casually while cooking bacon and eggs in our pajamas, which is now our Saturday morning ritual. Just take a deep breath and ask.

2. Don’t be afraid to talk about finances

When I interviewed investment guru Sallie Krawcheck, she gave me an absolute gem piece of advice: “We make money this point of shame and embarrassment, to the point where I will bet you $100 that you saw your partner physically naked before you ever had a conversation about how much money each of you make.” I’d already moved in with my man by that point, but it definitely struck a chord. We agreed to divide our rent payments such that I pay less than him, since his salary is almost double mine. If you find yourself in the same situation, don’t be afraid to offer this as a solution, and don’t feel pressured to agree to a place that you can’t afford.

I’ve found myself in living situations with people where I felt like I was playing mom, and not in a cute way. Chores aren’t fun when you’re 13, and they aren’t when you’re 30 either, so have a quick chat beforehand so you don’t end up resenting each other. If one of you cooks, have the other do the dishes. While you’re vacuuming, ask him or her to scrub the shower. Cleaning is way easier when you’re suffering together!

Relationships are all about *feelings* right? So kick it up a notch once you’re in the same space, because if you’re fighting about stupid stuff all the time, you’re both going to be insanely miserable. If you’re annoyed because your partner is leaving the toilet seat up and then your cat drinks water out of the bowl and then licks your face and it’s GROSS (hypothetically, of course), just straight-up tell him or her. Nip it in the bud and move on. Easy!

Personally, I really love turning our teeny rental into a stylish home. I hauled 30 pounds of paint home from a Manhattan Home Depot because I was hell-bent on painting our bedroom walls black. Of course, I ran it by my boyfriend first, and even though he’s not big into decorating, he showed an acceptable amount of enthusiasm. (Side note: Now he loves it!) If we disagree about certain elements, like say, installing a basketball hoop in the living room, then don’t shut it down right away. Talk it out (see above advice) and figure out what’s actually a deal-breaker. Compromise is your new best friend.

6. Plan for the worst, hope for the best

As happy as I am in my relationship and apartment now, I have gone through a breakup that involved severing a lease. The whole situation was heartbreaking, but the added stress of dealing with contracts, money, and divvying up furniture made it so much worse. Talking about what happens should your relationship end isn’t setting you both up for failure, it’s just practical. And if you’re in a city like New York, practicality is all that matters, especially to your landlord. In my case, I had my sister, an attorney, draw up a lease agreement, and I’ve never felt better.

There are some really difficult and exhausting parts of turning into an adult, but getting to live with the love of my life definitely isn’t one of them. At the end of the day, I’m able to open the door to an apartment we both work really hard to afford and transform it into our own little oasis. So, if you feel like you’ve found yourself a good one, then by all means, lock that shit down. It’s not as scary as you may think.