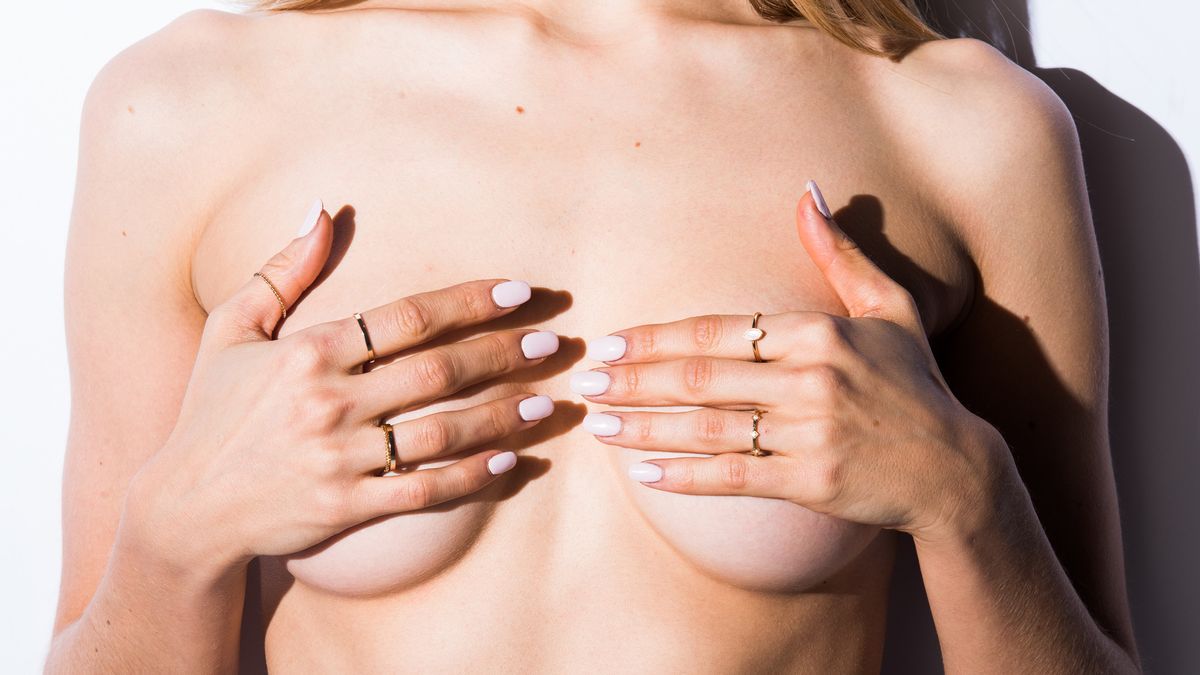 Breast Cancer, Its Risk Factors, & How to Address It

Breast Cancer Awareness Month is about much more than wearing pink.

Bibi Deitz
My mother was diagnosed with stage 3C ovarian cancer when I was 12. She’s still alive, and in good health, which is a true miracle. And, as you can imagine, I’m fairly jumpy about cancer myself. Since October is Breast Cancer Awareness Month, I wanted to do something more than just wear pink or donate money to breast cancer research.

So I spoke with a breast imaging radiologist and a genetic counselor to find out what to do to take action against developing breast cancer this month. And I found out quite a lot. I interviewed Anjali Malik, MD, a breast imaging radiologist at Washington Radiology in Washington, D.C., and a medical advisor for Bright Pink; and Julie Solimine, MGC, CGC, a genetic counselor at Mercy Medical Center in Baltimore and an instructor at the University of Maryland School of Medicine.

If you or someone you know is at risk for developing breast cancer in their lifetime, or if you want to learn more about genetic testing for breast cancer, read on.

The Best Candidates for Genetic Testing for Breast Cancer

If you or someone in your family has had breast cancer diagnosed before age 45, or if you have developed breast cancer and a second primary breast cancer before age 50, genetic testing is recommended, Malik says. But there are plenty of others who could benefit from testing.

These include but are not limited to those who have one or more relatives with breast cancer or who don’t know their family history; those who have developed two or more types of cancer; those with a family history of ovarian cancer; and individuals with Ashkenazi (Eastern European) Jewish ancestry, Malik says.

The Proper Testing at Every Stage of Life

Technically, you could start on genetic testing as young as 18 years old, but there’s generally no need to start so young, Malik says. “Though there are no recommendations for that young of age, it is helpful to start having conversations early in regards to genetic mutations,” she says. The most comprehensive testing for genetic mutations is “multi-gene panel testing,” Malik says. “There are multiple genes that can increase the risk for the development of breast cancer, not just BRCA1 and BRCA2, and these multi-gene panels will assess for those mutations.”

This means that women who have “high-risk genetic mutations” might want to start screening “as young as 25 years of age,” Malik says. “Knowledge of a mutation may impact their family planning, including fertility preservation and discussions for assisted fertility to screen for genetic mutations.”

“Most of these hereditary causes for breast and other cancers increase the risk for such cancer types later in adulthood,” Solimine says. Generally, breast cancer risk increases in the “thirties to forties and beyond,” she says, so breast cancer screening even for people with genetic mutations isn’t usually recommended until you’re in your “twenties or thirties at the earliest.”

“When testing for hereditary causes of breast cancer, we are typically analyzing specific genes, called Tumor Suppressor Genes, which work to protect your body from developing tumors/cancer,” Solimine says. “Every person has two copies of each tumor suppressor gene in every cell; one copy is passed down from their mother and one from their father.”

When you have gene testing done, you’re looking for mutations, which are “basically a typo or an alteration in one of the copies of that gene that disrupts its function and stops the gene from doing its job,” she says. If a gene isn’t working properly, extra protection against cancer is lost, so “having a mutation is considered a predisposition to cancer development,” Solimine adds. “Each gene that we test causes its own types of cancer—it can be more than just breast cancer risk—and its own level of cancer risk.”

“So, basically, testing will analyze all the genes that we know can cause a risk for breast cancer if the gene is not working properly. If a mutation is identified, then we have to look at that specific gene to understand what those risks are,” Solimine says. “Some genes are higher risk than others—for example, some genes will cause a lifetime risk of 70 percent to develop breast cancer if they are not functioning, whereas others may cause a 25 percent lifetime risk to develop breast cancer.”

Debunking the Myths Around Breast Cancer

Most women I know worry about breast cancer even if they have no family history of it. I feel like part of the problem is that no one knows that much about their chances of developing breast cancer, and there are a lot of myths and misinformation out there in the ether. Plus, as Solimine points out, most breast cancer is “sporadic,” which means that your mother’s breast cancer diagnosis is not necessarily going to be passed down to you.

So—what causes breast cancer? Unfortunately, just being a normal woman. “The top two risk factors for the development of breast cancer are being female and aging,” Malik says.

If you’re drawn to genetic testing, which is recommended for people who have higher risks of developing cancer, keep in mind that direct-to-consumer testing might not be the way to go. “With direct-to-consumer kits now available on the market, many have chosen to use them,” Malik says. “It is important to note that the DTC options available usually only test for a few of the thousands of known genetic mutations, so a negative result on one of those tests may provide a false sense of security.” In other words, if you’re going to go to the trouble of genetic testing, it’s best to do it within the walls of a doctor’s office in collaboration with a doctor.

Here’s a scary statistic: “One in eight women develops breast cancer, and this is almost always not due to a hereditary cause,” Solimine says. Mammograms are much more important than genetic testing. “All women should receive regular mammograms as recommended by their doctors,” she says. “But only those women with suspicious personal or family history are recommended to pursue genetic testing at this time.”

If You Get Genetic Testing Done, Then What?

So you got gene testing done. What do you do with your results? Of course, the answer varies depending on what you find out. “If results are positive for a gene mutation, then there are typically recommendations based on the published guidelines for that specific gene, depending on what types of cancer risk and what levels of risk are caused by that gene,” Solimine says.

Generally, this looks like more frequent cancer screening. For a gene mutation related to breast cancer, “We often recommend annual mammograms and annual breast MRIs, alternating every six months,” Solimine says. For higher-risk genes, this protocol can begin as young as age 25. “If that gene also causes an increase in the risk for ovarian cancer, we may recommend preventative surgery or removal of the ovaries at a certain age to decrease the risk to develop that cancer,” she says. This can also lead to the recommendation that other at-risk family members receive testing as well, and take necessary measures for their own health.

Genetic counseling and testing are often covered by insurance if you have a personal or family history of cancer, according to Malik. For example, “The Affordable Care Act requires insurance plans that began on or after August 1, 2012, to cover genetic testing costs when testing is deemed clinically necessary,” she says. “For those with a diagnosed gene mutation, the Affordable Care Act also requires coverage of counseling to help you decide if taking medications to lower the risk of breast cancer is right for you.” Thanks, Obama!

“Most of the major labs that do genetic testing have financial assistance programs,” Malik adds. But this doesn’t apply to direct-to-consumer genetic testing, which isn’t necessarily the best way to go anyway.

No matter what you choose to do, both Malik and Solimine recommend a consultation with a genetic counselor prior to testing. “They have the expertise to determine who meets testing criteria and who does not,” Solimine says. “Genetic counselors will also submit prior authorizations to your insurance at the time of testing to better determine coverage.” Some insurance companies require that you see a genetic counselor before having any tests done. Even if you do pay out of pocket, the cost isn’t outrageous: “Self-pay ranges from $250–$400 at specific labs,” Solimine says.

What Is a BRCA Mutation, and Why Is It Bad?

Here’s one major problem with DTC gene testing: “Direct-to-consumer companies test only for three very specific mutations in BRCA1 and BRCA2 that are most common in people who are Ashkenazi Jewish,” Solimine says. “There are thousands of different types of mutations, or typos, that can occur in a BRCA gene to cause it to stop working.” At-home tests won’t test the whole gene, so if the mutation is anywhere other than those three places, they will be missed.

“If you are not Jewish, you most likely do not have one of those three specific mutations, which we call founder mutations,” Solimine says. “Those labs do not test the other genes that can cause breast cancer risk,” she continues. “BRCA1 and BRCA2 are the most common hereditary causes for breast cancer, but we routinely test for 17 or more breast cancer genes when testing is ordered through a genetic counselor and sent to a lab specialized to do such testing.”

Does It Matter When in Life You’re Tested?

Since genetic testing is based on genes, and genes never change, “The testing all looks quite similar regardless of whether you are 30 or 80 years old,” Solimine says. But timing is still a factor in the decision to get genetic testing. Specifically, gene testing can be important if you’re thinking about having a baby—and they’re not just tests to look at breast cancer risk.

These include “carrier screening for disorders that can affect a baby if both parents pass on a mutation in the same gene, or testing for chromosomal changes that become more common in pregnancies as a woman ages,” Solimine says. “Prenatal genetic counselors specialize in testing for couples who are planning to conceive or are currently pregnant, and determine the appropriate testing based on personal and family history information.”

Whew. In summation, if you or anyone in your family has an elevated risk of breast cancer, genetic testing is a good idea. But even if no one you know has ever even dreamed of having breast cancer, most occurrences of this type of cancer aren’t genetic, so it’s still wise to receive regular mammograms and pay attention to anything weird or out of the ordinary in your health.