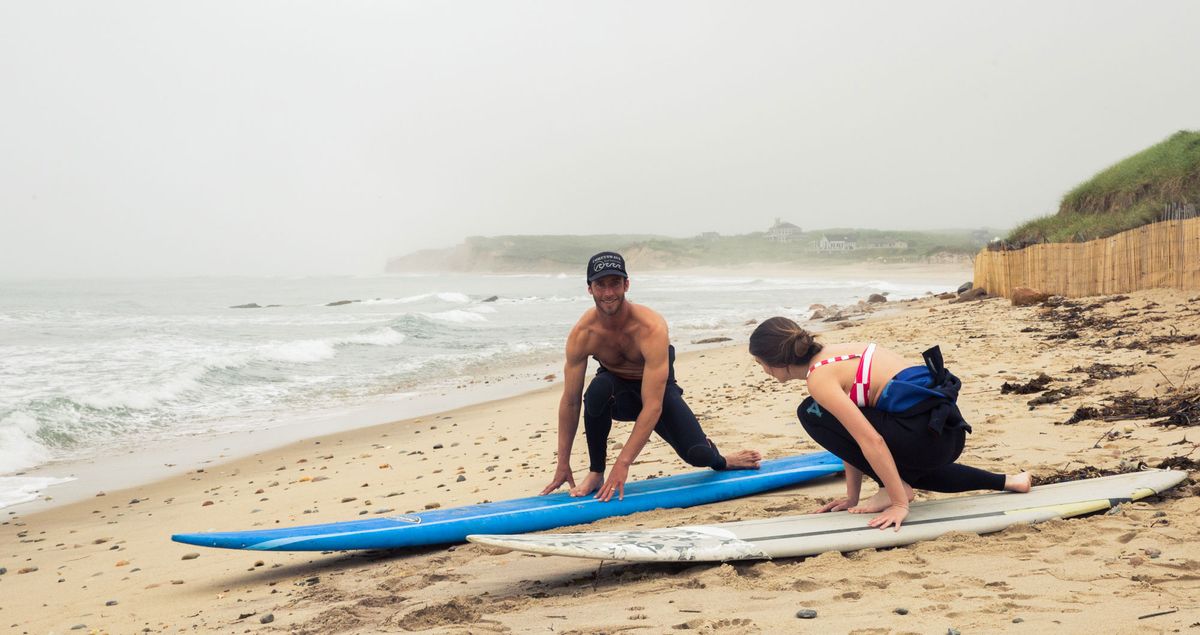 A Beginner’s Guide to Surfing

How to get from the beach to actually surfing a wave.

Emily Ramshaw
Renée Rodenkirchen
When I was a teenager, I idolized surf culture. It was everything I wasn’t: cool, relaxed, adventurous, tanned. And when Blue Crush came out, Kate Bosworth’s wardrobe of mismatched bikinis and her fierce desire for independence only reinforced my idea that the other, better, ideal version of me would be a surfer. But then, when I was about 20, I actually tried surfing for the first time while on vacation in Mexico. And it was a big disappointment. Despite the relative tininess of the waves, I was bashed around and emerged rattled and very bruised. I haven’t tried it again since.

But then we booked a trip to Montauk—mecca of East Coast surfing, among other things—and it was suggested that I stand in for a beginner surf lesson. And that’s how I ended up at Ditch Plains at 7:00 AM on a foggy and very chilly morning. The plan was to go through the land part of a lesson—how to find your place on the board, paddle, jump up, and land in surfer stance—perfecting the movement it takes to get up on a wave. But the thing is, after doing this sequence multiple times with the instructor, Corey Senese, who owns Coreyswave, Montauk’s best surfing school, I can actually vouch that this lesson works. Why? Because after doing the below, I actually felt bold enough to brave the freezing water to try to surf a real-life wave. And, surprising everyone, especially myself, after a few failed attempts, I actually did it—I surfed one whole wave. The following lesson might look simple, but if you nail it, I promise you can live your Blue Crush dreams, too.

Lie in the middle of your board with your feet on it, and paddle with long, deep, quick strokes. As I discovered, paddling can be the most exhausting part. Engage your core to stay stable on the board.

Place your hands slightly below your shoulders on either side of the board, and press your chest up. Prepare to kneel by flexing your feet and putting your toes on the board.

In a continuous movement from the last step, keeping your core engaged and low, stand and lean back into the wave. Use your arms to balance and maintain your center of gravity in the middle of the board.