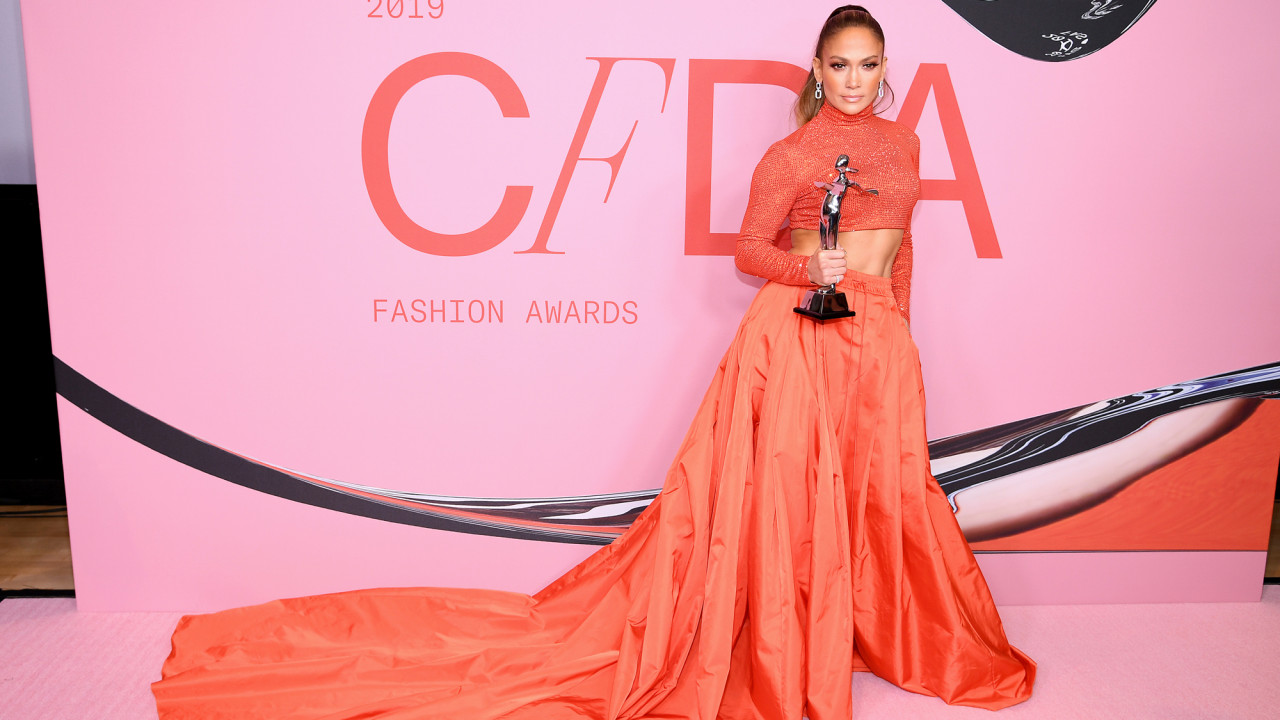 The CFDA Awards Last Night Were All About Fashion, Glamour, and Barbie

The CFDA Awards were held last night at the Brooklyn Museum, complete with a star-studded red carpet, J.Lo in a major look, the Olsen twins honored for the second time in four years, and Lady Gaga’s pal taking home one of the year’s biggest prizes. And for good measure, even Barbie took home an award.

Rick Owens, known for his subversive, punk-rock confections, took home Menswear Designer of the Year. The corresponding award for Womenswear was bestowed on Brandon Maxwell, who was responsible for dressing (and undressing) Lady Gaga on the Met Gala red carpet this year. For Maxwell, his label “is not about fame or glamour or money or being at the cool table,” he told the AP in May. “It is really, for me, about saying thank you” to the women who inspired him to become a designer.

The coveted honor of Emerging Designer of the Year went to Emily Adams Bode, who was the first female designer to present at New York Fashion Week: Men’s. Her amazing line, Bode, established in 2016, focuses on vintage fabrics, which means many of her pieces are one-of-a-kind.

The Emerging Designer Award was broken into three categories (menswear, womenswear, and accessories) for some time in the past but merged into one in 2017. Previous honorees include Alexander Wang, Kate and Laura Mulleavy Rodarte, and Phillip Lim; with few exceptions, you’ve heard of the past winners, which means we’ll be seeing a lot more of Bode in the coming months and, likely, years.

All four major awards were presented by comedians Hasan Minhaj of Netflix’s Patriot Act with Hasan Minhaj and Jessica Williams, who starred in Booksmart and is one half of the podcast 2 Dope Queens.

Sarah Burton, who took over for friend and mentor Alexander McQueen after his death in 2010, received the International Award, underwritten by Valentino Garavani and Giancarlo Giammetti. Their nonprofit seeks to further the promotion of culture and art, and their gift will go toward the CFDA’s Fashion Manufacturing Initiative, connecting young and emerging designers with production resources.

Because it wouldn’t be a CFDA Awards night without A-list celebrities, Jennifer Lopez was this year’s Fashion Icon Award winner, and she dressed the part in Ralph Lauren. In a coral crop-turtleneck embellished with more than 43,000 crystals and a matching skirt with a train fit for a royal, she gave a shout-out to Lauren on the red carpet. “I loved fashion since I was little girl, growing up in the Bronx, and to here and among all these designers, and to be honored is just a dream,” she said. “I’m wearing Ralph Lauren, a fellow Bronx native.”

Other awardees included Eileen Fisher, who was given the Positive Change Award; Carine Roitfeld, with the Founder’s Award in Honor of Eleanor Lambert; Lynn Yaeger, who received the Media Award in Honor of Eugenia Sheppard; Bob Mackie, with the Geoffrey Beene Lifetime Achievement Award; and, because why not, Barbie, with the Board of Directors’ Tribute. Barbie posted a dress to Instagram designed by Diane von Furstenberg “on her way” to the awards; fittingly, it was Von Furstenberg’s last year as chair of the CFDA. She’s passing the torch on to Tom Ford, which she did quite literally by carrying a faux torch down the red carpet. It’s the fashion world. It wouldn’t be their night without some high drama.

Everything You Need to Know About the CFDA Emerging Designer of the Year Nominees
If You Want Structured Womenswear with a Twist, Check Out Nynne
Good Luck Looking Away from This Candy-Colored Wardrobe