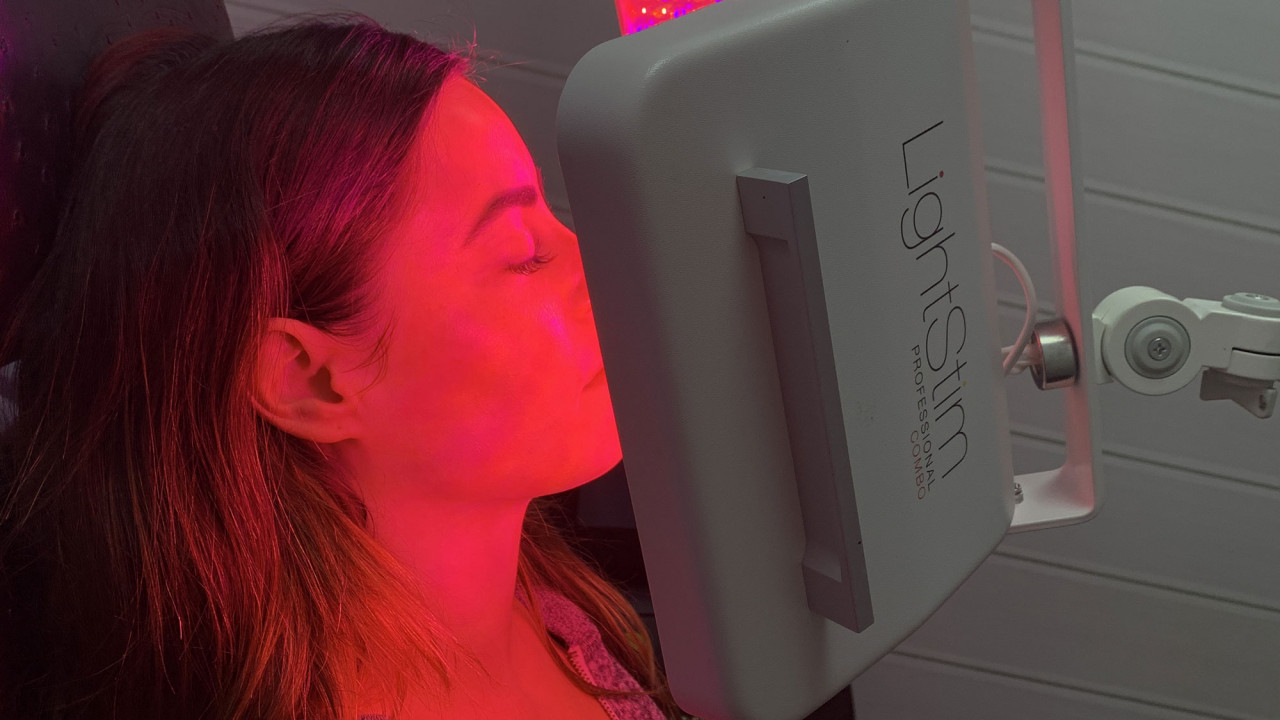 I’m getting married on June 22, which means I’m currently in the “holy sh*t” stage of wedding planning. Like any bride, I’m most concerned about how I’ll look. Specifically, how my sun-damaged skin will hold up on the biggest day of my life. Looking for answers, I sought advice from celebrity makeup artist Andrea Tiller, who counts Amy Schumer and Olivia Palermo among her clients—and she suggested microneedling.

“I have melasma and have found microneedling helps minimize the appearance of dark spots,” said Tiller. “And I can tell when clients have had microneedling because they come in with new and improved skin. I can use less makeup [on them] because they’re already glowing and healthy.”

Microneedling, also known as collagen induction therapy, is a cosmetic procedure that repeatedly punctures the skin with small, sterile needles. It penetrates deep into the dermis, tricking your body into thinking it’s been injured so that it floods a particular area with healing power. Tiller told me it could help with “pigmentation, collagen production, acne scars, fine lines, pore size and loose skin.” The only real downside to traditional microneedling—other than the concept of being repeatedly stabbed with tiny needles—is that you’re more sensitive to the sun while healing and can expect about 48 hours of significant redness.

Less than five minutes later, I was on the phone with nurse practitioner Chelsi Dayrit at Nazarian Plastic Surgery in Beverly Hills. She’s my go-to girl for Botox, filler, and all things aesthetics. Dayrit suggested a new treatment called Vivace PRP, which combines microneedling and radio frequency with the Insta-famous Vampire Facial to create a single mega-treatment. She claimed it would give me all the benefits of microneedling and the skin-tightening effect of radio frequency—without any downtime.

You heard me. No downtime. For the record, for these types of results you often expect to be holed up for a week or more to recover. Fraxel laser treatments can sometimes keep people out of the office for three, depending on how you’re healing, so this was big news. 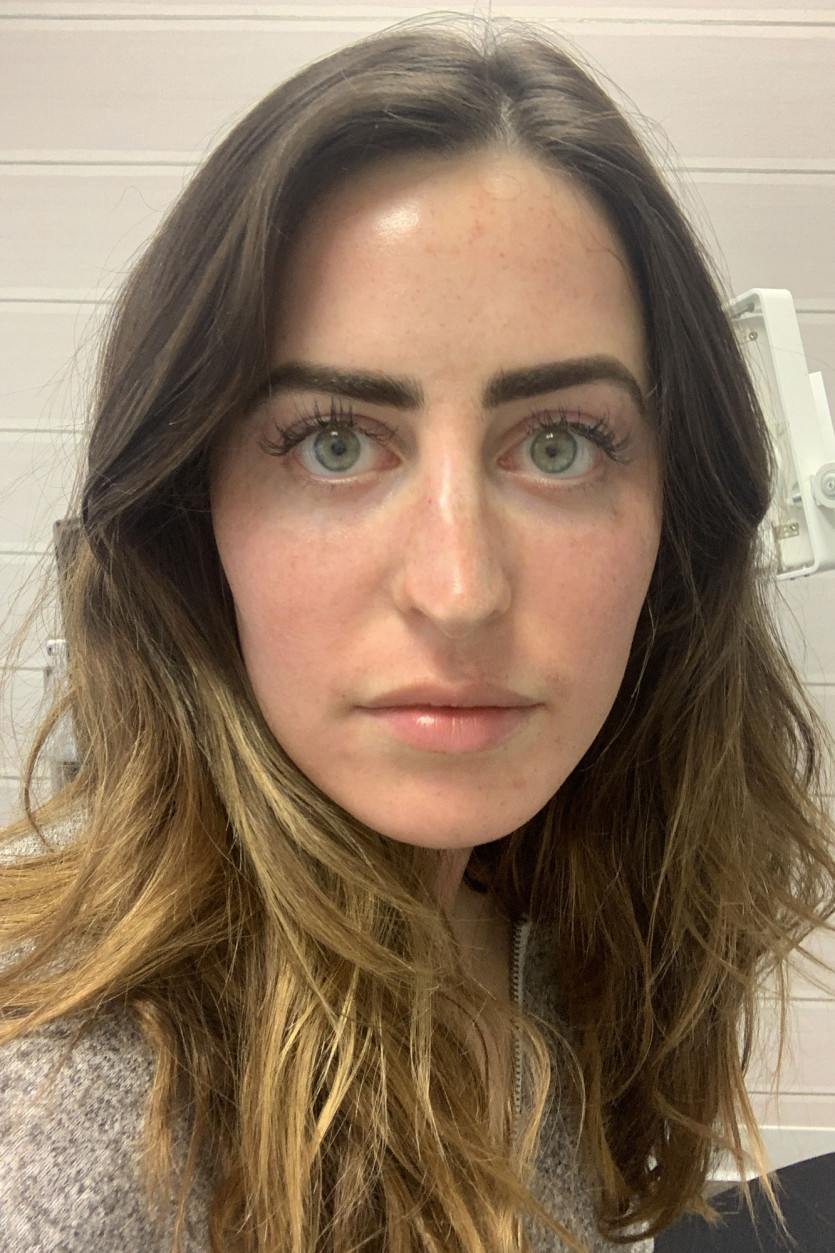 I arrived at my first treatment skeptical, hydrated, and makeup-free. (I also stopped using retinol or retin-a products a week prior.) Dayrit took me to a room where she drew a single vial of blood from my arm, then applied a numbing cream and left me to watch Friends for 30 minutes.

“I just ran your blood through a centrifuge, which is basically a machine that spins the vial around super fast,” explained Dayrit upon her return. “This causes your platelets to separate, creating a concentrated substance that we microneedle back into your skin—a liquid so rich in proteins that it’s basically nature’s growth factor.”

I was lowered to a lying position and told to remain still while Dayrit alternated between stamping the Vivace machine all over my face and applying my plasma, now glistening gold, like a serum. At their worst, each stamp of the needle felt like a pinch. At their best, I didn’t feel them at all. It’s definitely less painful than Botox, for example.

Twenty minutes later, my skin had been poked more than a Facebook profile circa 2010. It was also crusted over with my own dried platelets (gross) and, despite Dayrit’s promises, was extremely red. We’re talking horror film red. 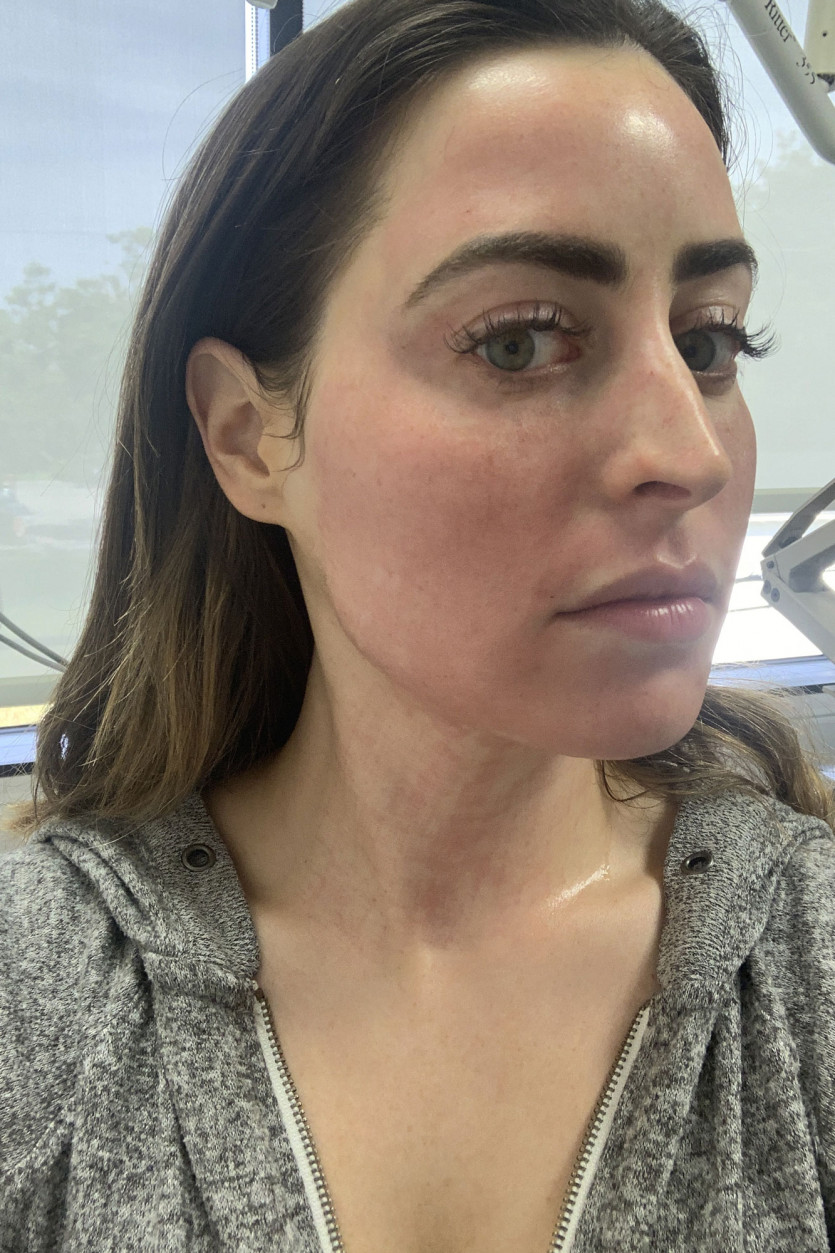 That’s when she rolled in the LightStim, an LED panel that uses light therapy to heal your skin. (It sounds like voodoo, but trust me—it works.) I sat under that bad boy for 20 minutes while Dayrit injected the remaining PRP into my neck, a problem area of mine, and then looked in the mirror.

She was right: Twenty minutes later, my redness was almost entirely gone. Even though I couldn’t apply makeup until the next day, I still felt comfortable going out that evening—not to a big event, but to a girls dinner. The only bad thing was a few areas where blood had clotted at a puncture point, not dissimilar from the minor scabs you get from Botox needles. But even those were gone two days later and could easily be covered with makeup.

Now for what you really want to know: Did Vivace work?

I noticed the biggest difference in my skin’s tone and texture. You know how your face looks immediately after a sheet mask? That glowy appearance we try so desperately to maintain throughout an evening? Well, I looked like that consistently for two weeks after my first treatment, and then a month after my second. Because that’s the thing about microneedling—you have to do it more than once.

“It’s pretty simple: Needling induces collagen production. The more you do it, the more collagen is produced,” explained nurse practitioner Lisa Hartman of Soignez-Vous Aesthetics in New York. “There are safety limits to how often, but we typically recommend a series of three to four treatments spaced six weeks apart.”

So why aren’t we all microneedling all the time? At $1,800 a pop, this treatment is definitely on the more expensive end of the noninvasive spectrum. And for those who think the at-home kits are just as good, Dayrit explains they’re essentially the over-the-counter version of microneedling—what I got was the prescription. But for those who want to improve their skin without more radical procedures like laser resurfacing, I would absolutely start here.