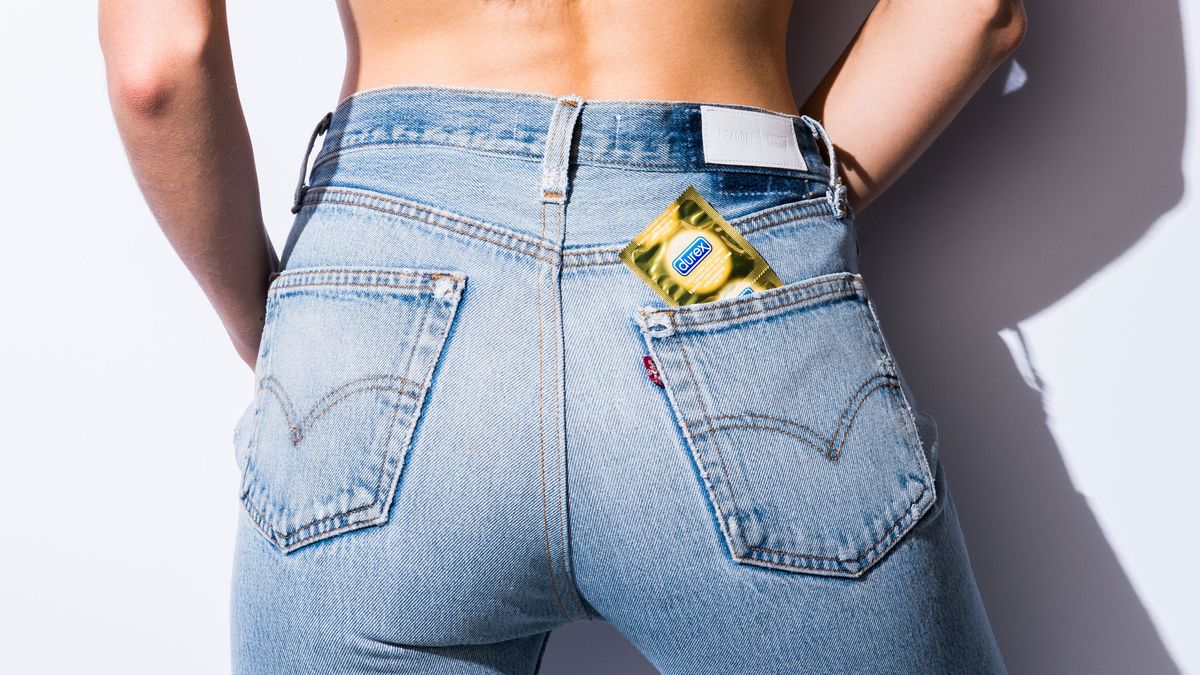 “Speaking with the authority of someone who is both cheap and fast, I cannot recommend it enough.”

Lindsay Brown
Over the last few years, I have spent a good chunk of time testing out sex toys and writing about them on the internet (here’s a handy guide). As a result, one question I tend to get asked a lot is “What is the number one sex toy you recommend?”

My answer, every time, is lube.

You guys, lube is the BEST! It is hands-down the cheapest and fastest way to improve your sex life. Speaking with the authority of someone who is both cheap and fast, I cannot recommend it enough. Unfortunately, many women don’t seem to like this answer. The immediate reaction I get is “Oh, I don’t need that.” My reply to that is, AND?

Listen, ladies, you may not “need” lube at all; many women don’t need lube to facilitate pain-free sex, but that is absolutely not the fucking point. To borrow a phrase from an old professor of mine, this is America! Whether or not you truly need something is utterly irrelevant in the land of the all-you-can-eat buffet. So spare me your “I don’t need lube” nonsense! You should want to use it, because it’s super fun!

Unfortunately, when it comes to lube, people get weird. This is largely due to the fact that, for years, it has been marketed as a problem-solver instead of an experience-enhancer. Traditionally, personal lubricants were promoted to address a lack of vaginal wetness brought on by menopause, chemotherapy, and certain medications. For women in this situation, lube is an absolute godsend. Think about it! Rub a dry clit, and you risk starting a fire; rub a wet one, and you’ll create fireworks instead. That’s pretty powerful stuff. The same fire safety principle is what makes lube an absolute essential for anal sex because, unlike the vagina, the anus is not a naturally self-lubricating machine. #funfacts

So what about those of you who are still enjoying rainy season and don’t have butt stuff on the itinerary? Should you still be using lube?

ABSOLUTELY! (Yes, I am screaming.)

The best way I can think to explain this is to compare it to popcorn. Bear with me. Now, if you had a choice between low-fat, low-calorie microwave popcorn that’s one step up from a stale saltine, or double-butter movie theater popcorn, which would you pick? Movie theater popcorn, right? It’s ten times more delicious because this stuff is absolutely drenched in hot butter. I presume you see where I am going with this… Bottom line: BUTTER YOUR POPCORN, PEOPLE!

So where can one get their hands on this lovely slippery stuff? If your first instinct is to go on goop.com, you’re not alone. (Would you believe GP doesn’t sell lube on that site? IT’S LITERALLY CALLED GOOP. If you ask me, she’s missed a major marketing opportunity there…) Moving on!

The first step is to figure out what kind of lube you’re in the market for. Lubes can roughly be divided into four categories: Water-based, Silicone-based, Oil-based, and All-Natural. Here’s the rundown on each:

A quality water-based lube is a nightstand essential. These babies are safe to use with both condoms and sex toys. They are also easy to clean up and won’t stain your Brooklinens. Just make sure you select a formula that is glycerin-free! (Otherwise you risk turning your vagina into an angry bread oven. Nobody wants that.) The only real trade-off with water-based formulas is that, because they are absorbed by the body, water-based lubes do not last as long as their silicone-based counterparts. Which means you’ll need to reapply during prolonged sessions of naked wrestling.

My picks: Most of the lubes on the market are water-based, so you have a lot of options here; just remember to check the label for glycerin. Some options I’m into are JO H20 Original, my commitment to which has lasted longer than any of my romantic relationships; LELO Personal Moisturizer, which looks chic as shit on my nightstand; and Shibari Premium, which is basically the little black dress of lubes.

Silicone lubes have a uniquely silky feel to them and last about three times longer than water-based brands. This makes it an excellent sidekick to have in your corner during marathon sessions. Silicone formulas are also what you’ll want to use for water play. They are water-resistant, which means they will continue to work next time you decide to get down in a shower, tub, or public fountain. The one tragic downfall of silicone-based lube is that it is not safe to use with most toys. I know! Silicone-based lubes are also harder to clean than water-based products, which means your sheets will require a spin in the washing machine. But let’s be real, you probably need to wash those anyway…

My picks: Pjur ORIGINAL and UberLube are great options. Stock up!

My opinion on oil-based lubes (i.e., Astroglide O, Vaseline, and coconut oil) is that, much like Wu-Tang Clan, they are not to be fucked with. Why? Well, oil products will break down both condoms and your sex toys, not to mention the fact that they will stain your panties and your sheets. Given that harsh reality, I can recommend using oil-based lubes for body massages or a casual hand job, but that’s about it.

I realize this is not the best news, especially for you coconut oil fanatics (don’t @ me), but do the math! It’s not condom-safe, sex-toy-safe, or sheet-safe; no one should be picking this as a go-to lube based on its attributes alone. I’ve seen way too many articles in women’s sites lately stating that coconut oil is “the best lube EVER”–before adding a tiny note at the bottom of the page to mention that, “fyi, it doesn’t work with condoms or sex toys, nbd.” Talk about burying the lede! Yes, it smells great, and yes, many people are more comfortable having cooking oil that moonlights as lube hanging around their apartment than a bottle of Shibari. But get over your issues! You can do better! [End of rant.]

OK, I know y’all are sad about the coconut oil business. But I have good news! If you want to keep it all-natural and vegan, without sacrificing condom and toy safety, there are a few options for you. The following choices feature ingredient lists clean enough to satisfy even the most militant of health bloggers:

My picks: Hallelubeyah by Luvability is a plant-based, 100 percent organic, vegan lube, made with aloe vera. According to Lovability founder Tiffany Gaines, this lube is designed to feel just like “your natural pussy juice.” SOLD. The packaging is also purse-ready and cute as hell. Sliquid Sea is another fun option that is 100 percent vegan and infused with seaweed extract. The Little Mermaid would approve.

Once you’ve got your hands on a bottle of this magical stuff, I trust that you will know what to do. But just to be safe, I’ll leave you a few tips for the road.

In terms of how much lube to use, a good general recommendation is to apply a pea-sized amount of lube to your party-bits, and then adjust accordingly depending on what feels good. Personally, I am a fan of what I like to call the Frank’s RedHot approach: I put that shit on everything.

Lube is especially awesome when combined with condoms. I’d recommend putting a few drops inside a condom before putting it on, as well as on the outside. Trust me. You are welcome. A lubed-up condom is also a safer condom, since less friction means there is less risk of the condom breaking and fucking up your entire weekend.

A word to the wise: Don’t think that just because you are buying a “lubricated condom,” you should skip this step. When manufacturers add lube to these packages, the condoms are already rolled up, which means the product is often poorly distributed. In my opinion, this particular task is not to be outsourced.