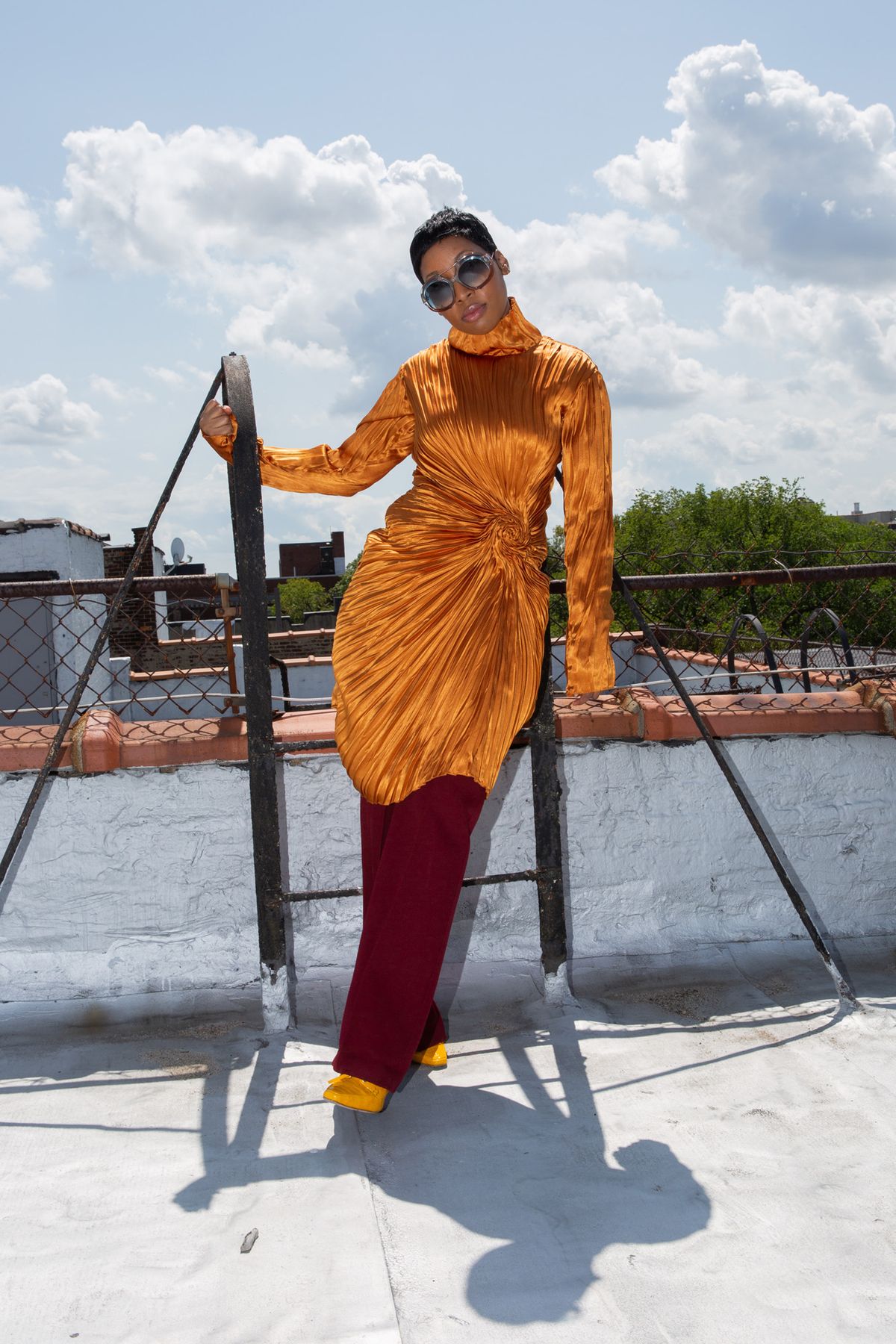 Amanda Murray’s Dries Van Noten and Rick Owens-filled closet is what Coveteur dreams are made of. New York.

Leah Faye Cooper
Alec Kugler
Monique Kamargo
If you’re looking for someone better dressed than Farfetch private client stylist Amanda Murray, good luck with that. To know her (or to follow her, which is how we came to know her) is to bear witness to personal style so vibrant and original, it's clear that her ability to put together a look isn't just an interest or a hobby—it's a gift. Think architectural Rick Owens dresses layered over cropped jeans and (old) Céline boots; candy-colored Sies Marjan separates matched with glossy crocodile mules; and her favorite, Dries Van Noten, in continuous rotation—the designer’s sheer tops tucked into pencil skirts; mixed-print velvet suiting paired with pointy pumps and crewneck tees. We didn’t just want to see Murray’s closet, we needed to, and following two Instagram messages, several emails, and an Uber ride from our Soho office to Murray’s Crown Heights apartment, we found ourselves poring over her deftly curated wardrobe. Born in Trinidad and Tobago, Murray spent her teens and early twenties in London and was studying media, communications, and performing arts when a teacher called her into his office to offer some advice. “In my head I was thinking, ‘Oh no, he’s going to tell me off’ because I was always getting in trouble for running my mouth, but he said, ‘You should go into fashion. I see the way you dress and how much thought you put into your outfits—it’s like art for you. I think you should switch your concentration.’” Her foray into the industry wouldn’t happen until years later—“In the Caribbean, if you’re not a lawyer or a doctor, your parents frown upon you, so I really struggled with that,” she says—but she tested the waters in London’s retail market with stints at Harrod’s and Clarks and, following a bad breakup, moved to NYC. Internships in PR and publishing led to an in-house styling role at Barneys, and last year she landed at Farfetch, working with the site’s VIP clientele. “I step in to curate their entire shopping experience and make sure they’re getting things that they really like, and not just getting things just to get them,” Murray says. Her personal approach to shopping is similar. “I want to have an experience with my clothing, and I think we all should have an experience with our clothing, because it can uplift you,” she says of adding pieces to her wardrobe. “I also think, ‘How is it going to make me feel?’ I don’t want to buy something on a whim because it’s by a popular designer.” Thus far, her instincts have not led her astray. Click through for a look at Murray’s favorite pieces, her thoughts on social media’s influence on fashion, and what she thinks the industry is missing right now. Plus, shop looks inspired by her closet here.
Closet

Amanda Murray’s Dries Van Noten and Rick Owens-filled closet is what Coveteur dreams are made of. New York.

This London Closet Is a Master Class in Celebrating Personal Style
Vogue’s Former Senior Fashion Writer on Getting Over the Work Uniform Rut
This Legendary Supermodel’s Closet Is Filled with Valentino Gucci, and Vintage Gowns
More From the series Closet