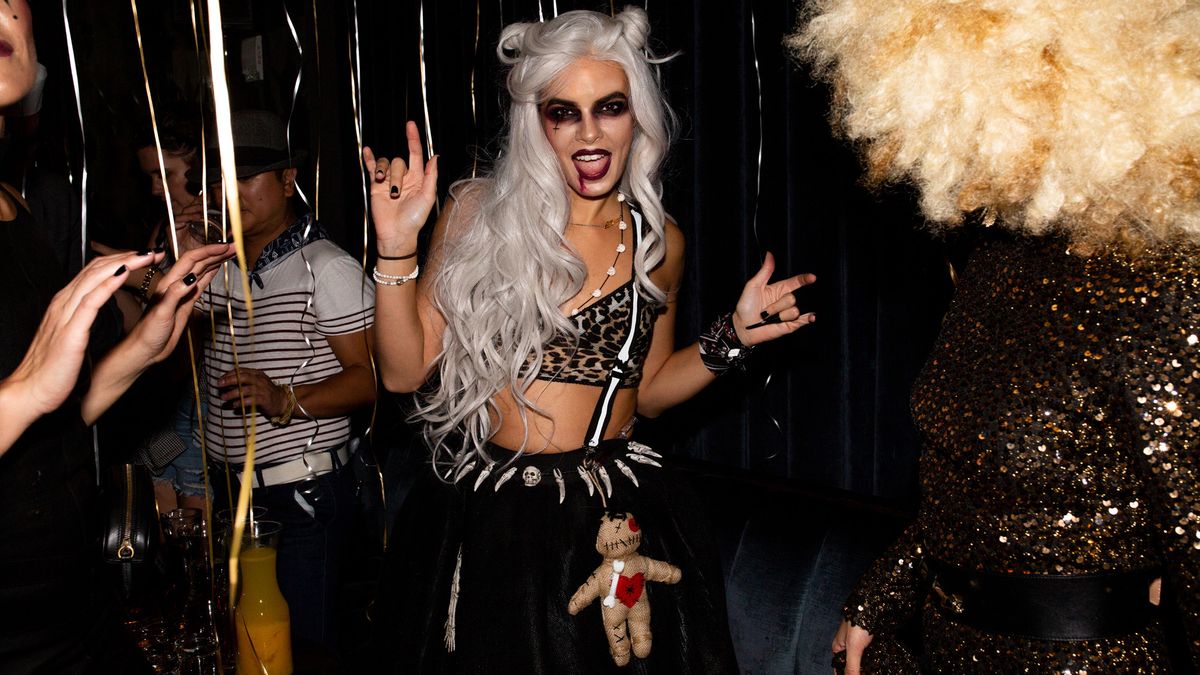 Our Halloween Party with Kith Was One for the Books

It was a blur of Don Julio, Ketel One, Kith Treats, and costumes you’re going to want to copy for next year.

Jodi Taylor
We celebrated Halloween a little early this year (why not, right?) by joining forces with our good friends at Kith to throw an unforgettable party at The Blond, 11 Howard’s upscale lounge in SoHo, New York. It was one for the books. Don Julio and Ketel One were free-flowing throughout the night; a trio of DJs, Getlive, Brittany Sky, and DJ Madison had everyone on their feet dancing until 4:00 AM; and Oreo and devil’s food cake Kith Treats were the refuel everyone needed to go all night long.

Venus X rolled in as Lil’ Kim, Valentina Ferrer as poison ivy, Danielle Herrington turned heads as a gladiator, Kirsty Godso stayed true to form as an ’80s workout instructor, and Greg Yuna (aka Mr. Flawless) was a fencer. Our hosts, Jake Rosenberg and Ronnie Fieg, ironically had the same-ish idea with Rosenberg dressing up as Indiana Jones and Fieg decking himself out as a cowboy, and Stephanie Mark was a real-life princess in a sequin-mini CHANEL dress (and if you know her, you wouldn’t have expected anything less).