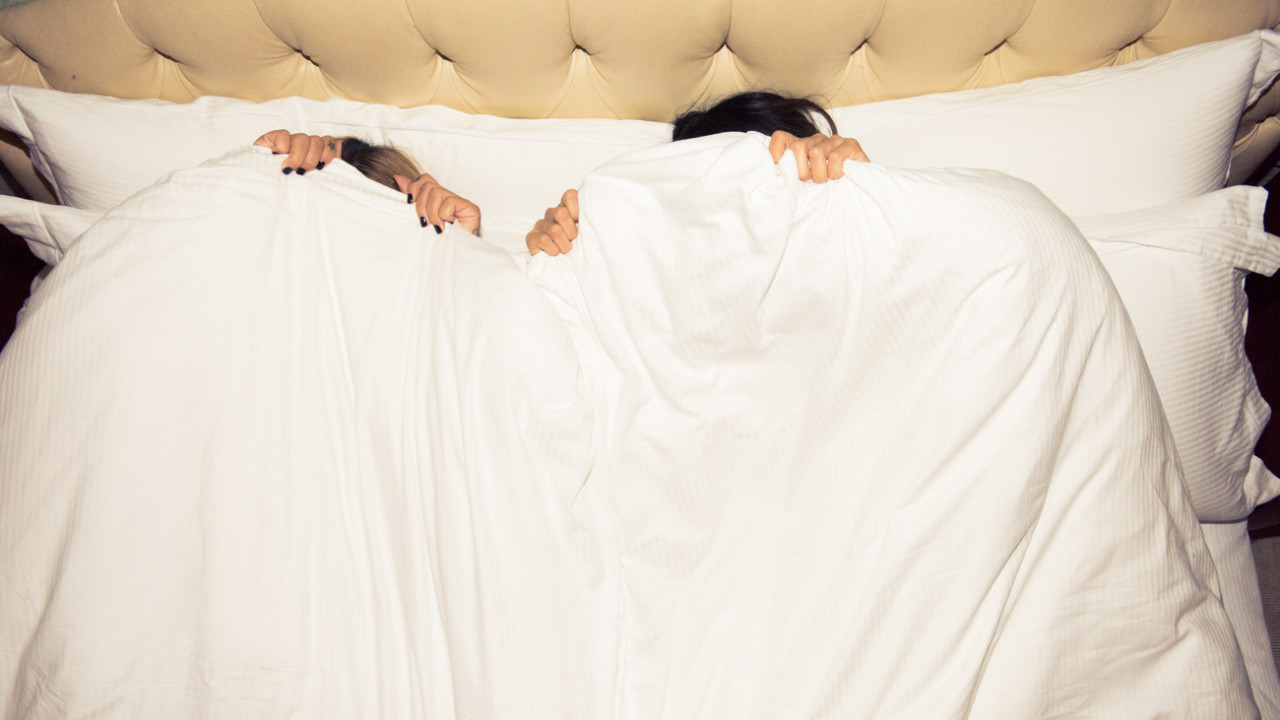 The NuCalm sleep system was practically an out-of-body experience.

It’s hard to imagine a less relaxing scenario than one in which electrodes zap microcurrents into your neck while you deprive yourself of sight and sound. Yet, when I heard ReCOVER, a new studio in New York City, was offering a technology-based treatment that could help you chill out enough to get half a night’s rest during a catnap, all I wanted to know was how soon I could try it.

You probably already know that lack of sleep is a major problem, especially among uber-ambitious, entrepreneurial twenty- and thirty-somethings trying to keep up with a digital world that quite literally never stops. More than a third of Americans aren’t getting the seven or more hours of sleep recommended by the American Academy of Sleep Medicine, while 30 to 35 percent actually suffer from insomnia. And while self-care has finally become a mainstream priority (thanks in no small part to the news cycles of the past two years), it’s more likely to mean logging off of Twitter for a weekend or strategically placing crystals around our apartments than actually making time to spend more time in bed.

That’s where NuCalm comes in. It’s a drug-free sleep system (used at ReCOVER as a recovery tool for athletes) that’s designed to naturally relax your mind and body within minutes, putting you in a deeply restorative state—one 30-minute session provides two to four hours of restful “sleep”—without derailing your entire day.

“NuCalm is specifically designed to manipulate your neurological and endocrine systems from operating in a sympathetic state, which is the fight-or-flight stress response, into rest and digest, or the parasympathetic state,” says Aaron Drogoszewski, co-founder of ReCOVER, the first location to offer NuCalm in New York City. “It uses transcranial stimulation that allows the brain to perceive the stimulation we’re giving it as the theta brain waves you get during restorative sleep,” explains Rich Richey, co-founder of ReCOVER. “When you sleep, you go in and out of restorative sleep; this treatment maintains those brain-wave levels, which keeps your body in that state for the duration of the treatment.”

That all sounds super science-y, but in actuality, the “treatment” couldn’t be less intimidating. When I arrived for my NuCalm appointment at ReCOVER (where 30 minutes costs just $45), it only took about five minutes to get started. First, Drogoszewski helped me apply a topical cream containing GABA, a neurotransmitter, and L-Theanine, an amino acid—two naturally occurring chemicals that increase in the brain just before you fall asleep—to my neck along my carotid artery, where it would be easily absorbed into my bloodstream. After that, he placed two small electrodes on my skin, one behind each ear; the microcurrent (which you don’t actually feel) helps interrupt your body’s natural stress response. (This is all FDA-approved, by the way, although not for actual sleep disorder therapy.) Then I put on noise-canceling headphones while Drogoszewski programmed the NuCalm software to play a soundtrack of music and nature sounds with built-in neuroacoustic beats, which pull your brain just below consciousness but keeps you above deep sleep. Finally, I slipped on a blackout eye mask to help eliminate visual stimuli. By the time we finished those four steps, I was in the kind of noise-free, pitch-black state of sensory deprivation that midday nappers can only dream of.

After a few minutes of settling in and listening to the gurgling sounds of some kind of stream or river, I lost all sense of time. I wasn’t asleep, but I wasn’t awake, either—and my mind was completely, blessedly blank. I had the feeling that if something had startled me, I would have been instantly alert and ready to respond; since nothing did, I remained in a sort of blissed-out state—as if I was floating just outside my body. When Drogoszewski tapped my foot to wake me up, it felt like I’d been out for anywhere from 10 minutes to four hours (it had actually been 75). That should have been the main indicator that it worked, but the fact that I left feeling more dialed in, clearheaded, and relaxed—without any of the typical grogginess of a midday nap—was the real giveaway.

NuCalm could actually be more restorative than a good night’s sleep, Drogoszewski argues. “Unfortunately, going to sleep, even if you budget eight hours, is not synonymous with getting restorative sleep,” he says. There are countless reasons why the two aren’t synonymous, from a high-stress lifestyle to constant exposure to blue and white light, which can adversely affect your circadian rhythm. It’s even better than mediation, he adds, which is a skill that can take ages to develop. “They did some studies to monitor where the brain waves are brought down to and maintained for a NuCalm session, and it’s actually equal to the amount of control that a meditation practitioner who’s been practicing for 20 years demonstrates in their brain frequencies,” says Drogoszewski.

Obviously, that’s not to say people shouldn’t get a good night’s sleep or incorporate meditation into their daily routine; both of those have proven health benefits. But NuCalm can provide similar benefits in your first session and give your body a neurological and hormonal reference point for what that balance feels like.

If self-care is all about prioritizing your well-being, then getting enough sleep should really be at the top of all of our to-do lists. At this point, we’re using self-care to justify paying for bath bombs, crystal facials, and collagen supplements—at $45, the luxury of taking a midday nap that is scientifically proven to make you function at a higher level is practically a steal.