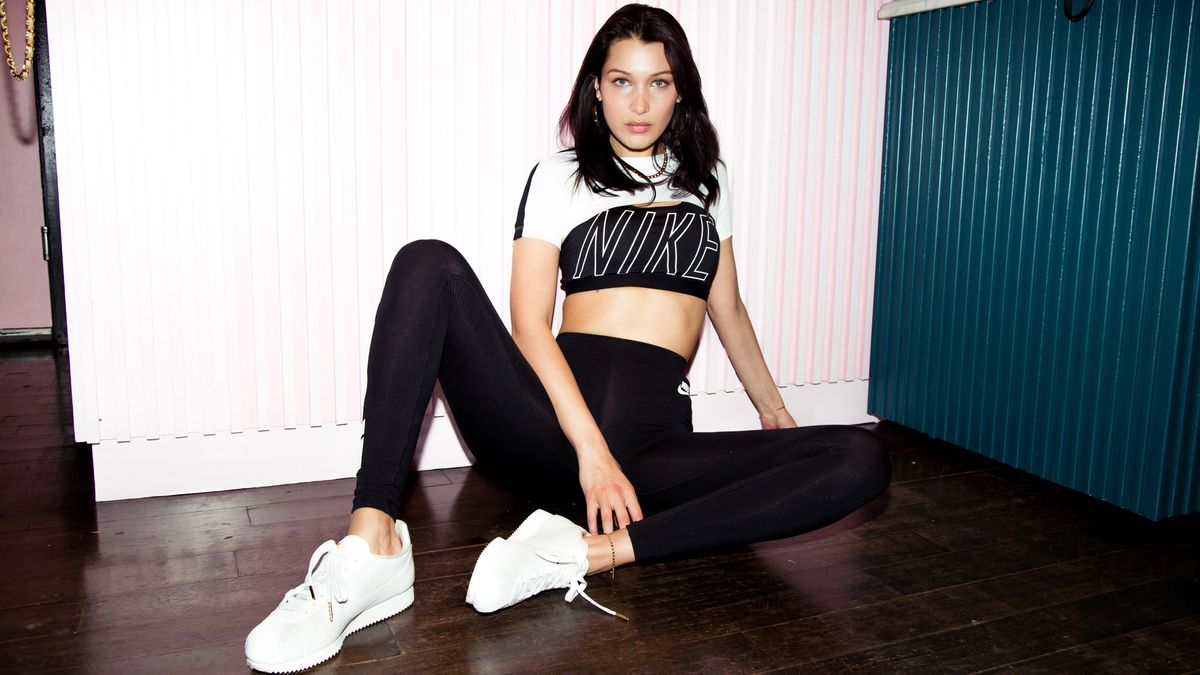 Two editors find out what happens when you go on Dr. Passler's Pure Change program.

*Cue Sir David Attenborough voice* In the name of journalism, two editors embarked on one of their most tireless journeys: eating like the most beautiful and fit bodies to ever hit a runway, Bella Hadid, Georgia Fowler, and Adriana Lima. It wasn’t easy, but was it worth it? Read below to find out.

When I first started my career, I sacrificed myself as the in-office guinea pig for any buzzy, new-age health fad that landed in my inbox. I was relentless with the extremes I’d go to just to see what happened—and, ultimately, to write about it. But as I’ve grown in wisdom, in life, and in my job, and learned what my body can and can’t handle, I’ve succumbed to a more modest and balanced approach to health. I absolutely vow to never do a juice cleanse again, never a raw diet (I actually developed an allergy while doing this one—scarred. for. life), and the cabbage soup diet (remember that one?) was too, um, flatulent. But when I heard all the positive results that Dr. Charles Passler’s clients were having—one his biggest fans is our very own Stephanie Mark, and a whole rolodex of models like Bella Hadid and Adriana Lima—I couldn’t wait to try his Pure Change Program. It was only after meeting him that I realized this could actually be the real thing.

However, his program is intense, I’m not going to sugarcoat it (funny, nothing is sugarcoated on this plan), but it’s the perspective and 1:1 time he gives you that really makes the biggest impact. Here’s the gist: You can choose between doing the 7-day (Phase 1) or the 21-day (Phase 1 & Phase 2) programs. Jodi and I chose the full 21 days. We’re hardcore!

Phase 1 is the most restrictive—you’re on a strict schedule, starting your mornings off with a protein shake and supplements. Two and a half hours later, you have 1/2 of your protein-packed bar; two and a half hours after that, you have your veggies from the list of Passler-approved greens (mustard or lemon are your only seasoning options) and another packet of supplements; repeat that cycle one more time for dinner, and take your probiotics and magnesium before bed.

Phase 2 is similar to the above, with the addition of healthy fats (AVOCADO!) and proteins like fish, eggs, and chicken, and switching up your shake formulas. All throughout the program, you practice your breathing, sleep from 10PM to 6AM (and get up on the first alarm—a Dr. P mandate), drink tons of water, and try to really evaluate the situations that are causing you stress—because Dr. Passler attests you’re likely not going to make good decisions if you’re in a bad mental state.

Here is everything we experienced during our 21 days of eating like Bella Hadid.

These days were a bit of a haze for me—it was that withdrawal from caffeine, sugar, and carbs that’s a real damn thing. I was hungry too, that I’ll admit. I’m a huge breakfast person, so only having a shake in the morning was a real adjustment. Water and the supplements were my real savior. I don’t even have any tips for you guys, just power through and chill because if you have a similar experience to mine, you won’t really feel like yourself. Dr. Passler recommends taking a break from working out, and you’ll understand why—it’s a big change for your body.

At this point, things were much easier. I liiiivvveee for the sweet, faux-sugar rush of the protein shakes (my fave is the Dutch Chocolate Lean Body Shake) and the bars. I’m horrible at taking supplements—don’t tell Dr. P, but I skipped out on a few. Not the smartest idea I’ve ever had, because they truly helped with energy levels and, I’m sure, other things I couldn’t see. But I was still a little hungry and counting down the days for when I could have eggs again. I felt significantly lighter (I had actually lost 6.5lbs) and less bloated, and I seriously think I was standing a little taller.

As soon as I could add chicken and avocado to my salads, I have to admit, the program became significantly easier. I felt great! I had so much energy, my stomach was the most consistently settled it had felt in months, and I fit better into all my clothing. Save for the no-alcohol, I could do this forever.

Phase 1 was challenging for the entire duration, I have to be completely honest, but it made me realize how much food I *really* needed for energy. And it was definitely not the amount I was consuming pre-Pure Change. Because of the challenge of the first seven days, I became dependent on my water intake, and by the time the 21 days were up, it became habitual to get in the requisite number of bottles a day. I also realized the foods I was sensitive to, because since completion I’ve tried to reintroduce them (dairy=no bueno).

I’m not a big cleanse gal. I’ve only done one in the past (a juice cleanse, of course), and I quit three days in due to lack of energy and a pounding headache, but the opportunity to try Pure Change seemed too good to pass up. Naturally, the day before starting I ate an entire box of mac and cheese (sorry, Dr. Passler) and woke up the following Monday morning somewhat ready for what was to come (aka, I was nervous as hell). Dr. P had warned us that the first three days would be the toughest, and spoiler: He was right.

Water was my best friend the first few days to get through the slight hunger pains that I had. It was nothing crazy, I’m just used to having snacks all throughout the day. The afternoons were a little tough (could’ve definitely napped on my desk post-lunch), and my bedtime had to be bumped up by a few hours.

I had a slight headache waking up day four, but as soon as I chugged back my vanilla shake, it was gone. By day five all of my energy was back, and even though I hadn’t worked out in a good six or seven days, I felt lighter than ever. I will say, though, that the cleanse can be a little bit of a roller coaster because on the sixth day I was craving everything under the sun (chocolate cake, anyone?).

Low-key thought that I could stay on the cleanse forever at this point. It had me waking up before my alarm, and when I added my workouts back into the mix, things got that much better. By day ten I was down six pounds and my usual 4PM sweet cravings had all but disappeared (I think I owe that to the chocolate-flavored protein bars).

I began to feel pretty bloated around this time, even though I hadn’t changed a single thing in the plan. I decided to cut down my protein to see if that helped. Lo and behold, it did, and I began to feel lighter again. With two days remaining, I started craving a big glass of wine (ya can’t take the guilty pleasures out of the girl), but honestly, I couldn’t have cared less about coffee. It was a miracle.

Although three weeks seems like a long time, once you’re in it, it’s not all that bad. Speaking with Dr. Passler post-program, he let me know that my bloating could have been that “it was just too much of something for too long.” It’s not common on the program, and he also suggested that it could have been “bar or shake fatigue.” His explanations made sense considering that once I tweaked the program, taking the second half of my protein bar out, I felt much better. With a total of six pounds lost, I was feeling really good, and my friends picked up on that—they commented on how happy I looked. Full disclosure: I’ve just ordered a second round of bars and shakes, and so, on that note, until next time, Pure Change.