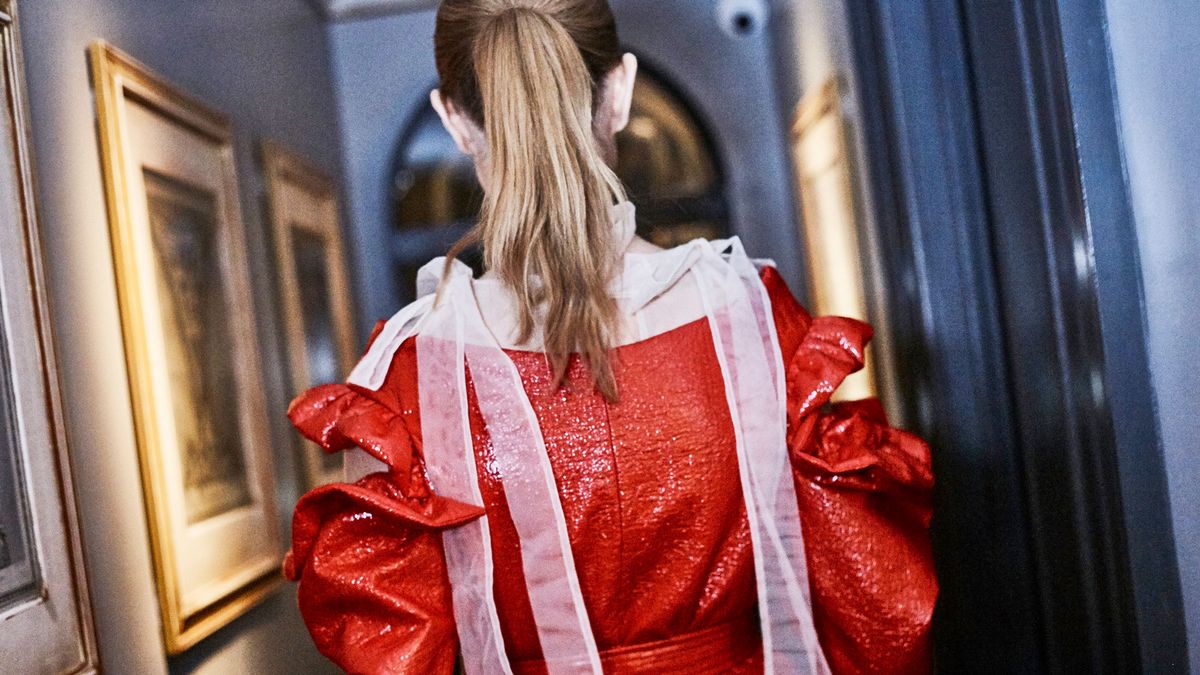 Vodianova has raised $50 million over the years in large thanks to the ways in which her star-studded fundraiser breaks the rules. “It’s sort of the opposite of a sit-down dinner,” Vodianova tells us about the fair, which, last night, had an intergalactic theme and included touches like Versace alien laser tag and Givenchy Plinko, all hosted by some of the aforementioned celebs. “The advantage of a sit-down dinner is you can captivate the audience and force them to listen to you, but here we’re doing something more lighthearted. There’s less guarantee of the fundraising, but it’s much more welcoming to young people and social media-friendly.” Indeed, Baldwin posting a pic of herself in front of Fendi Spaceball is pretty much guaranteed to spread the word.

One of the major ways the more than 70-time Vogue cover model and mother of five brings that energy is through what she wears. This year, for the galactic theme, Vodianova posted a series of space-inspired Instagrams before hitting the fair in a Simone Rochas dress straight off the fall runway. Like, actually two days before. Click through to see how she and her glam team got ready.

1 / 14
About getting celebrity friends to attend: “I just say, 'You have to come.' [Laughs] You spend your time saying hello to the people you know, but they’re there for a good cause. It’s the most socially responsible way to socialize.” —Natalia Vodianova