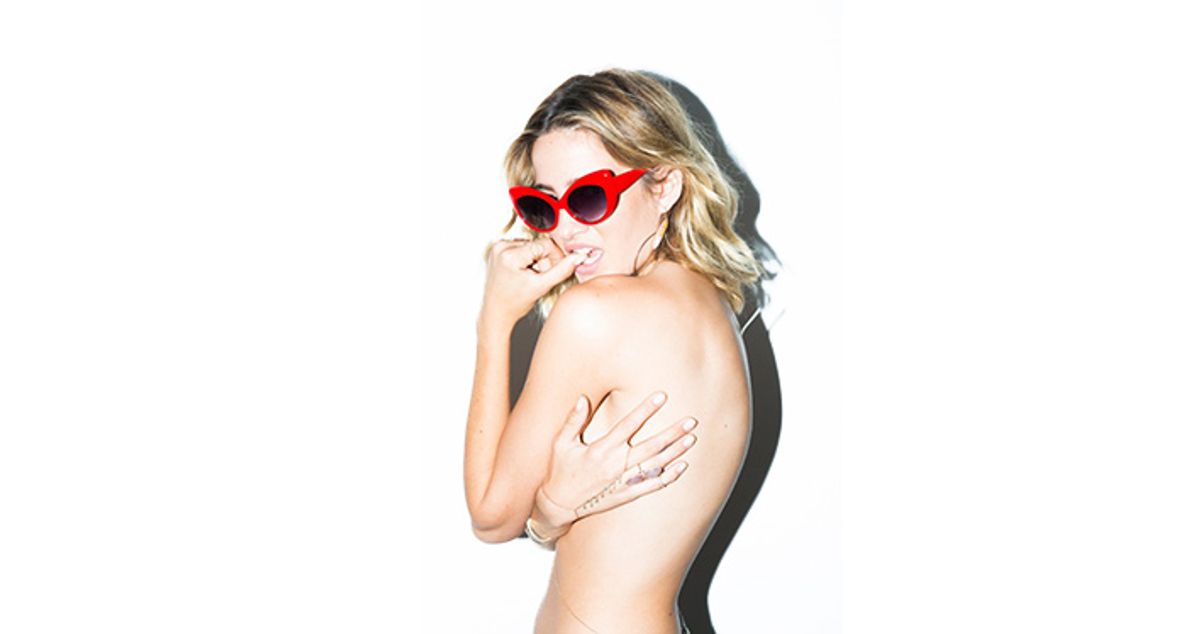 Faking Orgasms: Why We Do It & Why We Need to Stop

A plea for the greater good of all womankind.

“I’ll have what she’s having.”

It’s the most memorable line from the most memorable scene of 1989’s When Harry Met Sally, so naturally, I have an issue. For those cave dwellers and ’90s children who are unfamiliar, here is the setup: The scene sees Meg Ryan’s character, Sally, unleash a monstrous fake orgasm in the middle of crowded New York lunch spot Katz’s Delicatessen. While Sally puts on quite a show for her fellow diners, the real climax of the scene comes after—when an awestruck older lady, inspired by Sally’s faux-O, decides to order one for herself. And so… “I’ll have what she’s having.”

You guys, this gives me the sads. I mean, clearly this woman’s orgasm quest is doomed from the get-go. I just want to grab that little old lady by her tiny Talbots-covered shoulders, look her straight in the eye, and shake her violently while screaming, “NO, YOU DON’T!!! You DO NOT want what she’s having!!! It’s all a LIE!”

(Incidentally, what she’s having is a twenty-dollar pastrami sandwich, which, orgasm or not, is frankly an outrage. Twenty dollars! For pastrami!!! In a city with a deli on every corner? As if the situation weren’t grim enough already…)

While some folks are willing to spend twenty dollars on a meat sandwich, literally NO ONE is in the market for a fake orgasm. So why, pray tell, is it STILL on the proverbial menu?

WHY WOMEN FAKE IT

I spoke to Vanessa Howe, founder and CEO of Howe Brand, to get to the bottom of this. Howe has done extensive research on the subject of getting women (and men) off, designing some of the best vibrators of all time. Basically, she is doing God’s work.

According to Howe, over 80 percent of women have faked an orgasm in their lifetime. While the fake-it-till-you-make-it ethos might apply to a lot of things in life (i.e., New York Fashion Week), it does not fly when it comes to your orgasm. In fact, faking it has the opposite effect: By making your partner believe you are coming from something that doesn’t work, you are preventing them from figuring out what does. But you knew that already. So what gives?

For one thing, people’s expectations about sex seem to be out of whack with the reality of the female orgasm. “Our whole notion about the ‘norm’ when it comes to sex is pretty skewed, and it’s skewed against getting women off,” says Howe. “Turn on a TV show or a mainstream movie, and generally, what is represented is a guy and girl, they get naked, there is zero foreplay, somehow they reach orgasm together, and then they collapse onto the bed. The message sent to the viewer is: Sex is only good if we both come.”

Total fallacy, but it’s a point that certainly has traction. “There is an incredible amount of pressure for women to reach orgasm during sex. However, most women cannot come from penetration alone.” So instead of just not coming, we fake it.

Obviously this is stupid. And unproductive. But it gets worse. Not only are we women not coming, but evidently we aren’t all that concerned about it, either. Instead, it turns out that the motivation behind faking it has to do with making sure men aren’t offended by our failure to climax. Because THAT’S WHAT COUNTS!

According to Western University psychologists Claire Salisbury and William Fisher, many women fake it because they don’t want to bruise their partner’s ego. The request to follow up sex with manual stimulation seems to have the potential to be “devastating to a man’s self-esteem.” Afraid of shattering the male ego, “women are inhibited from acting on their own desires to be stimulated to orgasm in ways other than intercourse.” Through fun things. Like oral sex! And vibrators!

Howe’s research paints a similar picture. “The answers we get in focus groups are: ‘I’m tired’; ‘just doing it for my partner’; ‘I know I’m not going to come anyways’; or ‘he’s just been pounding away at me for far too long.’”

Frankly, I am not sure how to handle this information. Construed through the best light possible, women are just super-duper awkward about this. However, I sense something much more problematic lies at the root of all this fuckery: The theme is that women are prioritizing male pleasure (and ego) at the expense of their own. This will not do.

A MODEST PROPOSAL: STOP FAKING IT

If you are someone who fakes it on the regular, please consider the following proposal: Stop it! Call me old-fashioned, but there is no good reason for turning into Meryl fucking Streep every time there is a dick in the vicinity. Instead, take the energy you are putting into your acting game and redirect it somewhere that counts. Specifically? Your clit.

“The notion that women can reach orgasm through penetration alone is a bit of a myth,” says Howe. “Very few women can actually come this way. It’s really hard to have an orgasm without stimulating your clit… In fact, for the women who can come from [penetration-alone] sex, it’s usually because of one of two things: either their clitoris is a bit bigger, or because, locationwise, it is situated a bit closer to the opening of the vagina, so penetration itself will stimulate it.”

Finally, if the prospect of a real orgasm isn’t enough to get you to stop faking it, at the very least, consider the rest of us! Rampant orgasm-faking has created a population of men who are completely clueless as to what is required in order to get women off. Think about it: Every time you fake it, you are basically handing out the sexual equivalent of a gold medal to a dude who only earned himself a participation ribbon.

There are already too many guys running around mistakenly thinking they are Olympians. So I beg of you: Cut it out. Otherwise I fear a dire future is ahead—one filled with sexually unsatisfied old ladies, gathered together at a deli, optimistically ordering twenty-dollar pastrami sandwiches.