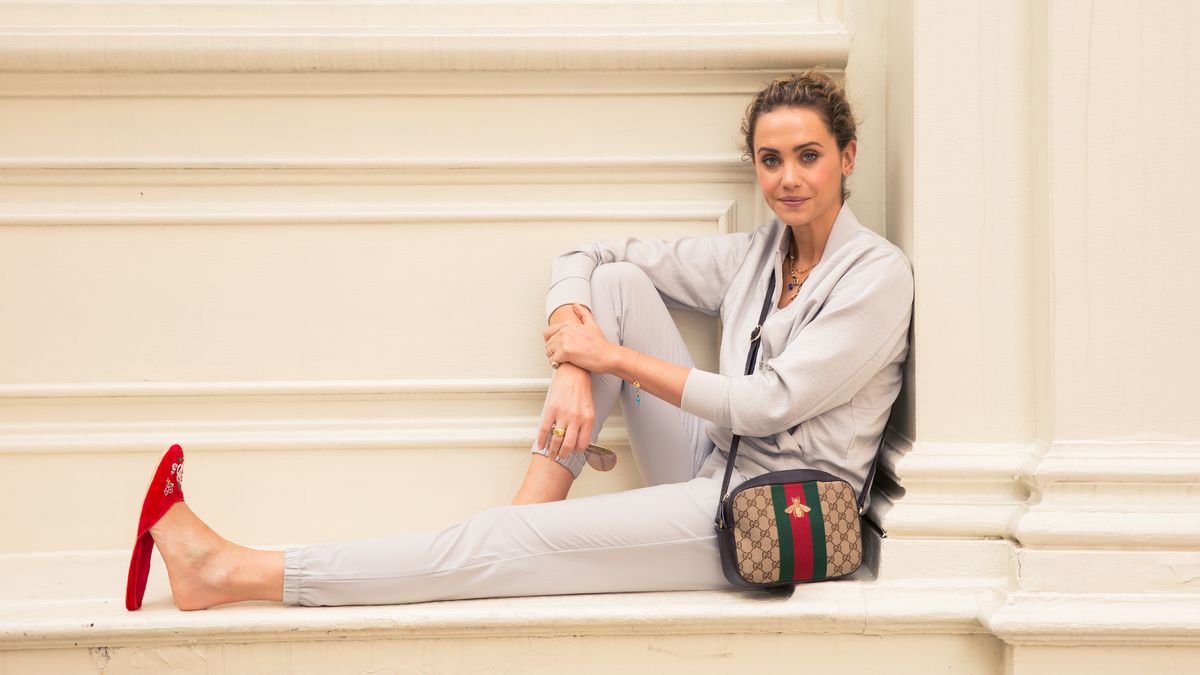 In a nutshell: It’s complicated.

This is going to be a long one…

The weird thing about getting pregnant is that because many of us spend the entirety of our lives desperately trying not to get pregnant, by the time you decide it wouldn’t be the worst thing in the world to have a kid, you have absolutely no idea if your body will cooperate. It could take years, or it could take one try.

When I decided I could probably handle having a child, but like, in a year, and decided to go off birth control, I thought it was going to take a while. My medical history hinted that I might have problems, and also I wasn’t totally ready, etc., etc. I decided to see an amazing acupuncturist, Dr. Julie Von (whom I give lots of credit for the baby currently occupying the better part of my torso), just to start getting things on the right track. I went to two sessions with her, started a round of herbs she prescribed, and about four weeks later (four months sooner than I’d hoped it would happen) I was knocked up.

So that’s maybe the first thing nobody tells you—that you have zero control over the situation. You might try for months, or you might not ever try, you have no way of knowing. So when you decide, “OK, maybe it’s time,” you should probably feel pretty comfortable with “it” happening.

Cut to 33 weeks later, and I have this extremely squirmy, extremely heavy object roughly the size and shape of a large frozen chicken bulging out of my torso, and I feel—since I’m near the end—that I’ve learned a lot. A lot of those things were lessons people told me but I didn’t understand; many more were things nobody ever thought to mention. Here are a few.

About a month before I found out I was pregnant, I was watching The Handmaid’s Tale when I was served an ad for a pregnancy test... Unfortunate placement, to say the least. The commercial framed a positive test result as the happiest, most rewarding thing that a woman could ever hope to have happen to her. The messaging was clearly stating a woman’s life begins at conception (not her own conception, mind you…), and I was livid! Totally flabbergasted that in the middle of The Handmaid’s Tale, of all things, I should find such an archaic view of pregnancy and motherhood.

Yes, to many women it is the best thing that has ever happened, and I know to many women it is incredibly fulfilling. I’m not going to say I’m not one of those women, but what I will say is that it’s fine if you don’t feel that way about it. It’s fine if you have very complicated feelings about your impending motherhood—it doesn’t mean you’ll be a bad mom, and it doesn’t mean you’re a bad person. Just as every woman’s physical pregnancy and birth experience is different, every woman’s mental experience of it is different. At least, that’s what my therapist says, which brings me to my second point…

I’ve heard a lot about postpartum depression. I think most of us have, and it’s amazing that the medical community and the social community at large have recognized what a massive issue this is, and that it’s not just “hormones” or “being crazy”—it’s like centuries of mothers were routinely gaslighted, and thank God that’s over.

But what I didn’t hear about was perinatal depression—depression that sets in while you’re pregnant. It’s just as *real* a *thing*, and it is really, really, really hard. It’s hard, when you’re faced with endless images of blissed-out “yoga-mamas” or “mamas” of any sort (I bristle every time a stranger or pseudo-stranger refers to me as “mama” instead of, say, “Laurel,” but anyway…) with their perky bellies and yogurt-y grins, to reconcile the fact that you might feel like the complete opposite of that. You might feel like you’re mourning your old life (which sounds dramatic, but I have felt this).

You might resent your partner, and the fact that they can go about their lives as they always have—nobody gazing lovingly at their belly and asking them extremely personal questions. A total stranger recently asked me if I was “planning” on having a vaginal birth. I’ll just leave that there.

You might resent the fact they can go have martinis and unpasteurized cheese whenever they want. Your entire life changes the second you find out you’re pregnant: Your body changes, friend circle changes, career changes—and you spend nine long months waiting for your partner’s life to catch up to yours. As beautiful as pregnancy is, it’s also really hard.

It’s hard when you hear of so many women struggling to get pregnant to understand how lucky you are to even be feeling this way—despite feeling this way. As lucky as you may be, and as grateful and thankful as you are, it’s fine to have more complicated feelings than just being “happy” or “excited.” It’s fine to sometimes feel lost.

I spent the majority of my second trimester feeling this way, and I thought something was seriously wrong. As it turns out, a lot of women I know felt similarly at one point or another, and talking to them and getting professional help really helped.

It’s Going to Be a Lot Harder to Be Heard

If you’ve ever had someone tell you, “Oh, you’re probably PMS-ing” or ask you, in the middle of an episode of expressing your feelings, “Are you on your period??” Multiply that by ten when you’re pregnant. The “hysterical woman” trope applies ten times more when you’re knocked up, and it’s ten times more enraging. If I see one more wink-wink, nudge-nudge, poor guy, his wife is pregnant and crazy joke, I’m going to commit a murder.

This is all context in which to say, it’s hard to make yourself heard as a woman. It’s a thousand times harder to make yourself heard as a pregnant woman. Keep talking, though; yell if you have to. Just because your hormones are on overdrive does not mean your thoughts/feelings/opinions are invalid. You, and your voice, are every bit as valuable after sperm meets egg as before.

You’re Going to Get a Lot of Really Uncomfortable Questions

I mentioned this before, but I didn’t realize how true it was until I was faced with it. There’s something very biological about walking around as a pregnant woman, and the questions I get asked only highlight that fact.

I’ve been asked everything from if I plan on breastfeeding (from men and women alike!) to, like I said, my “plans” for vaginal birth, to whether or not I had been “trying” to get pregnant. Each time I’m asked this, I feel like a spotlight is shining on a particular part of my anatomy, and I feel a tiny bit more like a vessel, less like a human.

However, what I’ve realized is that people fucking love babies. And they love pregnant women! Most of the time, they’re just trying to find a way to relate to you and talk to you, and since the whole thing is kind of biological and graphic in nature, you’re bound to get some graphic—or at least, very uncomfortable—questions. It’s annoying, but it’s fine.

What I do not appreciate, however, is the advice and judgment—especially from men. My response when a man told me pregnant women shouldn’t have coffee as I ordered my morning cup was “That’s great advice, you should keep it in mind the next time you’re pregnant.”

Oh boy, the body spiral! I resisted buying anything bigger or getting anything specifically maternity for a long time, thinking I’d be one of those ~fashion moms~ who never changes, but the reality of it is, my body is COMPLETELY different, therefore, my clothes don’t fit. It’s nothing to feel sad about; just get some bigger, comfier things, and move on.

Exercising has helped my sanity a billionfold. I’ve heard a lot of “are you sure you should be doing that”s, and as long as your doctor says it’s fine and you want to do that, you should do that.

I’ve been seeing a prenatal certified trainer twice a week (stay tuned for his preg-friendly toning moves and stretches to help with delivery!), walking every day, and doing regular classes at Barre3 and Physique 57. It has all helped me feel more in control of my life, calmer, stronger, and generally healthier. It’s not at all about weight loss or anything superficial (for the first time in my life), which is also weirdly liberating.

Another liberating thing: About 20 weeks in, I was on a trip with a bunch of women I didn’t know very well, and at one point we all went to a spa and were in our swimsuits. For the very first time in my life, I didn’t worry about how I looked in said swimsuit because I just looked pregnant. It was a truly amazing feeling.

And then at about 22 weeks I remember thinking, “There’s no way I could ever get bigger than this,” to which me at 33 weeks says “HAHAHAHAHAHAHAHAHAHAHA!” You’ll get bigger, and bigger, and bigger, and it will be uncomfortable (not only will your belly button pop out, but it might hurt too!), but also delightful and beautiful. The more you feel that tiny human swimming around, and the bigger you get, the more you can marvel at how strong you are, what a miracle you are, how you’re doing something no man could ever do, and even though it’s hard and sad and weird and you might spiral out like I did, at the end of the day, you’re making a tiny life that’s half you, and isn’t that neat?