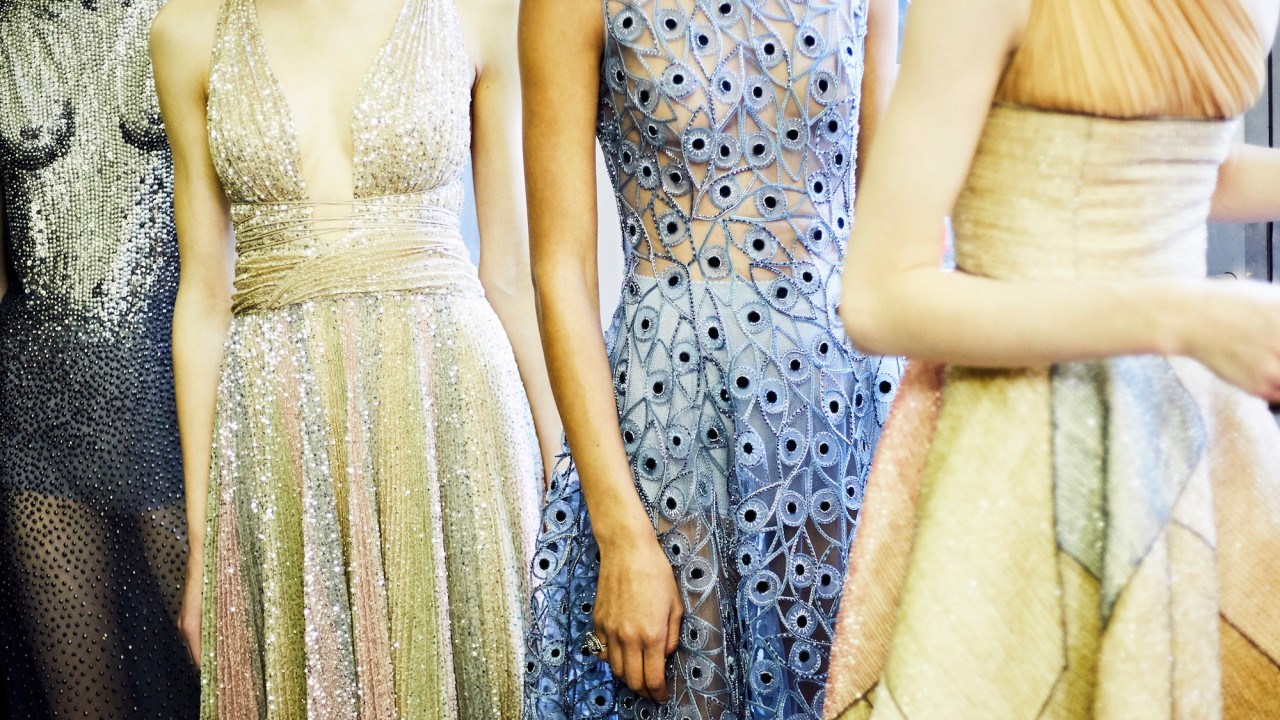 If not for the fact that they’re drop-dead gorgeous, then for the interesting backstory.

Surrealism has been a constant source of inspiration for fashion designers since the art movement began in the early 1920s. For spring 2018, Dior designer Maria Grazia Chiuri drew inspiration from the surrealists and reinterpreted it with a sense of modernity under the Dior lens. Chiuri, who spearheaded fashion’s social protest 18 months ago with her debut collection that featured “We Should All Be Feminists” t-shirts, is continuing to explore female empowerment.

This year’s muse was artist Leonor Fini, who worked with the brand’s founder in the 1930s and held her first solo show at Dior’s atelier. The Argentinian artist was known for her powerful depiction of women and was selected to partake in Peggy Guggenheim’s Exhibition by 31 Women in 1943 in New York.

Models walked down a checkered catwalk, giving a nod to Man Ray’s chessboard, with supersized plasters of random body parts dangling above. Several of the models wore masks created by Stephen Jones that covered the face but revealed the eyes, while others had surrealist-inspired tattoos that adorned collarbones and fingers. Peter Philips, creative director of Dior makeup, created a strong eye with loosely drawn lashes to complement the masks, while hairstylist Guido kept the hair sleek and tied back.

Click through for the full look behind the scenes, and to hear more about the inspiration for the look.

“No mascara. A little on the eyebrows, and then of course there are the tattoos, the body tattoos, which are actually surrealist works that Maria Grazia picked and we just played with them.”

“I kind of wanted the simplicity, really, so the eyes talk, it’s like a lot of detail in the eyes, so I don’t want the hair to be another thing because there could be a lot going on up there,” Guido said of the hair.

“I just accentuate with a little bit of base kohl liner in the eye, in the corner of the eye, and the space between the lines, just to give it more contrast.”

“I looked at the girl, and I drew two stripes, like clearly horizontal, and then I just added the ends of fake lashes. Kind of heavy-handed, like painting, and I just do the same kind of brush strokes, but so not too clean,” said Philips.

“The hair gives you a little more masculine kind of thing.”

“It’s a pulled-back ponytail,” explained lead hairstylist Guido. “But the idea is a bit boyish. I cut the sideburns a little bit; you’ll see the wispy bits around the ear.”

“It’s a focus on the eyes with really extreme, loose, heavy-handed drawn lashes. It’s inspired like on movies, like real movies like The Red Shoes,” said Philips.

“We will be doing the focus on the eye, and the makeup was actually mostly designed to be combined with masks,” said Dior Beauty’s creative director, Peter Philips.