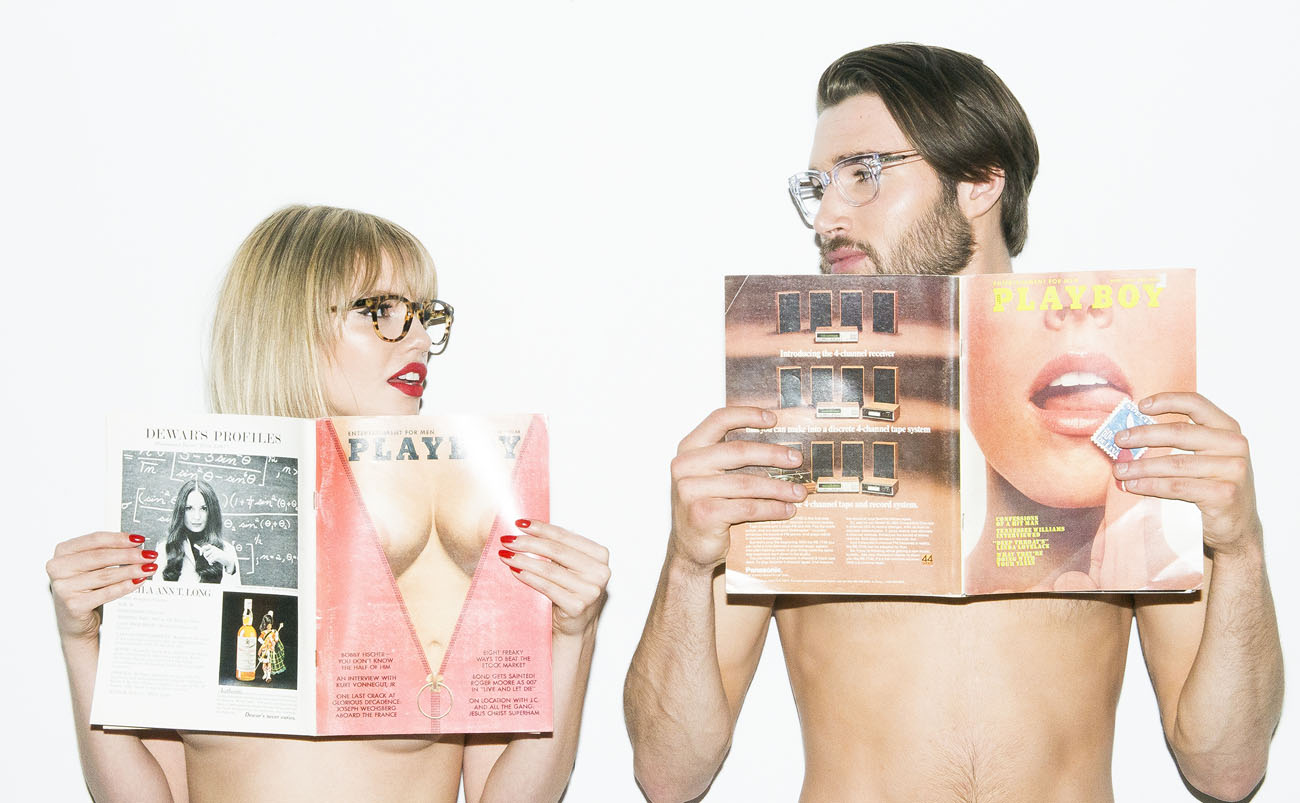 Eff your juice cleanse. Our sex columnist sounds off on why 2018 should be your year for better dates, better sex, and better orgasms.

It’s that time of year again!

And let’s be honest: It can be fucking treacherous.

January is without a doubt the worst time ever to commit to making life changes. I mean, think about it… Self-loathing is at its absolute peak! Celebrating the festive season properly almost invariably means starting the New Year off on a wobbly foot. The aftermath of a holiday well spent leaves us hungover, bloated, and hideously broke. #blessed

So it makes perfect (read: zero) sense that it was decided that January would be the ideal time for reflection and renewal. For me, this tends to go as follows: Every year, I take stock of all the ridiculous decisions I’ve made over the past 365 days, and every year, I vow to stop being such a goddamned mess. As you might guess, I never get very far. This year, I’m asking why.

Why do I suck at this?

The first and most obvious answer is that being a hot mess is something that comes quite naturally to me. But surely there’s more to it than that? As I thought about it, I realized I was failing to keep my resolutions because I was going after the wrong goals altogether. I kept resolving to change things that, frankly, I did not truly feel compelled to change at all. Despite pretending otherwise, losing ten pounds, drinking less alcohol, getting my insane Shakira hair under control—these things are kind of NBD in my books. I mean, if I cared, I would have changed by now, no? All this time, I’ve subscribed to a predetermined list of goals: things I was supposed to want to change, but that, ultimately, weren’t really my goals at all. How fucking basic of me.

So this year, I decided to take a hard look at what I actually wanted. If this was going to work, I needed to be motivated! After kicking a 40-year-old drummer with neck tattoos out of my bed, I realized I knew EXACTLY what I wanted to change. Not my diet. Not my alcohol consumption. But my dating game. At last, some motivation!

If any of the above sounds familiar, I invite you to hop on this fuckboy-free bandwagon with me. No doubt, what’s good for me will most definitely be good for you. New Plan: Screw the diet!

This year, I’m overhauling my dating game. Who’s with me?

I am incredibly picky when it comes to men, in that (but for a few magical exceptions) I pick the worst ones ever. To those of you questioning the truth of that statement: Welcome to my column! You are clearly new here!

By way of illustration: This year, I may or may not have had sex with a fucking unicyclist who I later found out lived part-time in a garage and was attempting to convert his eighth grade students to the “Religion of Pete.” I know. I deserve to be euthanized.

The worst part about this situation was that it wasn’t a one-night mistake. Like...I had hung out with this guy for an embarrassingly solid amount of time (even soberly!) before his devil penis found its way into my underoos. I HAD TECHNICALLY VETTED THIS GUY!

This tells me one thing: Evidently, I have zero fucking vetting process whatsoever. This is a problem. Much like the Republican Party, it is time for me to overhaul my method of determining acceptable candidates. URGENTLY.

I admit it. I am a ghoster. And it’s incredibly fucking lame. For those of you who are unfamiliar with the practice of ghosting, allow me to enlighten you. Basically, ghosting involves two steps: 1) Deciding you are no longer interested in seeing a person you have been dating, and then 2) going radio-silent in order to communicate said disinterest. Helpful ghosting techniques include blocking numbers and Instagram accounts and un-friending your target on Facebook. If you want to get really old-school, it means running away like a complete imbecile when you bump into them on the Wythe Hotel rooftop. Not that I’d know anything about that.

It should go without saying that ghosting is very poor form. And yet, for some reason, it also happens to be something that I and my friends engage in far too often. This year I would like to make a conscious effort to stop doing it. Not only is it shitty behavior, it’s bad karma! Now, I’m not exactly a highly evolved human being, but I am technically a grown-up, which means I can probably come up with a more elegant way to end a string of mediocre dates. You can, too. 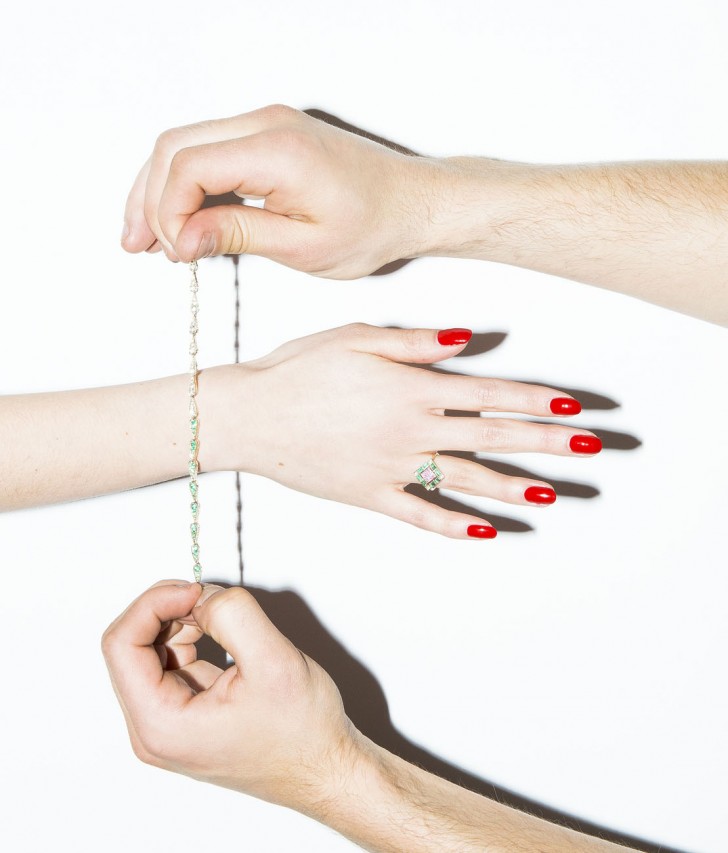 3. Ask for More of What You Want

Whoever coined the phrase “Good things come to those who wait” has clearly never endured the trauma of waiting for a man to locate their clitoris. AM I RIGHT?

Waiting for good things to happen to you (and your lady parts) is basically an excuse to sit around doing nothing. And frankly, I do not need any encouragement in that department. Life is not a Helen Hunt movie, friends: Men, for the most part, do NOT know what women want. I mean, good god, WTF is up with that spitting-cobra move? Oh yes…you know exactly what I’m talking about. Nightmares!

So where does that leave us? It’s time to take the reins! (Perhaps even literally, for those of you with a bondage kink...) This year, resolve to make your voice heard: Want to try out a vibrating cock ring? Ask for it! Like it better when your partner goes slower? Then SAY SO! And if you want to be strapped to a bed frame and banged while sporting a fancy new ball gag? Yup. You guessed it. You’re going to need to ask for that, too. #LeanIn! 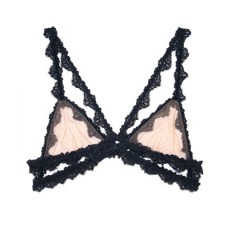 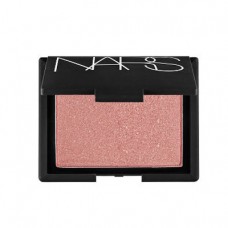 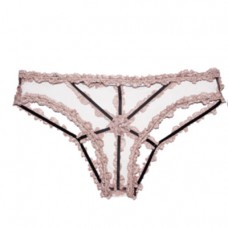 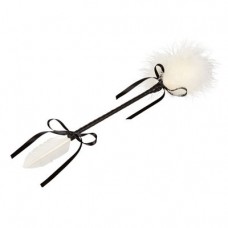 4. Stop with the Nicknames

There are two types of single women: ones who give their dates horrible nicknames, and ones who lie about it and pretend they don’t. So, yes. Obviously the men in my life often acquire nicknames. My phone is full of aliases like Spacefart, Thor, Zoolander, Patrick Bateman, Voldemort, and FOR-THE-LOVE-OF-GOD-DO-NOT-ANSWER, #1, 2, and 3. (I could go on, but my editor wants me to work on my word count.)

Anyhow! I always suspected these nicknames were liabilities, but this year I received conclusive proof thanks to a friend who greeted one of my dates by drunkenly screaming, “MUSHROOMPENIS IS HERE!” I know. This bitch has no chill. As per usual, the moral of the story is: I should absolutely cut this shit out. If this applies to you—consider taking my lead.

But you know what? That is beside the fucking point. Because no one needs to be sold on the upsides of the orgasm. The bottom line is orgasms are fucking awesome. So this year, I intend to have more of them. I highly recommend you do, too.

Now, I’m not suggesting you run around like a heathen humping everything you can find that vibrates. Instead, just make a point of incorporating coming into your life, whether it’s with your partner, or by taking matters into your own hands (getting off does NOT have to be a team activity). Make the time. Orgasms should not be happy accidents, reserved for special occasions or particularly bumpy motorcycle rides. You make time for eyebrow waxes, Pilates class, and visits to the manicurists—how the fuck is this not on your list of priorities?!

BTW: If you haven’t figured out how to get yourself off yet, make 2018 the year to get that shit resolved. If you can’t make yourself orgasm, how on earth do you expect your partner to figure it out? Here is your homework: Persevere. Practice. Employ some toys. And if necessary, break for snacks :blush:. 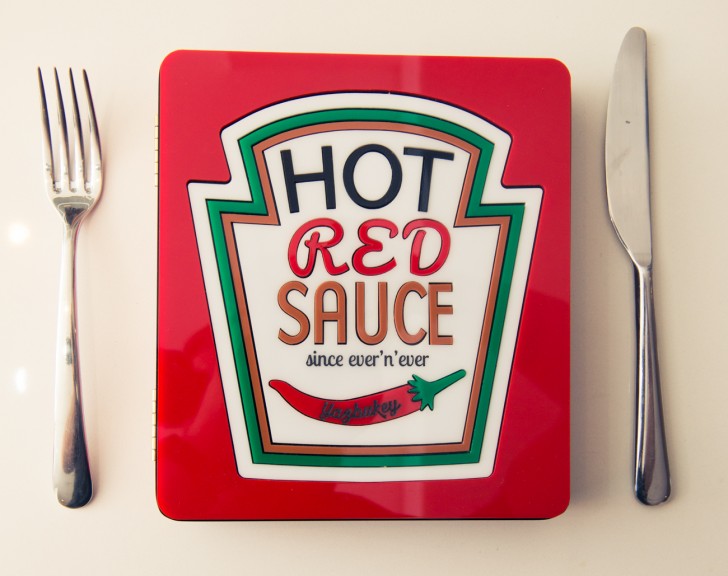 I’ve said it before, and I’ll say it again: The problem with red flags is that I’m attracted to them. When it comes to emotionally unavailable men with attachment issues and narcotic dependencies, I have been known to operate with the speed and precision of a heat-seeking missile. While this is helpful for my fellow single friends (Lindsay has located the biggest time bomb in the bar—we can now proceed…), it certainly hasn’t done much for my love life. Which is unfortunate. Going forward, I resolve to watch out for red flags, to pay attention when I locate them, and most important, to stop fucking them. You should, too.

Now, for the most part, red flags are an individual thing. (I, for example, refuse to date anyone who invites me to go for a run. HOW IS THAT A FUN THING TO DO?) But particularities aside, there are a few red flags that can be waved across the board. For example:

•If he proposes to you on the second date, RUN: It turns out, this is not as romantic as I initially suspected. Instead, it was most definitely the behavior of an unstable Tinderman in the throes of desperation.

•If he talks like a douche bag, he probably is one: This fall, I spent some time hanging out with a gent who had recently summited Mount Everest. This would have been awesome except for the fact that he insisted on referring to it as “the hill.” THE HILL. If I had a dollar for every time I heard a story about While I was up on the hill, well, I’d still be a dumb-ass, because, really, who sticks around to hear that kind of story more than twice?

•Money stuff: If he mentions a private helicopter, a Hamptons house, or even more extravagantly, a rent controlled apartment in Manhattan (!!!) on the first date, that’s your cue to leave. Most likely, he doesn’t have one. And if he does, it isn’t one you ever want to visit. Because men who brag about money are turds. It’s science.

So there you have it, friends: my sex and dating resolutions for 2018. Who knows? I just might keep these this year. Because the time has come for me to stop being such a goddamned idiot when it comes to dudes, and if you’re anything like me (my thoughts and prayers are with you), you could probably do for a dating overhaul, too.