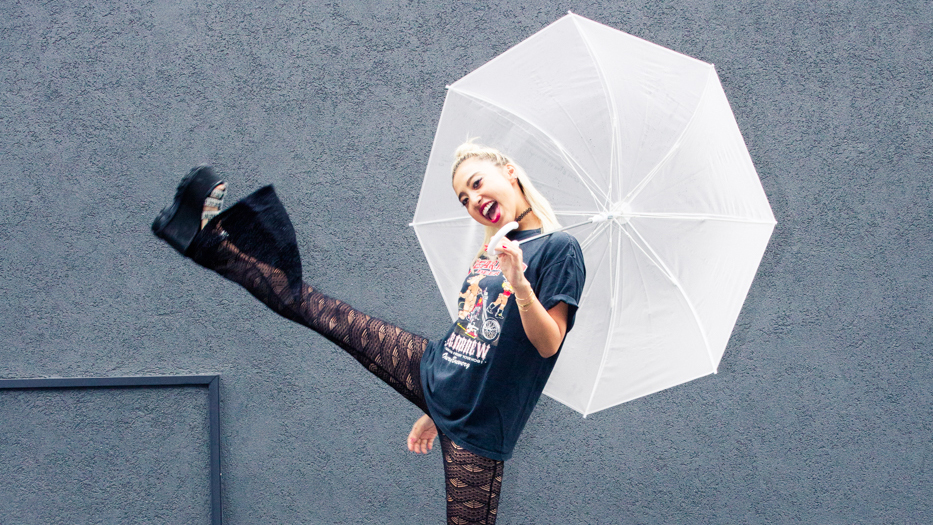 The 17 Biggest Trends of 2018 Are Actually Free

Consider this the trend handbook for people who hate trends.

It’s strange to think that in 2018 we’re still using the word “trend.” The concept itself feels so antiquated in a time where people pair silver rings with gold necklaces, wear all-white outfits far past Labor Day, and prefer to look unlike anyone else rather than become a carbon copy. In 2017, it felt like the whole entire world (Mother Nature, US Congress, the Best Picture award at the Oscars, the presidency [ugh]) looked at the way things were traditionally done, just said, “fuck it,” and threw every and any rule book out the window.

2018 is already off to an interesting start fashionwise. Iconic magazines like Nylon and Teen Vogue are no longer around. Aesthetic auteur Phoebe Philo left Céline. Some of the most famous women in the world weaponized an all-black wardrobe at the Golden Globes to make a bold and visual statement against sexual harassment. Things are changing, and so is the concept of trends.

Instead of looking at it like a list of clothing you need to invest in, see trends as a changing mind-set you need to adopt. This year it’s all about wearing what you want and saying what you want, all while feeling insanely confident. Here are the 17 trends that’ll be everywhere, and following them won’t cost you a thing.

Wear whatever you want, but also do whatever you want. Sometimes it can feel like Instagram was built to make you feel bad about yourself, with so many people only putting their best (and most filtered) foot forward. But in the last year, there has been a real shift in the way people express authenticity on the platform. Of course Eva Chen, the head of fashion partnerships at Instagram, said it best in an interview with Elle UK: “There was a period of time when perfection was particularly dominant on Instagram...Now, what we’re seeing—thanks to Instagram Stories—is that people want to show the behind-the-scenes of life and make it feel real. When there’s soul and personality behind a post, it clicks better. When it’s too perfect, it doesn’t do too well anymore, and this is something I see with influencers, models, and designers. You want to feel like you have a true connection with someone.” You heard it here first: Stop eating avocado toast, and start uploading those selfies where you kinda look like a thumb (it worked for Rihanna).

À la Meghan Markle. Okay, so maybe her intentions had to do with her impending royal status, and not all of us have a prince or princess future on the horizon, BUT considering the increasing popularity of vintage shopping and continuous resurgence of everything retro (see: everyone in Brooklyn owning a record player, or Cardi B and Bruno Mars’ video for Finesse), what’s more old-school than going totally off the grid?

OK, this one isn’t free per se, but it is so, so much cheaper than the alternative. With Instagram designers like Aurore Van HIlhem Paris, Maison Cleo, and Ciao Lucia, let your never-ending scroll turn into a spending spiral.

4. Being proud of your age.

Maye Musk became an ambassador for CoverGirl, 21 models over age 50 walked the runways during New York Fashion Week, and Tracee Ellis Ross made a speech about feeling great at 45 with no kids and no husband. Instead of worrying about something like turning 30, embrace your birthday and get style inspiration from perfect people like 63-year-old influencer Lyn Slater, or 88-year-old street style slayer Moon Lin.

It’s safe to say normcore is dead. Maybe it’s the desire to stand out from everyone else, or maybe it’s just Gucci. Either way, when it comes to your wardrobe and your decor, more is definitely more.

Rihanna made everyone care about BMX with her Fenty x Puma NYFW show. Learn how to surf, or skate, or ride a bike if you don’t already, or join a local sports team—make sure to wear your workout clothes and uniform out after. The only thing better than a bad gal is one with a helmet and a really good pair of biker shorts.

If listening to “Jolene” by Dolly Parton hasn’t already converted you into a cowboy, this is the year to turn on the honky-tonk. Give it a girly take, like Lady Gaga for Joanne, or go dark with Raf Simon’s twisted vision of Americana for Calvin Klein.

8. Saying whatever the hell you want!

Instead of wishing you were Natalie Portman, just be like Natalie Portman at the Golden Globes (where she followed Oprah’s speech about inclusivity and hope with the poignant stab “And here are the all-male nominees for best director”), and go ahead and dismantle the patriarchy/the alt-right/mean people/that guy who tells you to smile. Make sure to throw extra shade to make your point—channeling Portman’s smirk is a great way to start.

9. Telling your significant other how you really feel.

Kanye recently emailed Kim and told her to swap out her big sunglasses for tiny micro ones. Get yourself a pair, and make sure to text/call/email whoever is the Kanye to your Kim or the Kim to your Kanye (or the Kanye to your Kanye), and let them know what you really think about that thing they do that secretly drives you insane.

10. Dressing in one color only.

In 2016 pantsuits came to represent what could have been. In 2017 they represented a resistance to what was. In 2018 they’ll make a badass uniform to wear during the revolution/apocalypse.

12. Letting everyone know what and who you’re a fan of.

Caring about things isn’t just cool, it is really fucking necessary at a time like this. Make sure everyone knows what you’re into with Pussy Power t-shirts that benefit Planned Parenthood and the most expensive piece of Stranger Things merchandise. The only thing that is 150 percent out? A MAGA hat.

13. Being AND looking warm.

Remember all those times your mom said, “You’ll be cold in that,” and you promptly ignored her, hid your large ugly puffer under your bed, and threw on your denim jacket—only to suffer through the bitter cold? Well, being warm in a large pillowed blanket of a jacket is cool again (aim for Solange-on-the-cover-of-ELLE-magazine cool). Wear the one you’ve been avoiding for years, and let your mom finally get the sweet, sweet satisfaction of saying “I told you so.”

Because gorpcore. But also because Hillary Clinton inspired us to with her hikes in Chappaqua.

15. Accessorizing with your umbrella.

Your mom also probably told you to have one of these with you at all times. Being totally rainproof even when it isn’t raining isn’t just cautionary, but fashionable according to CHANEL’s SS 18 show. Now nobody has an excuse to not be prepared.

16. Falling in love with everything you thought you hated.

Cargo pants, bucket hats, fanny packs. Nothing is really off-limits. If you wore it while you had braces, chances are it’s a thing again.

17. Wearing no makeup (but ACTUALLY).

Glossier absolutely paved the way for this, but doing the no-makeup look with sincerely no makeup whatsoever is something to try out this year. If Cardi B can film a video with no makeup, in her no-frills bra at her grandmother’s house, and deliver the best humble brag while garnering 14 million views and 1 million likes on an Instagram video, why can’t the rest of us? 2018 could absolutely use more confidence and more money moves.