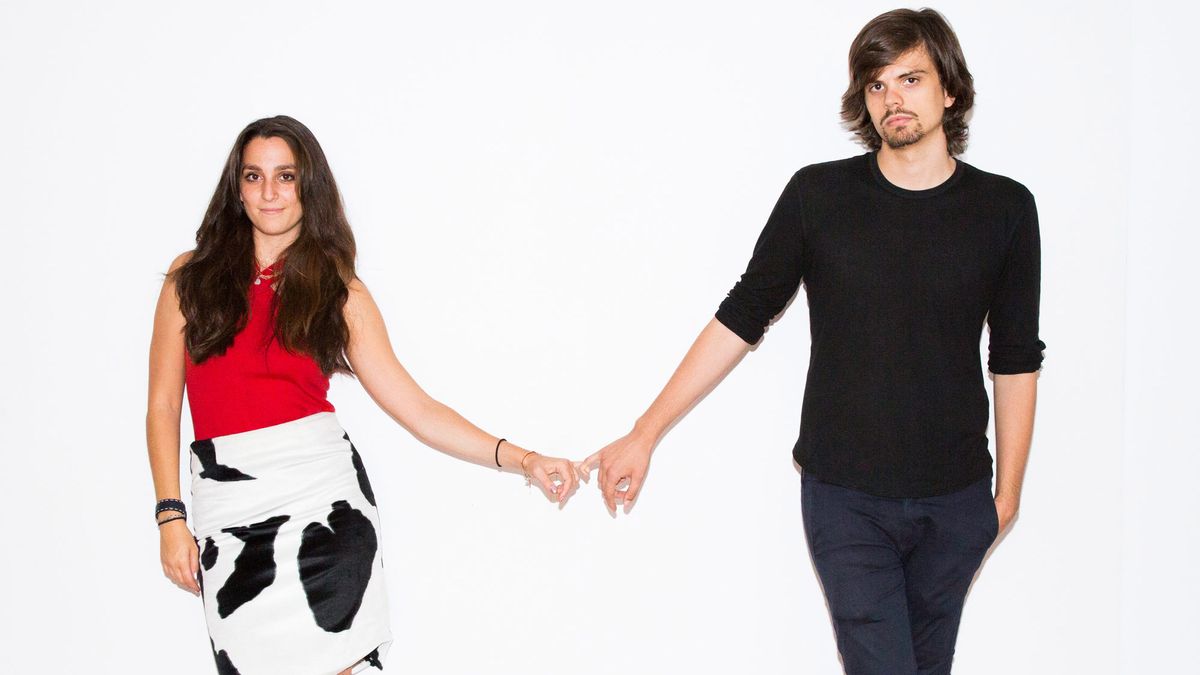 A jewelry designer kind of convinced me to.

If you have spoken to me for even just 10 minutes, chances are you know I have a boyfriend and that he has been my boyfriend since freshman year of high school. Since 2007. Since 10 years ago this past April.

I always try to wait to bring him up when I first meet someone—try to find a way to steer the conversation in another direction, as to avoid the shock and questions and confusion that inevitably follows. But it’s nearly impossible not to mention him when someone asks the basics: Where do you live? With who? How long? What? Why? How? When? Oh my god!? Although the string of questions vary in order, they always end with the same 8 words: “So when are you going to get married?”

A taxi driver in Portland asked me this within five minutes of me meeting him. Someone asked me this yesterday after a two-hour-long dinner. My mom has recently started to ask me every three weeks. Friends from high school whom I haven’t seen in years make jokes about it in my Instagram DMs more frequently than I would like.

The answer is, I don’t know when we are going to get married because I honestly don’t want to be married right now. And no, I can’t explain why that is either. I know it’ll happen eventually, but I’m not sure when or how or where, and I’m not entirely sure why it even matters or why everyone seems to care so much. (Except for you, Mom, because I guess that’s what moms do.)

When I met with Isadora Tang and Lucy Knops, the founders of NYC-based jewelry brand OTEM, we started to talk about the antiquated notions of jewelry and what it means to people and their relationships. Naturally, we ended up discussing engagement rings, and of course my boyfriend came up. I took a brief pause when they asked how long we had been dating and laughed like I always do, prefacing the date and the time with the whole backstory. “It’s kind of weird, but…” My voice trailed off until I finished and Knops chimed in. I was so busy going over the typical talking points in my head I hadn’t realized she wasn’t asking me a question—she was telling me something, slapping her hand on my knee. “Me too!”

Suddenly it was my turn to give shock instead of receive it. But before I could even respond, she continued, “And! I’m actually going to propose to him.” For the first time in recent memory, I understood what it was like to be on the other end of all my relationship conversations. I was surprised. I was confused. I had so many questions.

A quick Google search of “women proposing to men” doesn’t get you that many recent or robust answers. And if anything, it left me with a lot more questions. Why do men propose to women? Why don’t women propose to men? Why does everyone think that’s weird? Why do I think it’s weird? I don’t want to feel that way, but I do, and the internet agrees.

In the New York Times article published last year, “Why Women Proposing to Men is Still Rare,” a sociology professor weighed in on the why. The answer isn’t that unexpected. Marriage proposals are part of a construct that we have all come to accept as a society. The man asks the woman; the woman is supposed to say yes and jump or cry. That’s the beginning and the end of it. And even as other marital traditions change—a church swapped for a beach, a friend standing in for a priest, a white pantsuit worn instead of a white dress—proposals haven’t budged.

A lot of that has to do with the fact that women don’t want to come off as pushy and men don’t want to feel powerless. Women don’t know how to ask, and men don’t know how to respond. Knops finds that strange, especially in a year like 2017 (almost 2018!!!) that was defined by women standing up for themselves, their bodies, and their rights. 2017 was the year women collectively came together and said, “I think you should listen to me.” So will 2018 be the year women collectively come together and ask, “Will you marry me?”

Knops has already asked the question, although she intends to do it again, more formally, with a ring she and Tang are in the process of designing. “My boyfriend and I talked very openly about it, but I wanted to make the gesture myself,” she says. “For the longest time I was like, ‘Oh, I don’t really care to get married.’ But in a bar in Barcelona, I stumbled through an engagement. I was like, ‘I’m crafty! I’m just going to make something out of the cage of this cava bottle!’ [laughs]” The makeshift ring caused her to slice open her finger and botch her first attempt. “But now we are pre-engaged,” she tells me, “and I’ve been wearing our wine-bottle ring in the interim!”

Even if Tang and Knops are working to create a new language for the old ritual with a series of engagement rings for non-traditional couples to propose to their significant other, they don’t think anything is wrong with the traditional way of proposing, either. “Every couple is so diverse, and you have to navigate that on your own and figure out something that is meaningful for you. It’s not just about women,” Knops says, “it’s part of a larger conversation that involves everyone, through the whole spectrum of gender and relationships.”

After I leave the café, I meet up with one of my friends for lunch. I mention how I just had an interesting conversation regarding engagement rings, and before she says anything, I can see the question in her eyes: “So when are you going to get married?”

Instead of sighing or steering the conversation in another direction or prefacing the delay with a backstory, I give her something else to be shocked about and say, “I’m not entirely sure, but maybe I’ll propose to him.”