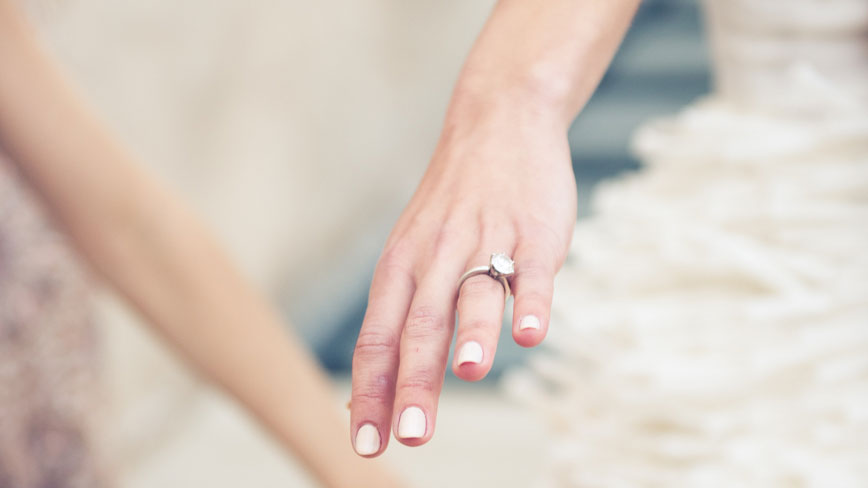 It actually has nothing to do with Carrie Bradshaw.

This isn’t very cool or accepting of me, but I’ll confess that I have fully rolled my eyes at the idea of anyone wanting to marry themselves. A self-commitment ceremony, which has been trending on and off for years, is called “sologamy” and has recently resurged in popularity. The whole concept brings back memories of the Sex and the City episode in which Carrie announces she’s marrying herself as a way to get a pair of shoes (believe me, I hate myself for remembering this), and not only does it have no legal benefits like a tax break, but it’s always sounded like the world’s greatest oxymoron: using an established cultural tradition to declare your break from that very tradition. What?

These days, however, marrying myself sounds pretty spot-on. In fact, I think it’s actually something every woman should probably do regardless of their current partner status or future. One reason for my change of heart is because it turns out there are a bunch of different ways these ceremonies can go: from full 10-week programs to at-home kits with continuing affirmation practices to solo spiritual retreats. That is to say, no, you don’t have to get up in an expensive dress and tell a crowd of other dressed-up people how you’ll (duh) be with yourself until death do you part.

The coolest versions of sologamy ceremonies to me (or maybe to my inner Gwyneth) include the super spiritual rituals that happen entirely solo or with some kind of guru. The Rosewood Mayakoba, a resort in Riviera Maya, Mexico, for example, just launched a three-day retreat called the Marry Oneself Ceremony, during which a Mayan shaman takes you through an initial consultation followed by guided meditations, mantra chanting, bathing rituals where you connect with the elements (fortunately you’re on a ridiculous beach), and a final commitment ceremony, which is a lot like a wedding (you even dress up) but without witnesses.

“This ceremony is a commitment with your own heart and is a way to love and honor your presence on the planet,” says Fernanda Montiel, the third-generation shaman who guides the experience. “It’s based on self-care, self-love, and health, from the ancestral and traditional point of view. Our guides are our grandparents: water, wind, earth, and fire. We celebrate unconditional love.” A little woo-woo, sure, but I don’t know any woman in my life who wouldn’t say “a million times yes, I could use some more self-love.” (I mean, remember how I just said I hate myself two paragraphs above?)

“It’s like in the airplane: Put the mask on yourself first,” says Montiel. “And I know that for some people after they connect with themselves, they open [up] and they find and marry their soul mate later.”

I know what you’re thinking: Developing self-love is a lifelong journey, and shelling out thousands of dollars for one formal gesture seems pretty extra. Maybe that cash could go to additional therapy sessions. But, I would argue, in a culture where we’ve all started to get really vocal about how squashed and insecure and put-down we feel as women, getting married to oneself sounds like a master class in something pretty practical. Just like a traditional couple’s marriage isn’t a capstone—the relationship is something you keep working at and for which many renew their vows—our inner relationship would probably benefit from some formal recognition as well.

Treat yourself to some time off, wear whatever you want, tell people or don’t, invite a bunch of people or don’t. Hell, make it a point to marry yourself every year. Just do what you need to do to invest in the most important person in your life: you. I still feel a little eye-rolly about anyone who needs to vow to be with themselves forever…but, really, that’s actually 100 percent true. You’ve only got you until the end. There’s even a whole TED Talk by Tracy McMillan with more than 7 million views making this very point. So, whether it’s a shaman or some shoes that help you not just like but love yourself, so be it. Amen.

Why I’d Rather Be a Bridesmaid Than a Maid of Honor
What to Do When Your Engagement Ring Isn’t...You
Lake Bell’s Best Piece of Marriage Advice Had Us Shook