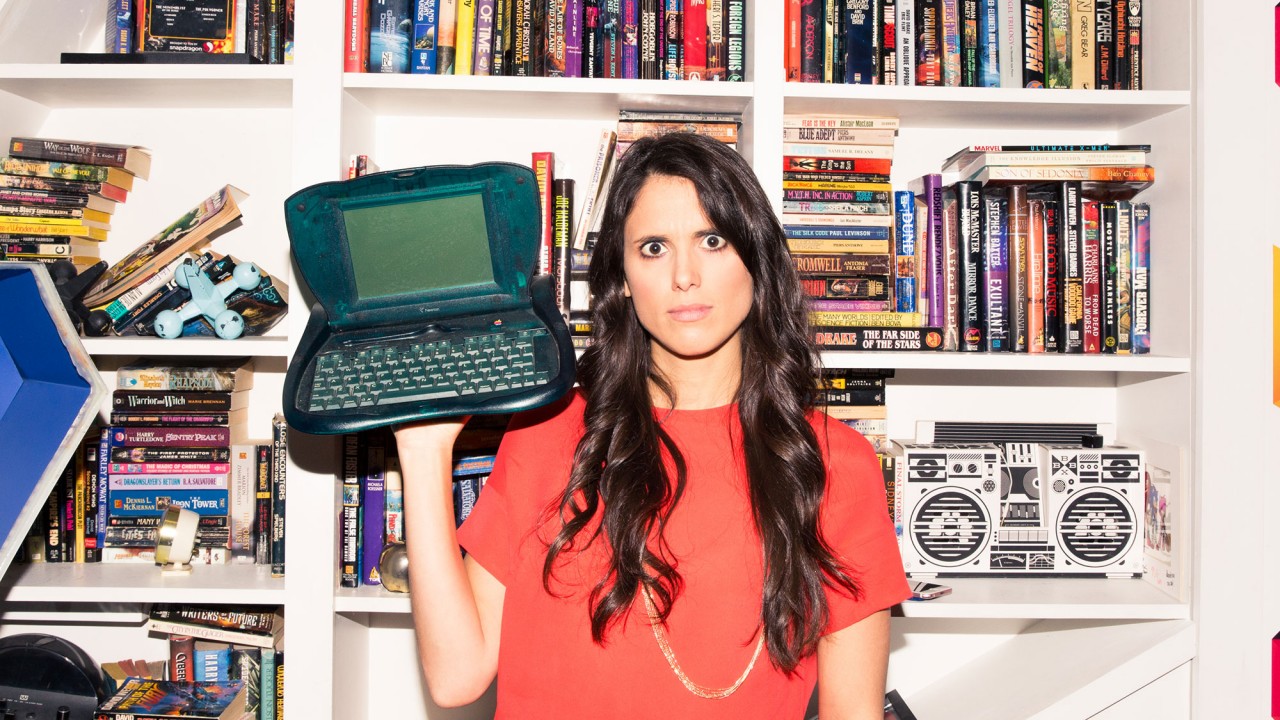 Liz Plank’s Divided States of Women is setting out to explore what exactly makes American women so different.

For a lot of us, November 8, 2016 felt a hell of a lot like the twilight zone, when everything you thought to be right turned out to be wrong and everything you thought to be true turned out to be false. For many others, however—for many other women specifically—the election of Donald Trump wasn’t a surprise, and for still more it was exactly what they wanted. The question that I couldn’t get out of my head was how it was that more than 50% of white women voted for a man who admitted to abusing women. Honestly, that fact still gives me serious pause.

Evidently, it gave Liz Plank pause too—the difference being, she was ready to do something about it. Plank, who is a journalist, producer, and talking head (maybe you’ve seen her speaking the feminist truth on MSNBC and CNN), made the somewhat obvious and heretofore unspoken note that the “female vote” is total fallacy and that women aren’t some monolithic block that all believe the same thing. As with other humans (i.e., men), women believe in a myriad of things and back a wide variety of causes, which is exactly what Plank plans on exploring in her new web video series, Divided States of Women, with Vox Media and Comcast (episode two, all about the tampon tax, is out today!). From the backseat of a car (she was on her way to the Vox offices from an early-morning pundit sesh on MSNBC), Plank got real about why feminism isn’t *just* a trend, why she won’t judge conservative beliefs, why sexual assault is a men’s issue, not a women’s issue, and why it was actually kind of amazing when Donald Trump blocked her on Twitter. 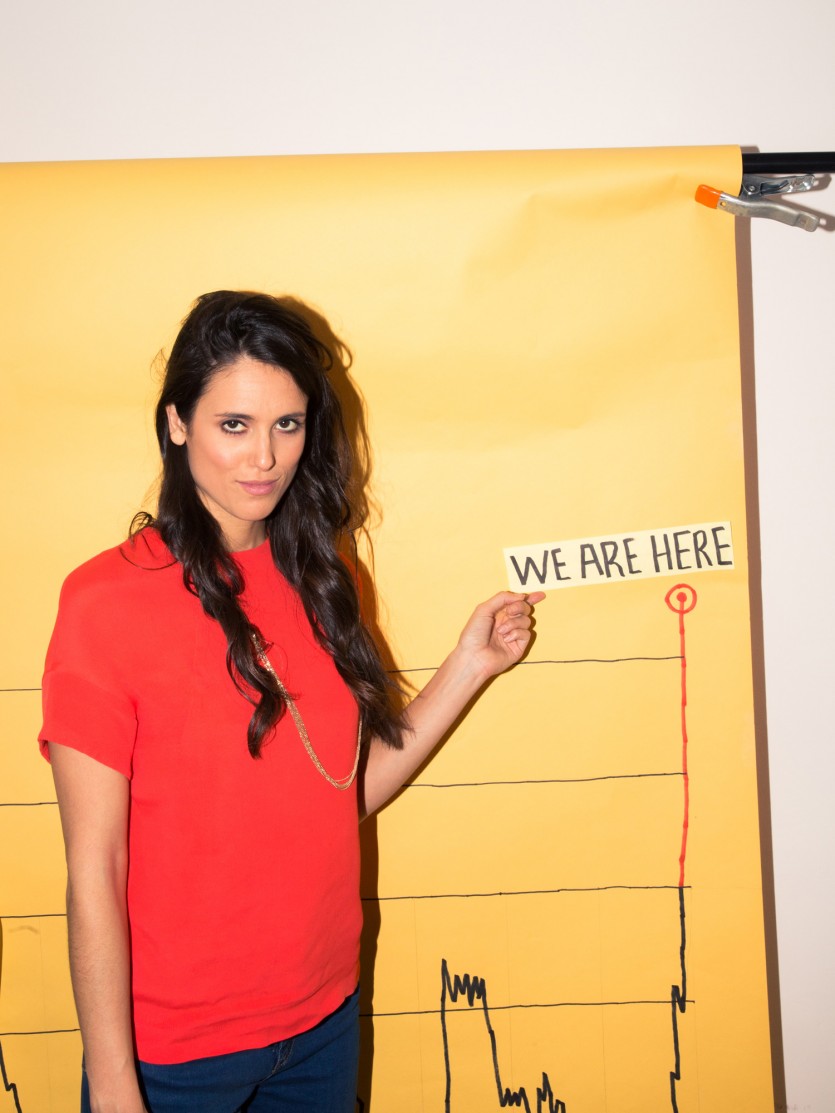 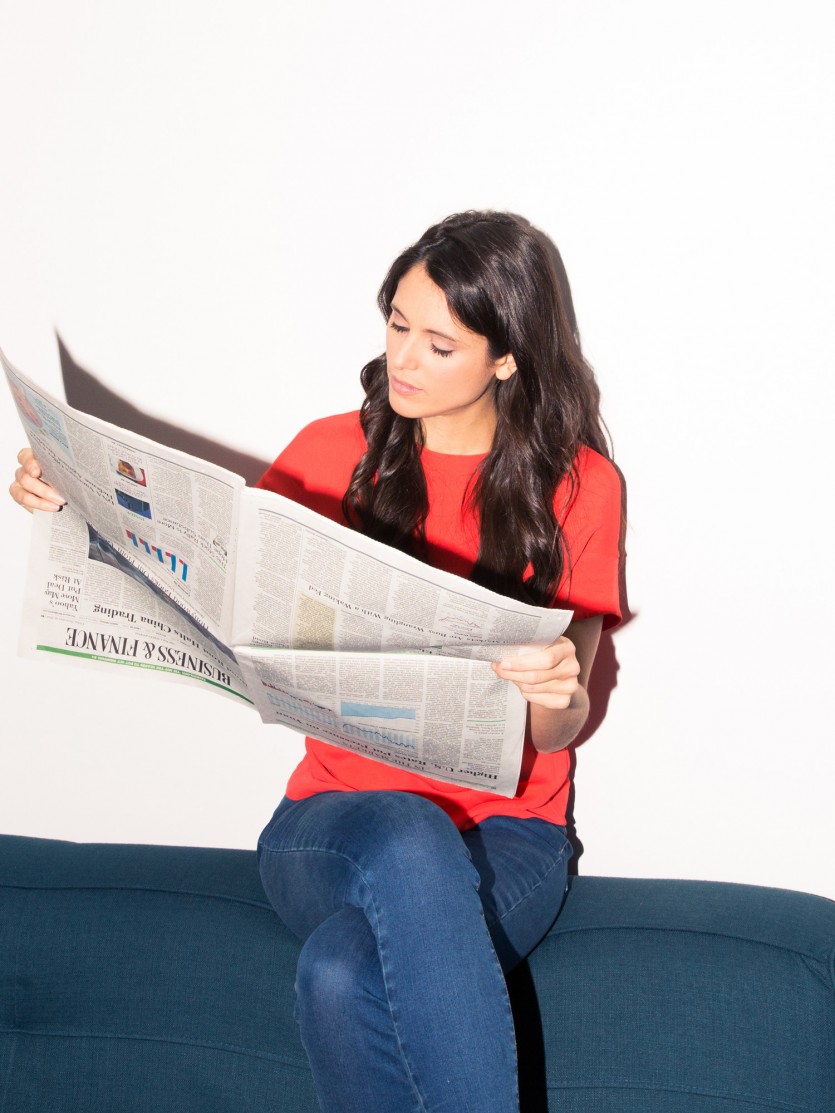 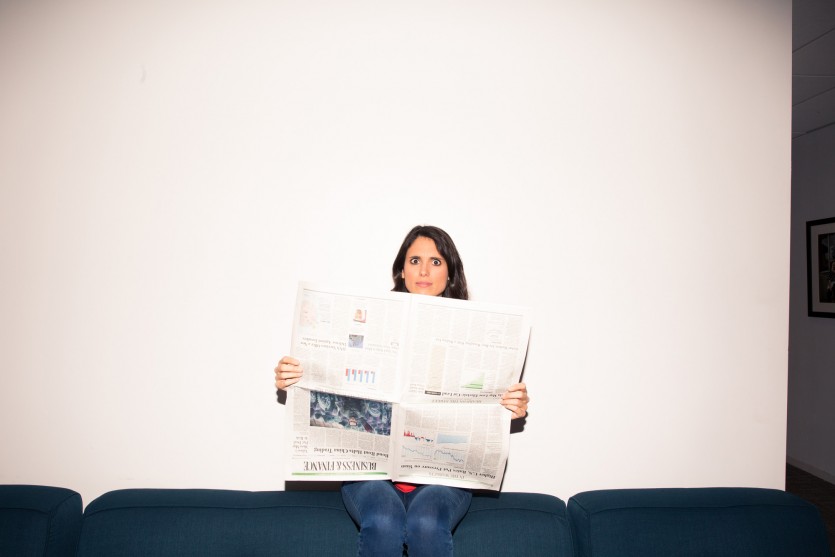 The “female vote” that got this whole thing started:

“As with many of us, I think, I was shocked by the results of the election. A lot of women of color probably weren’t shocked, but I was in that bubble where I believed—and, also, to a certain extent, Donald Trump himself believed—he wasn’t going to win. It revealed the diversity of perspectives when it comes to women and the divided nature of who we are living in America. The quote-unquote female vote was really striking and revealing. I was interested in doing a podcast, and when I talked about it to people at Vox Media, they were really excited, and we ended up pitching it to Comcast. Comcast loved it, so we created this whole digital platform to sustain this idea and the important conversation that we need to have about women. And women not just as a monolithic block—as in ‘women feel this way,’ which is how women are talked about in cable news. The show is a step back and a recognition of all of the different perspectives that women have, and how complicated we are, and how interesting all of those opinions are. We want to give women the opportunity to tell us what they think!”

How she hopes to reach beyond the echo chamber of the internet and actually reach an audience that might not agree with her:

“I realized [after the election that progressives are] only talking to each other. We thought we were talking to everybody, but clearly we weren’t. I can’t guarantee that conservative women or women that don’t like me are necessarily going to change their minds; the only thing I can do is not be judgmental and open up the platform to as many people as possible. This show isn’t about me—hopefully I’ll do a good job of making people feel comfortable having the conversation that they want to have and feel safe and respected. In our first episode I went to Dallas and spoke to conservative women who knew I was progressive—I was clear about that, I’m not trying to trick people. We didn’t edit it to make them look bad. That’s an important tone we want to take. I’m unwavering when it comes to my position, but I’m also unwavering when it comes to my openness to other people’s perspectives and the idea that we have to come together in order to build a better society.” 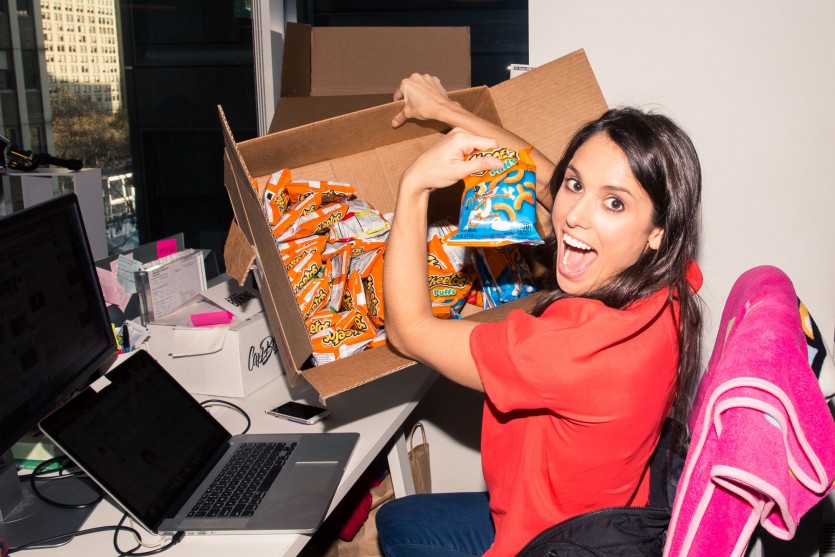 How the show will address sexual assault as a men’s issue:

“This morning I was talking about Harvey Weinstein on MSNBC. I think I’ve been on TV almost every day talking about him. But every industry has a Harvey Weinstein, and there will be more in the future. Sexual assault, sexual harassment, sexual misconduct, violence against women, whether it’s verbal or physical or sexual, has always been a topic that I’ve been really passionate about. It’s really heartening for me to see the conversation that’s happening right now. The #metoo campaign is so powerful, but I created a parallel campaign called #himthough. I was sitting on my couch and thinking, why is the burden on us to share our shame when it’s men’s shame. This isn’t a women’s issue, it’s a men’s issue. I was really heartened to see that a lot of people wanted to see that paradigm shift. The responsibility that we’re putting on men to not do this, but also stop it when it happens, is really amazing. Parents should not just be protecting their daughters from sexual assault, but should be protecting their sons from becoming abusers as well.

“We have an episode coming out about that—we shot at a school in New Jersey that has a feminist club with all these young men. I made a conscious editorial decision to do an episode on sexual assault and not speak to a single woman. The onus should be on men to talk about this, and I wanted to model that in the show. It was really interesting because we have an all-female crew, too, which was also a really conscious decision. All of the men were eloquent and are actively trying to prevent sexual assault and recognize that it’s a men’s issue, but it was so powerful for the spotlight to be on the men and have the women behind the camera. What I love so much about this show is that even if it’s total crap, I still feel like we’re walking the talk and providing a space for women to create their own stories.” 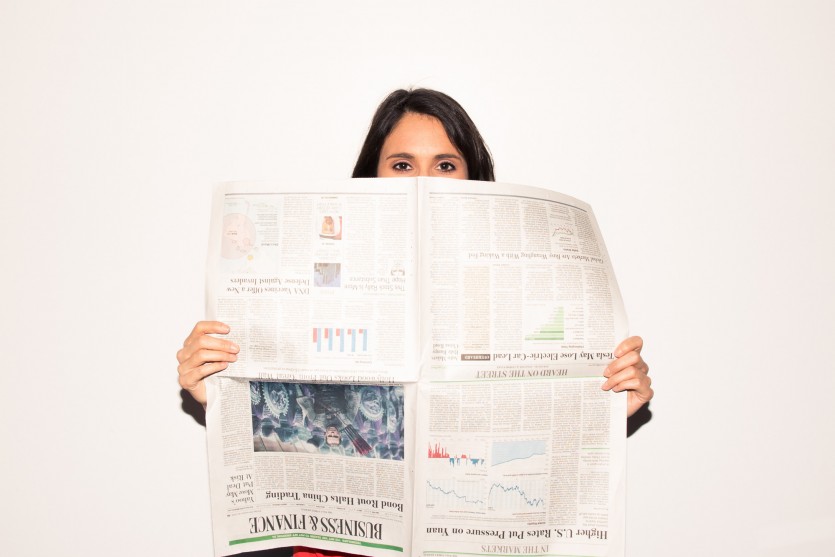 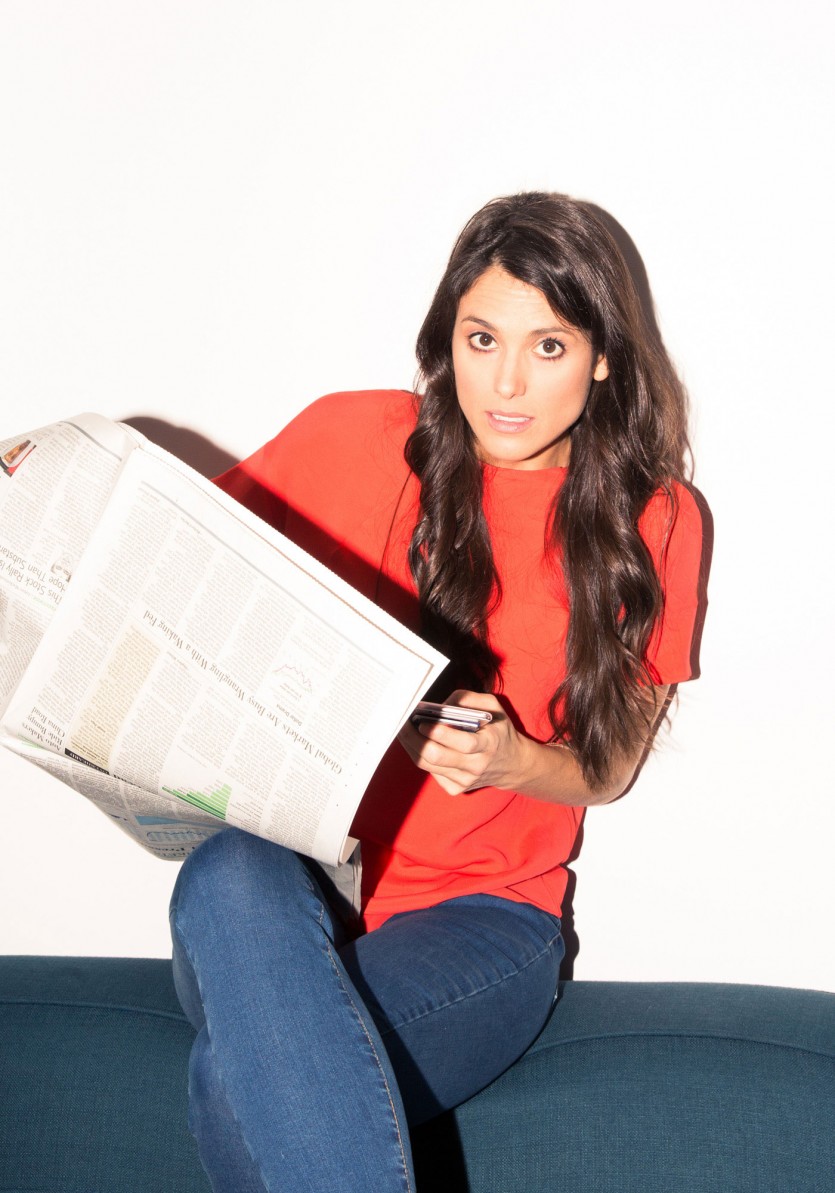 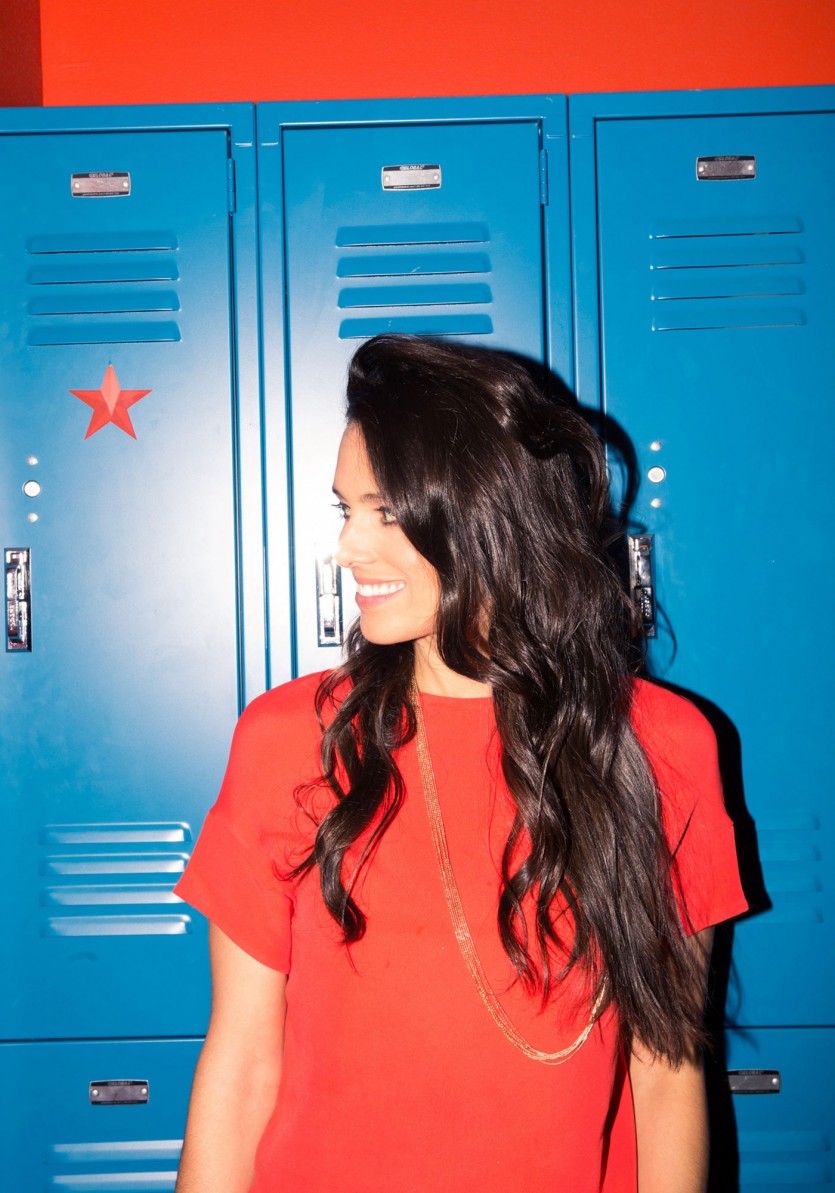 Why feminism is way more than a trend:

“I can tell you as a women’s studies major, I didn’t tell people what I was studying in order to not create conflict in my everyday life. I was in college 10 years ago, and I would get into arguments in bars, in taxis, I even remember eating with the family of the guy I was dating at the time and I said I was a social studies major… I would always get, ‘Well, why isn’t there a men’s studies? Women are equal.’ And the same stuff happens today. Even recently my dad’s friend was like, ‘Yeah, I like what your daughter does, but isn’t this done?’ As though talking about feminism is over. But then you open one page of the New York Times and it’s Harvey Weinstein. I cannot keep up with the amount of men in power who have abused women, from Wall Street to Hollywood to media to doctors in gymnastics, it’s really pervasive. And that’s just one part of it—the abuse of women in the workplace is connected to laws regarding abortion and laws about birth control.

“We are surrounded by a system in which women are oppressed. A lot of women don’t even want to acknowledge that, and that comes back to conservative women’s perspectives. They don’t want to see themselves as victims, and in order to change the system you need to acknowledge who is exploiting it and who is often left affected by it or marginalized by it—often women. Which women? Even with the Harvey Weinstein thing, these are mostly white, rich women coming forward. And we believe white, rich women. Harvey Weinstein went after only one woman by name, and it is Lupita Nyong’o, the only black woman who spoke her truth. There are so many layers to this that we’ve barely scratched the surface. Feminism might be a trend—you can buy Forever 21 shirts that say ‘Feminism’ on them, and magazines are talking about it, and I think that’s really, really great, and I wish I’d had that when I was growing up—but it’s so much more than that. I do have a problem when women identify with the female empowerment part of it—basically, I love strong women and I am making money—it’s a very individualized feminism, but that is not the mission of feminism. The mission of feminism is to elevate all women and dismantle all systems that keep women down. It’s okay if that’s your point of entry. I hope more women get to learn what feminism truly means, but I also understand that not everyone did a master’s in gender theory.”

How Donald Trump helped her unplug:

“Of course I unplug—I have to, everyone has to. We’re all addicted to things we don’t want to be doing, so it’s normal to be drawn to the screen and Twitter in the way that alcoholics are drawn to alcohol even though they don’t want to drink. It’s really about making a conscious effort by leaving your phone outside of your room and using airplane mode. Especially in the US, there’s this culture of work and always needing to be on, and there’s a badge of honor that comes with it, but fuck that. You can’t be effective if you’re constantly being bombarded and you don’t have time to think and focus and remember what’s important. It’s easy to lose sight of that. Donald Trump does that on purpose, sending tweets during the weekend. He’s the executive producer of all of our lives, but we don’t have to let that happen. Actually, the big upside of Donald Trump blocking me—in the moment I was so upset about it because I thought it would make my job harder—is that every time someone quotes his tweets, it just says ‘Tweets Unavailable,’ and there’s something so powerful about that, that it doesn’t matter. It’s made it so interesting to isolate that from my media diet. It means he can’t come into my space anymore.”