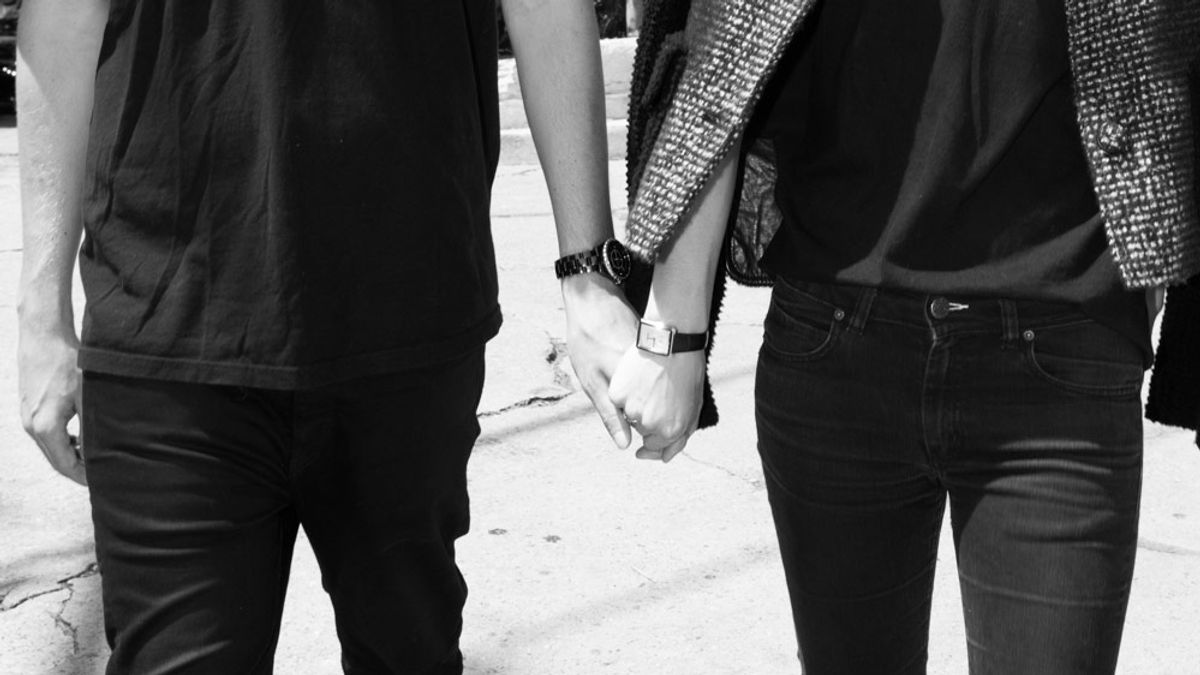 How Moving Out Saved My Relationship

When my husband and I had been together for about two years, we went to look at a prospective new apartment for him. It was gorgeous—a 1,000-square-foot one-bedroom on a perfect tree-lined block in the West Village, inhabited by a funny, cool couple and their overweight pug. It was like stepping directly into the portion of my own brain that fantasized about what our life would look like together in the future.

“Why are you leaving?” Justin asked.

“Ah...we’re splitting up,” the guy said. His ex was in the other room.

I was sort of haunted by that experience. The pain and emotional stress of moving out of a shared apartment was fairly horrifying to me. Watching someone pack their boxes, or being the one quietly doing the packing while your partner looked on, was unfathomable—how do you ever move forward from there?

The next year we moved in together. I rushed it, he wanted to wait. He was right.

Four years later, I was the one bringing boxes home, trying to make myself small while I packed up my things. I met my husband when I was 20, and by 27, I felt like I needed to try being on my own. There was nothing wrong; I just felt like I owed myself some time alone, and he didn’t disagree.

I felt brave for doing the hard thing, trying to follow the instinct telling me I needed to grow up a little without him. But as soon as I left, I missed him. I talked to my mom almost daily then, and she’d ask me, “Do you miss him or the idea of him?” It was him, 100 percent.

Slowly, we started spending time together again, but without having the pressure of living together, having nowhere to go to be alone, it was like we were dating for the first time. That distance let us re-establish boundaries and, as cliché as it sounds, hit the reset button. The first time we fell into a relationship it was by chance—a casual thing that turned into something more serious. The second time was more deliberate. It felt like two old friends making a decision to be together, rather than a seven-year relationship that just happened to us.

Two months later we were dating. Two months after that we were fully back on. But we didn’t actually move back in together until we moved to Cape Town, which was about three weeks before we got engaged.

When I was younger, I loved the thought of living together, having that grown-up fantasy. The reality was that it was just too much pressure to make things work, even when they weren’t really. Being in a serious relationship because you want to be, not because you happen to share a lease, made things a lot happier.

As awful as the move-out, breakup process was, if I hadn’t done it, I don’t think we’d be married now. Or if we were, I don’t think our relationship would be as strong or as happy as it is. When you’ve been with someone for all of your 20s, sometimes you need to take that step back and either let yourself move on from or fall in love with the adult version of your partner.

To say your 20s are tough is the understatement of the century—you’re truly on your own without the safety net of school or parents for the first time, experiencing everything, and figuring out the kind of person you’ll be. I can count the things I like now that I liked when I was 20 on one hand, and I wouldn’t go back to being 23 for anything. It’s hard.

Trying to keep a relationship alive during that time is even harder, especially when you lock two people in a (let’s be realistic) tiny box of an apartment and expect everything to go smoothly. Nothing kills an otherwise happy relationship like feeling obligated to one another, and sometimes packing up and moving out—though it might feel like the end of the world—is exactly the thing to save the relationship.