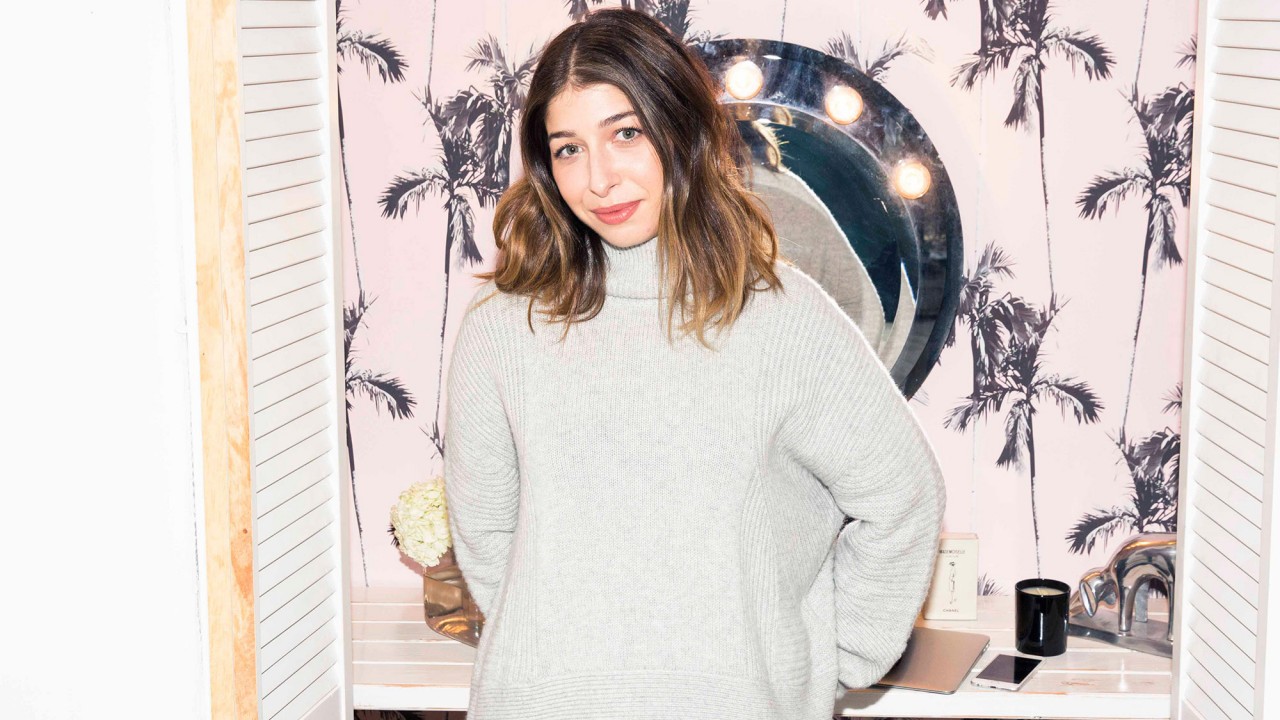 Plus her 5 tips for turning a passion project into a business.

If there’s one person we trust to advise us on building a successful media brand, it’s our co-founder Stephanie Mark. Since the site’s launch in 2011, she has been working nonstop to ensure that Coveteur continually offers the best in fashion, beauty, and lifestyle content. And truly, over the past six years, we’ve photographed the closets of some of the industry’s most influential tastemakers—from Oprah and Khloé Kardashian, to Karlie Kloss and Steve Aoki—interviewed the most powerful people in media, art, and entertainment, and developed a unique viewpoint that is synonymous with accessible luxury.

During New York Fashion Week, Laird + Partners CEO Patrick Yee sat down with Stephanie at Ludlow House for an exclusive interview about how she and co-founder Jake Rosenberg built Coveteur from the ground up, as well as her advice for others hoping to accomplish similar goals. This piece, written by Charlotte Steinway, originally ran on House Seven, Soho House’s Members’ site. Check out the feature below!

“In honor of New York Fashion Week, we hosted a Ludlow House chat with the Coveteur, the six-year-old site responsible for covering over 800 closets and homes of global tastemakers, from Christian Louboutin to Oprah Winfrey; SZA to Karlie Kloss.

After the site crashed on the first day it went live in 2011, co-founders Stephanie Mark and Jake Rosenberg knew they were onto something. In 2012, the Canadian-born company raised half a million dollars in funding from an array of investors, including Drake, and last year they published their first book—Private Spaces, Personal Style—in honor of their fifth-year anniversary.

Last week, Patrick Yee, former Executive Vice President of Marketing at Refinery29 and current CEO of Laird + Partners (New York-based creative agency with clients like Tom Ford, Jimmy Choo and SoulCycle) sat down to chat with the Coveteur’s Stephanie Mark. Read their interview here, and below, find Mark’s tips for those just starting out.

How and why did you create Coveteur?

I’d just moved from New York back to Toronto where I’m from to start a new job that turned out to be terrible—like crying in the bathroom every day terrible—so I started doing styling jobs on the side. During one of the photo shoots, I ended up talking with designer Erin Kleinberg and photographer Jake Rosenberg, and we developed the concept as a passion project on the side. Everything happened for a reason, even if it felt like it wasn’t working out at the time.

Why do people open up their homes to you?

For a couple of reasons. First of all, we launched during a time when Twitter and Facebook had made people more comfortable with the idea of opening up and sharing their worlds online. Secondly, we shoot in a very specific style. Unlike Architectural Digest or Elle Décor, we shoot a snippet of the subject’s space that really shows off their personal style, even if there are imperfections to that. Clothes are worn, favorite shoes have scuff marks on them, art is crooked, and all of that all helps to tell that person’s story. There’s a level of comfort that’s been established there because of that.

In six years of walking into people’s closets, which stories have performed the best and why?

You’d think we’d have it down to a science, but traffic always surprises me. We had Oprah on the site—twice—and I was positive the site was going to crash. It ended up being a completely normal day for us. But then we featured Ashley Benson from Pretty Little Liars and it broke the site!

In terms of patterns, collectors will always do well; Khloé Kardashian’s and Christian Louboutin’s shoe closets are some of our most popular. Our users tend to gravitate to people who are into methodical organization and/or interesting and rare pieces. There’s a Toronto-based woman named Suzanne Rogers who we shot within the first three months of launching that people still write in to us about. She’s a serious fashion collector—her wine cellar downstairs is only filled with shoes, and she only keeps the current season in her closet at one time. People love that kind of stuff.

Tell us a little bit about what the Coveteur stands for.

A few years ago I was stuck at home in bed with mono and got really into reading articles online because there was nothing else to do. I was so disappointed with the actual content out there—there’d be an interesting headline that would lead you to an article comprised of three sad bullet points or a gif. And this was in 2015; this wasn’t even that long ago! We wanted to differentiate ourselves in a funnel of shitty content, by giving people something high-quality and meaningful.

Who were you most excited about featuring?

People who really make a difference in their industries always inspire me. The day that we covered Grace Coddington or the day we had Jen Atkin; the true industry vets mean a lot to me. At the end of the day, our brand ethos is to celebrate the people who push their industries forward.

Aside from social media, which other platforms are important for driving your brand forward?

It sounds cliché, but video is certainly growing and is becoming more important, as is experiential. A lot of companies started offline and are now trying to go online, but we’re sort of the opposite—we started online and are now trying to establish our presence offline, whether those are books, events, and hopefully one day, product. I think as people get so involved in their phones, when you can have an experience that is the opposite of that, that’s when it starts to feel really special.

If you knew then what you know now, what would you do differently?

I probably wouldn’t have started a business! No one tells you how hard it is, so it actually worked to our benefit that we were so green. Now if I had to start another business again, I’d be filled with so much anxiety about all of the factors that go into it.

What’s something that you’ve coveted that you wanted to immediately go out and get after?

Sharon Ainsberg is this magical creature. She was one of the founding partners of Starworks, and it was the first real adult apartment we’d photographed: It’s on Bond Street and filled with all of this amazing art. I was enamored—I’d never met anyone like her in my whole life. She’d just gone to Isabel Marant, and we made her call the store and put everything on hold that she’d just bought, so I could go in and buy all the same stuff because I wanted to be like her so badly. I would say the most closet envy I have is when someone has a really well-edited point of view, where it’s very easy to define their style. That’s the direction I’m trying to head in.

Here, Mark shares five tips for anyone looking to turn their passion project into a brand:

As we decided to grow the business, we realized we couldn’t just run images of one to three closets per week. So now, we look at the closet like a recipe. What are the things that go into a great closet? A personality, an expert, access to information you wouldn’t be able to find elsewhere, and a point of view that’s in our brand and our style. That recipe now extends on to the other types of content we produce on our site. We want our content to feel important and not waste anyone’s time.

It sounds super cliché, but you need to put all of your effort and energy into your brand at the very beginning. You may lose friends and think that everyone hates you, but you need to be ok with canceling plans in order to get your brand off its feet—so that you can one day hire employees.

3. Know what you don’t know

A few years ago, we were at the point where we’d turned four and needed to decide if we wanted to scale the brand or not. We didn’t have the capabilities or skills to get to the next level, so we hired a CEO who did (Warren Webster, formerly of Goop and AOL), which changed our entire approach. At the very least, it gave Jake and I some semblance of a life back, but it also helped us grow the business by setting up a sales team and hiring a CTO. As crazy as it sounds, we didn’t know how to structure a company—we’d never done it before. So bringing experts in at the right time helped us see big wins really quickly, from revenue, to traffic, to office culture.

4. Don’t get bogged down with the competition

Sometimes we’ll lose an ad buy to someone like Goop or Refinery29, but we can’t get blindsided by that. You need to be realistic about where you are at. Other websites have raised hundreds of millions of dollars, while we’ve raised $500,000. So the fact that we’re even competing for the same type of business is something that we should be proud of.