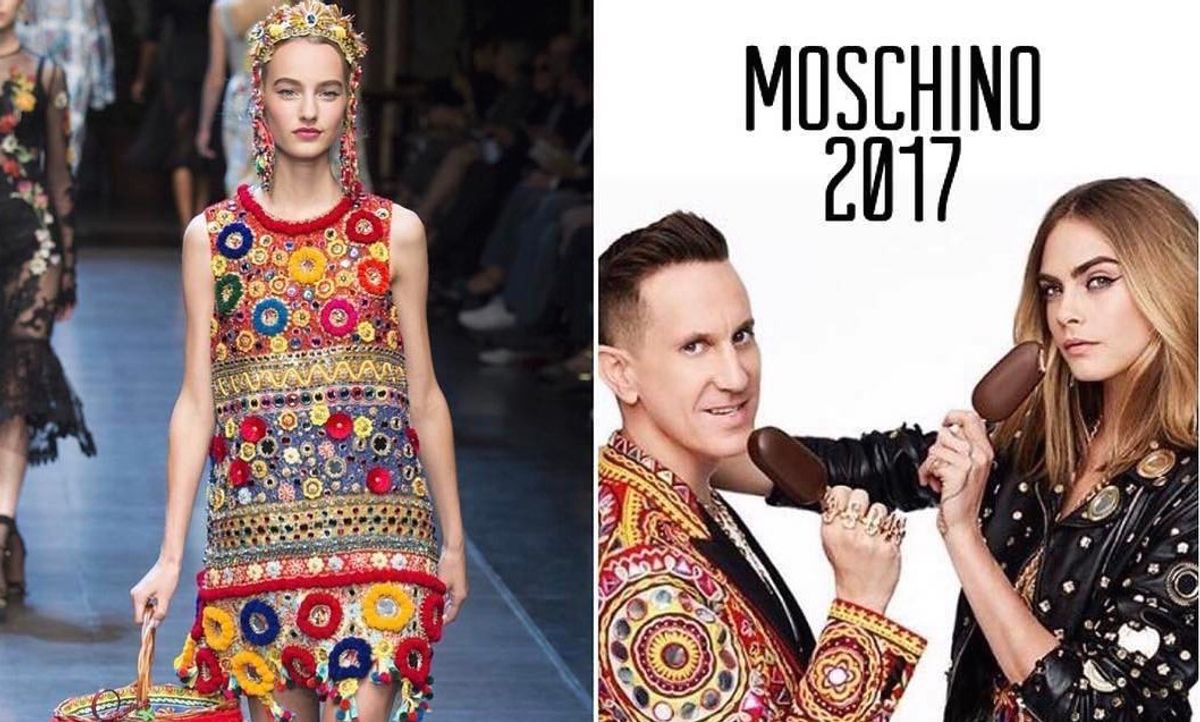 He called out Chanel last week.

We know Stefano Gabbana’s favorite Instagram accounts: @ididitbefore & @evdbl. They are the ones full of Layout-app-created side-by-sides of creative similarities between brands' designs. And the one-half of the designer duo behind Dolce & Gabbana ~loves~ it. Let's just say that Stefano has been putting his Repost app to good use and he isn’t afraid of throwing shade.

Exhibit A: Last week, he posted a comparison of a Chanel heel from the French house’s 2017 cruise collection to one that Dolce & Gabbana debuted a few years prior to his Instagram. Chanel has since responded to the call out directly to The Cut (class act, if we say so ourselves). But we’ll let you draw your own conclusions as to the likeness.

Exhibit B: This time calling out (but technically “it’s just a repost”, guys ) a side-by-side of Jeremy Scott’s new Moschino campaign and Dolce & Gabbana’s SS16 collection.

But Dolce & Gabbana isn't immune to its own creative borrowing. We will give Stefano credit for calling himself out, too: