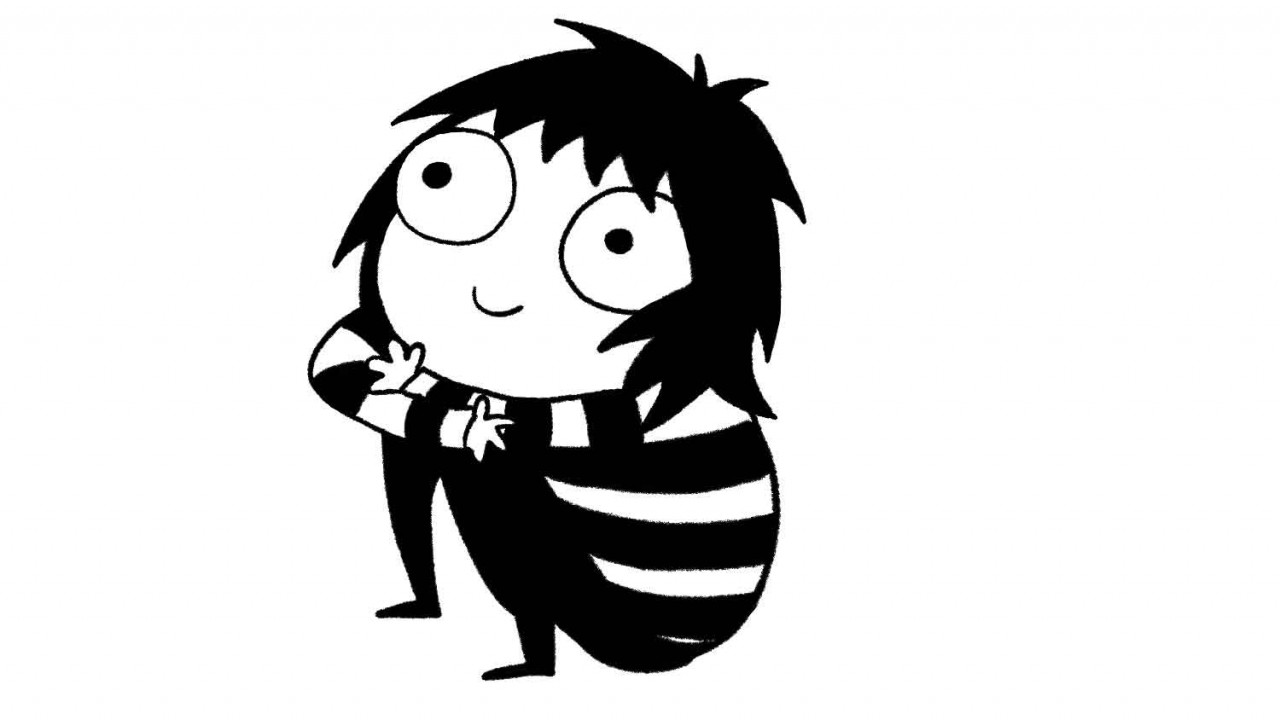 At only 24 years old, Brooklyn-based Sarah Andersen is a social media juggernaut with a bi-weekly web comic called Sarah’s Scribbles and 1.2 million Instagram followers. She realized she might have a knack for speaking to millennials about periods, anxiety, self-doubt, and the pitfalls of social media when her cartoons started to gain traction on Tumblr five years ago. While her comics are semi-autobiographical and follow a tiny brunette heroine with a pixie cut (the comic alter-ego of Andersen herself), she says the comic isn’t about her alone (which is probably why we see ourselves in them so often). “A lot of the time, I’ll work off what I’m feeling and what I’m seeing happen around me,” she says. “It’s observations about my friends and the world as well.” And it’s those observations that have garnered her a loyal following that’s resulted in two book deals—including the recently published collection of comics, Big Mushy Happy Lump.

Here’s what she had to say about a few choice topics, including a selection of our very favorite comic strips from her new book:

Why honesty is so important:

“By talking about some of my own issues and anxieties in my comics, I want to make it a bit easier for other people to feel and talk about their experiences. It’s about trying to make other people feel more comfortable being honest with themselves.”

Why online haters aren’t the same as critics:

“In art school [at Maryland Institute College of Art], I’d get critiques, like, five times a week for four years straight. As an artist, you have to understand what criticism you’re going to take and what you’re not. Part of being online is that some ‘criticism’ is going to be people saying they hate you. The truth is, that’s not criticism. That’s not something you can look at artistically and consider and potentially grow from. So there’s nothing to do with that information except discard it.”

“There’s a certain irony in the fact that I managed to become successful by writing about being kind of a crappy person—or someone that doesn’t have it together. I mean, I’ve been able to maintain the strips, but that really has no impact on the fact that I’m still struggling to eat healthy and grocery-shop and wake up on time.”

How she deals with her ongoing social anxiety:

“I’ve been put in boot camp for it because I’ve been touring my books for a while now. I think facing the fear is good, but I do also think there is some value in admitting, like, I’m just an introverted person, and sometimes it’s going to be tough, and I’ll give it a shot and see what happens. One of my tactics is to ask a lot of questions. If you don’t know how to speak to people, don’t try to speak about yourself. Try to get them to do the talking.”

How she gets through creative blocks:

“I’ve noticed that, when working creatively, there’s this honeymoon period where you’re really excited about an idea. But it takes discipline to work through things like art blocks. The most helpful thing for me, and what kind of changed the course of the comic, was the simple act of being on a schedule.”

How the comic strip connected her to people just like her:

“When I started the comic, I was in art school, and everyone in art school is very cool—cigarette-smoking, tattooed painters. But I still had this gut feeling that I couldn’t be the only one that felt little and awkward. And the strip has affirmed that for me. It’s made me feel a lot more connected and empathetic to the world around me.”

Accomplishments
“Sometimes we forget to let ourselves enjoy the little things without the interruption of how it will appear on social media. I worry for girls who are 14 and 15 right now because I think it’s hard for young people to realize that what they see is heavily curated. Even as someone that’s a little bit older, I get nervous when I’m on Instagram. Everyone looks like a model.”

My Parents’ Generation in Their Mid-20s
“My mom had me when she was 27. I’m 24, and none of my friends have it together. Maybe people of my parents’ generation were more comfortable committing, or maybe things were financially easier for them. Millennials take their time and have this discomfort in following the path that’s encouraged. I think that’s a good thing. We’ll figure it out eventually.”

Introvert Friends
“Staying in really does feel like a luxury, but it’s a part of self-care. It’s not like people who give themselves a night off are living in this toxic, anti-social bubble. It’s good to admit you actually need to sleep and have friends that understand.”