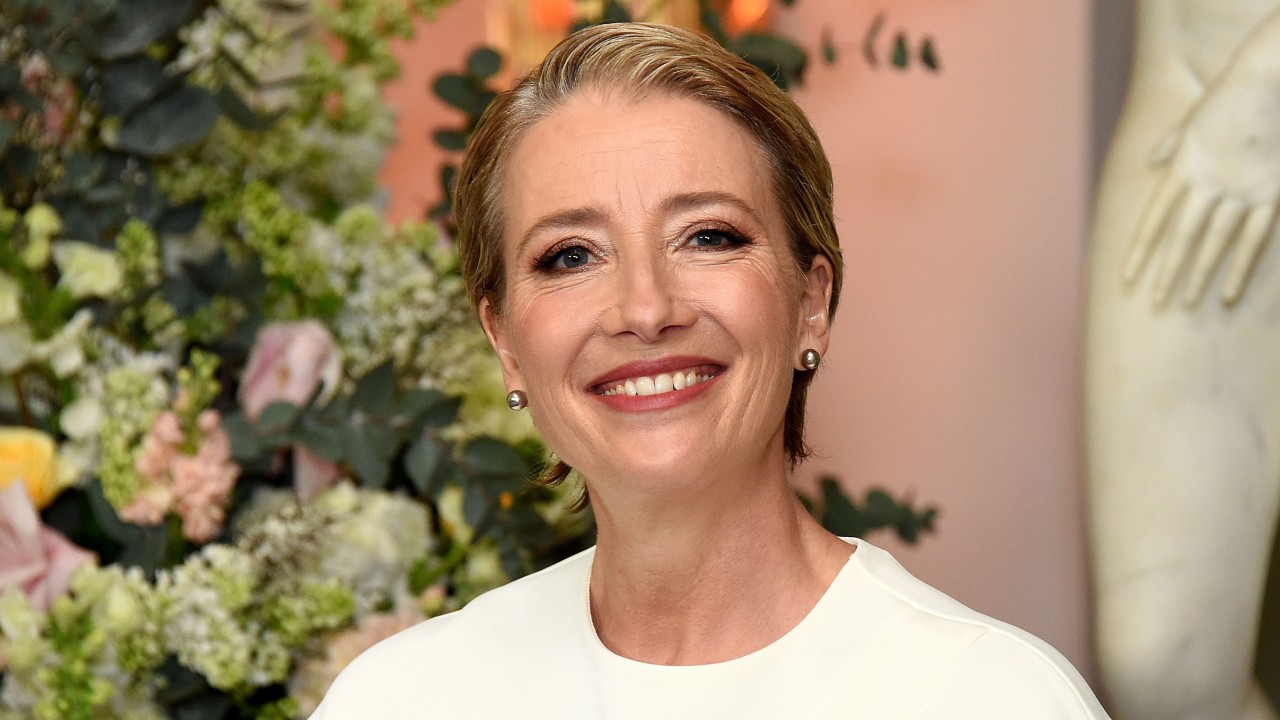 14 Celebrities Who Got Real about the Pressure to Be Thin

Get ready for today’s dose of “WTF?!”

When you’re a celebrity, nearly everything you do is put on display and talked about—especially when it comes to your weight. But actress Emma Thompson won’t stand for it, and when she heard the producer of a movie she was working on tell her costar to lose weight, she decided to speak up.

“There was a wonderful actress in a film I did called Brideshead Revisited, and the producer said to her, ‘Would you lose some weight?’ and she was exquisite,” Emma revealed on the Swedish talk show Skavlan, according to Us Weekley. “I said to them, ‘If you speak to her about this again on any level, I will leave this picture. You are never to do that.’”

Emma then went on to talk about the pressure to lose weight in the industry in general. “It’s evil, what’s happening and what’s going on there, and it’s getting worse. The French fashion industry said they would get rid of size zero and then, you know, they didn’t,” she said. “The anorexia, there’s so many kids, girls and boys now, and actresses who are very, very thin into their 30s, who simply don’t eat. They don’t eat! Sometimes there are just some subjects that you absolutely have to make noise about because it’s so tedious and it’s gone on and on.”

The star isn’t the only one who has spoken up on the issue, either. Read more quotes and straight-up horror stories from other actresses, models, and more ahead.

Chrissy Teigen in Dujour: “Forever 21, they booked me directly when I was much younger. And I showed up on set, and they asked me if they could take a photo. And they shoot that photo off to my agency, who then calls me as I’m sitting in the makeup chair. And they say, ‘You need to leave right now. They just said you are fat, and you need to come get your measurements taken.’”
Photo: Getty

Alessandra Ambrosio in The Edit: “After having Anja, I only had three months to lose all the weight [before doing the 2008 Victoria’s Secret show], and I was on this 1,200-calorie-a-day meal-delivery service that I hated. I couldn’t do that again. [Show prep in general] is so stressful...there’s so much pressure on us all—not just in terms of shape—and the energy gets sucked out of you, so my favorite thing to do afterwards is dance all night long.”

Jennifer Lopez on E!: “They kept telling me to lose weight, and I was a dancer, and I was athletic, and even my manager at the time, who I no longer work with, um, was telling me, ‘You need to lose weight. You need to be thinner.’ I was like, ‘No I don’t. If I lose any more weight, it won’t be me.’ You know what I mean?”
Photo: Courtesy of Instagram/@jlo

Rihanna in Daily Mail: “You shouldn’t be pressured into trying to be thin by the fashion industry, because they only want models that are like human mannequins. They know that if we see an outfit on a mannequin in a shop window, we will love it and want to buy it, whatever size we are. That’s why they have size-zero models—they want to sell clothes. But you have to remember that it’s not practical or possible for an everyday woman to look like that. Being a size zero is a career in itself, so we shouldn’t try and be like them. It’s not realistic, and it’s not healthy.”
Photo: Getty

Iskra Lawrence in PopSugar: “I remember a few months ago I tried on a pair of jeans and could not get them over my knees. I crumbled for a few minutes. It brought me back to my 15-year-old self, when I got told I was too fat to model and couldn’t fit on the same runways. I went to that dark place and had to bring myself back. The way I did that was like, ‘Are you kidding me? You’re going to let these jeans that don’t fit ruin your day?! You’re not going to let this bring you down. You’re grateful to be healthy, you’re grateful to be alive.’ There are so many good things to focus on that you can’t let those little negative things in life define you or ruin your day. So it’s really just about keeping that positive mind-set.”
Photo: Courtesy of Instagram/@iskra

Mindy Kaling in The Guardian “We were not considered attractive or funny enough to play ourselves. That network is no longer on the air, and The Office went on to be one of NBC’s most hit shows in years. I feel like karmically, I was vindicated, but at the time it felt terrible.”
Photo: Courtesy of Instagram/@mindykaling

Ashley Benson in Health: “I get told all the time to lose weight. I got that a month ago. It’s just weird. With my stuff recently, it’s been, ‘You have to be skin and bones or you’re not getting it.’ There was a point where it was getting to where a size 2 was great. I’m a size 2, but I think that a size 4 is healthy. I think that all of these sizes are healthy.”

Misty Copeland in SELF: “I didn’t go through puberty until I was 19, and I was already a professional. So everyone’s expecting your body, as your instrument, to look a certain way. Being told to lose weight, and being African-American, not having anyone else around who looked like me, caused me so much doubt.”
Photo: Courtesy of @mistyonpoint

Kate Winslet in her BAFTA speech: “When I was younger, when I was 14, I was told by a drama teacher that I might do OK if I was happy to settle for the fat girl parts. So what I always feel in these moments is that any young woman who has ever been put down by a teacher, by a friend, by even a parent, just don’t listen to any of it, because that’s what I did—I kept on going, and I overcame my fears and got over my insecurities.”
Photo: Getty

Ashley Graham in Lenny Letter: “To some, I’m too curvy. To others, I’m too tall, too busty, too loud, and, now, too small—too much, but at the same time not enough. When I post a photo from a ‘good angle,’ I receive criticism for looking smaller and selling out. When I post photos showing my cellulite, stretch marks, and rolls, I’m accused of promoting obesity. The cycle of body-shaming needs to end. I’m over it.”
Photo: Courtesy of Instagram/@theashleygraham

Kate Beckinsale on The Graham Norton Show: “I’d just had my daughter and had lost weight, but I was told that if I got the part, I’d have to work out, and I just didn’t understand why a 1940s nurse would do that.”
Photo: Courtesy of Instagram/@katebeckinsale/

Jennifer Lawrence in Elle: “I’m never going to starve myself for a part. I don’t want little girls to be like, ‘Oh, I want to look like Katniss, so I’m going to skip dinner.’ That’s something I was really conscious of during training, when you’re trying to get your body to look exactly right. I was trying to get my body to look fit and strong, not thin and underfed.”
Photo: Getty

Lily Aldridge in Huffington Post: “I’m a woman, of course I still have curves on me, and that’s OK. I had a baby, and I’ve worked hard. And I don’t think women should have to feel that kind of pressure. I’ve done it really healthfully, and I took my time. Even though four months is really fast. I think you have to ignore those things, because I’m a human, and I did as much as I can.”

The Late Carrie Fisher in Good Housekeeping: “They don’t want to hire all of me—only about three-quarters! Nothing changes: it’s an appearance-driven thing. I’m in a business where the only thing that matters is weight and appearance. That is so messed up. They might as well say get younger, because that’s how easy it is.”
Photo: Courtesy of Instagram/@praisethelourd