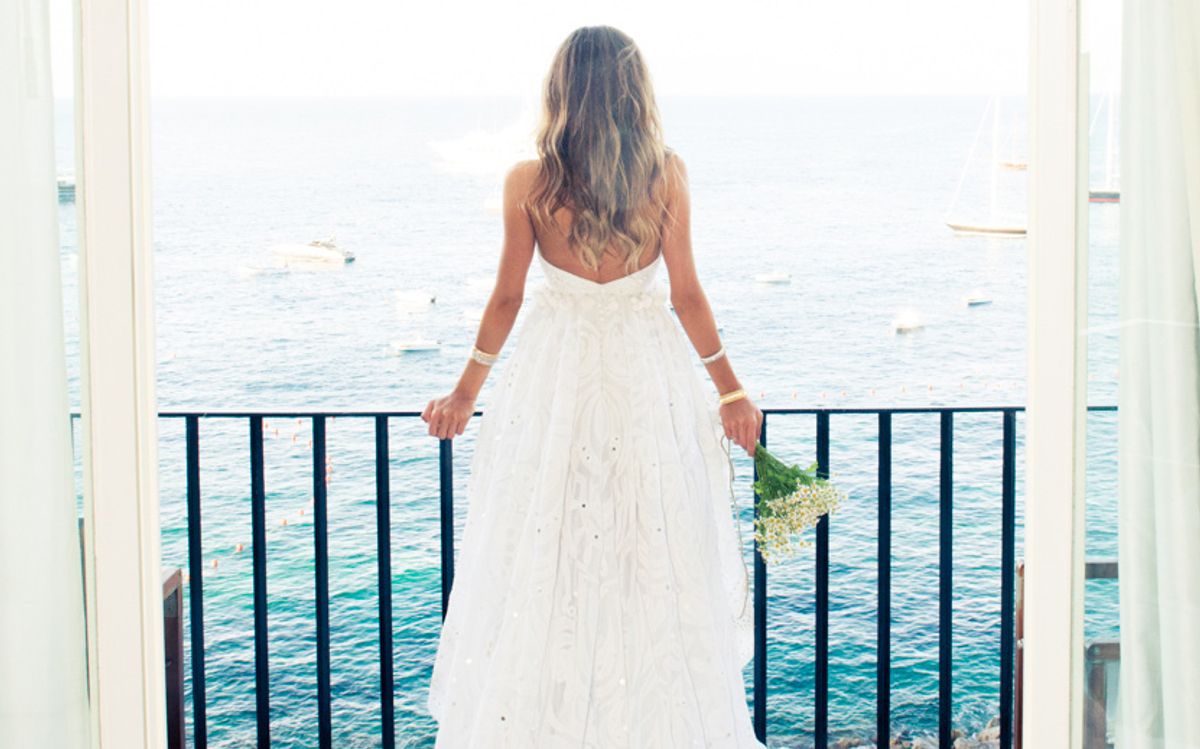 Stop Asking Me When I’m Getting Engaged

I can usually sense when it’s coming. The conversation will be flowing, full of the typical “Hey, how are you?” “Good,” when all of a sudden, a wedding will be mentioned. Or someone simply asks how my boyfriend’s been, and I’ll brace myself, knowing that in a few short moments, I’ll hear the words. “When are you getting married?”

I don’t mind the question itself, really; I write about weddings often, and naturally, I’ve daydreamed about my own big day. I also live with my boyfriend, so we tend to talk about getting engaged, getting married, and having children the way that most serious, long-term couples do—like it’s a sure thing that will happen, probably in the near future. I just hate having to explain myself and my situation to other people, and what really tends to stick with me? An overwhelming feeling of inadequacy—like I’m somehow less-than because there’s no ring on my finger.

At first, I thought that icky, sad feeling was possibly because of secret jealousy, or maybe because I’m not hitting this particular milestone right when I thought I would. But soon, I realized that if no one ever asked when I was getting married, I’d be pretty content. I have a great job (which I only landed a few short months ago), I have an apartment in my favorite city, I’m part of a sketch comedy group on the side—there’s a lot going on for me at this very moment. And yet, instead of first hearing “Oh, how’s that new job going?” it’s “Are you ever going to get married?”

For starters, it’s weird and invasive, not to mention *the* most impossible question to answer unless, one, you’ve already set a date, or two, you are psychic. It’s also something my boyfriend and other men rarely have to deal with: I’ve had uncles who put off getting married until their late 40s, and there was no real worry for them, no serious tones when discussing the topic at the dinner table (mostly because the topic wasn’t really discussed). Only sweet comparisons to George Clooney and Leonardo DiCaprio. Really, WTF?

Am I ranting a little? Ok, yes. It just seems strange to me that, even as women are marching and protesting for equality, there’s still a stigma (projected by men and women alike) that if one isn’t married, she’s practically half a person. Spoiler alert: no one needs to get married. Take Goldie Hawn and Kurt Russell, for instance—they’re proof that adorable, happy, non-married couples exist. And if you do want to get married, like me? Then you should be allowed to move at your own pace without having to discuss why or when or how with others. In reality, it’s just a deeply personal topic and a really silly throwaway crutch of a question. Did I mention it’s impossible to answer?!

With so many other things to talk about—like work, or travel, or pets, or food, or fashion—and so many other questions, can’t we just retire this one? Please?!