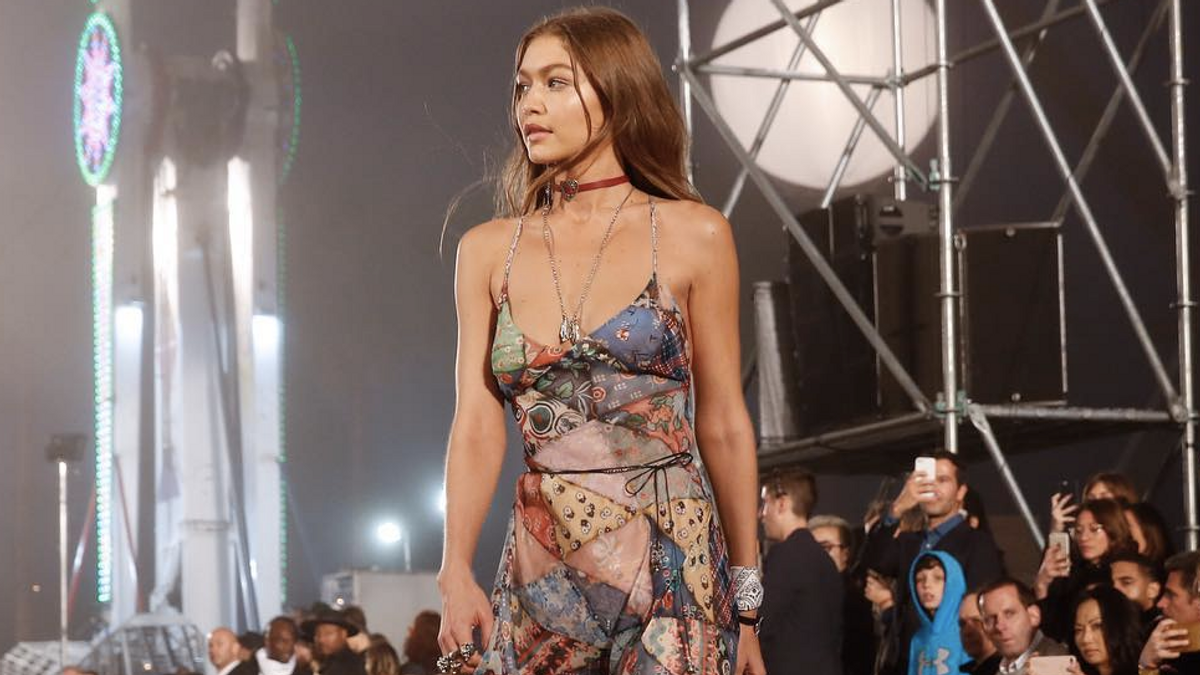 Tommy Hilfiger happens to be a pro at blurring the lines between fashion shows and full-on events. So when the brand announced it was moving things to the West Coast for “Tommyland”? We knew we were in for a treat. Turns out, the whole thing was actually festival-themed, and as Gigi Hadid’s TOMMYxGiGi pieces graced the runway, show goers like Lady Gaga looked on. Check out how it all went down ahead—but in bite-sized form, because, really, who has the time?

The show took place in Venice Beach, CA, rather than New York:

So the models traveled there via plane:

Gigi Hadid was back with TOMMYxGiGi:

Plenty of It girls were in attendance, like Sofia Richie:

Barbie was there, too:

As for the show itself, plenty of top models walked:

The white bandana also popped up:

The best part? You could shop the clothes right off the runway (online, too):

And a performance by Fergie: