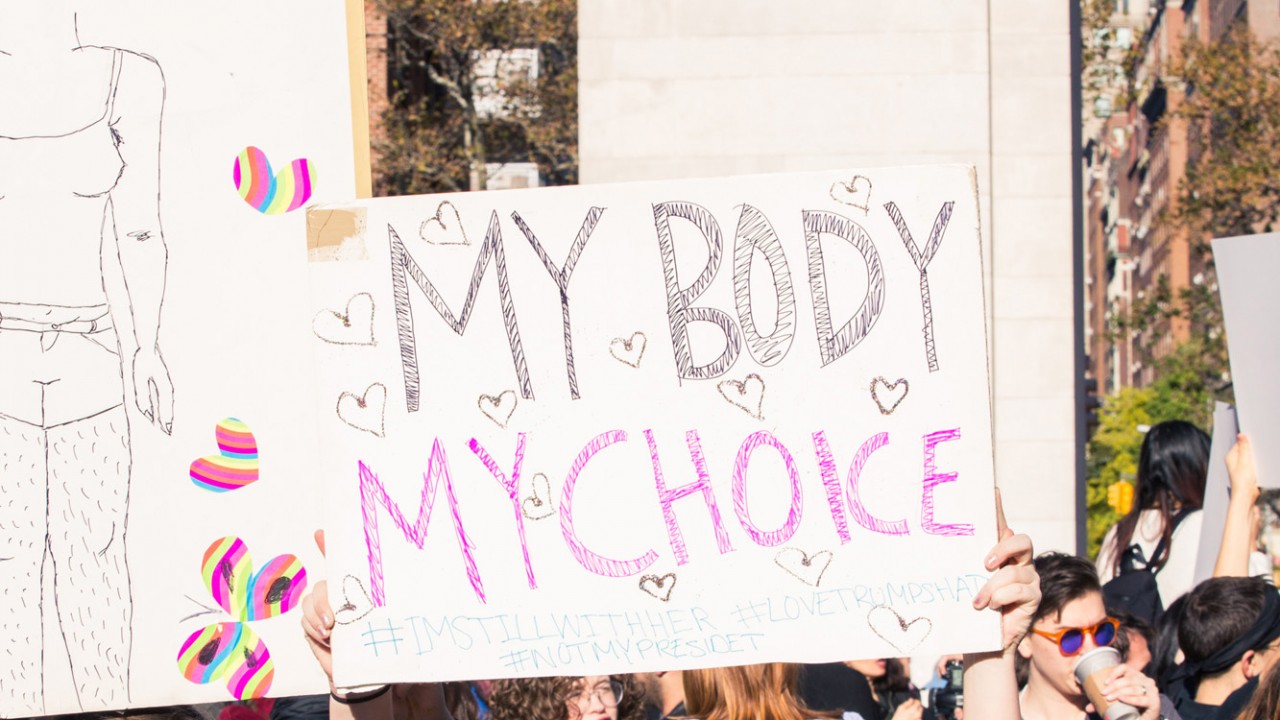 Asking for a Friend: Should I Get an IUD?

The aftermath of the election, as especially devastating times are wont to do, has prompted an entire spectrum of (at times, pretty incredible, like the tens of thousands of donations to Planned Parenthood in Mike Pence’s name) reactions from the communities most vulnerable to the promises made by the Trump campaign. One of the more actionable ways to protect yourself if, as a woman, there’s a considerable probability of losing reliable basic access to birth control and restricted access to reproductive rights? Getting an IUD, or Intrauterine Device—a small piece of plastic or copper that is inserted into your uterus to prevent pregnancy. The birth control method can last up to 12 years, and is one of the most effective and safest methods of birth control—and will, yes, outlast Trump’s presidency.

Of course, thanks in part to a perfect storm of substandard sexual education, social stigma, and a litany of general misinformation around the birth control method (which, in turn, are all born out of policies similar to the one Trump supports—what a cool cycle to perpetuate!), there’s endless confusion around IUDs. Will it hurt? Will I still be able to get pregnant later, if and when I want to? This girl I work with’s friend’s cousin got one and said she feels it when she pees—is that really a thing?! Here’s everything you (actually) need to know, according to Dr. McDonald-Mosley, Chief Medical Officer at Planned Parenthood.

1. You have two choices

“There are two types of IUD available in the United States — copper/non-hormonal (the brand name is ParaGard) and hormonal (brands include Mirena, Skyla, Liletta, Kyleena). The ParaGard IUD contains copper, and is effective for 12 years. Hormonal IUDs release a small amount of progestin and have different effectiveness ranges: Mirena is effective for 6 years, Kyleena for 5 years, and Skyla and Liletta work for up to 3 years.”

“The main difference is that the hormonal IUD will likely change a woman’s period, generally making it lighter or nonexistent, whereas women using the non-hormonal IUD will still have a period and it may, in fact, be heavier at first.”

3. It’s one of the most effective birth control methods out there

“IUDs work by preventing sperm from getting to an egg. The copper in a copper IUD (ParaGard) makes it nearly impossible for sperm [to] reach an egg. And hormonal IUDs (Mirena, Skyla, Liletta, Kyleena) contain progestin, a hormone that thickens the mucus on the cervix so that it blocks and traps sperm. They can also stop ovulation so there’s no egg for sperm to fertilize.

“Used correctly, the IUD is more than 99 percent effective against pregnancy. IUDs and implants have extremely low failure rates that rival the rates of permanent birth control: less than one percent. And once an IUD is inserted, you can pretty much just forget about it. A lot of women like not having to remember to take a pill every day or switch out a ring every month.”

4. Yes, you can still get pregnant (afterwards, we mean)

“When IUDs first hit the market, they were only recommended for people who’d already given birth. But since then, it’s been shown that IUDs are completely safe regardless of whether or not someone has given birth, and they’re actually highly recommended for almost anyone who doesn’t want to get pregnant anytime soon—since they can last for years, require very little effort, and are extremely effective. In fact, the American Academy of Pediatrics updated its contraception policy to recommend that IUDs and implants be the first-line birth control option for teens. IUDs won’t affect your fertility or make it harder to get pregnant in the future. IUDs are reversible, so you get extremely effective pregnancy prevention and your ability to get pregnant returns quickly once the device is removed. They’re also the most cost-effective method of reversible birth control, since they can provide coverage for 3 to 12 years.”

“For women who want a non-hormonal birth control method, the copper IUD doesn’t have any hormones, and can be used as an emergency contraception. And for women who are interested in hormonal methods, like the pill or the ring, hormonal IUDs can help people who suffer from severe cramps, really heavy periods, and anemia.”

6. It only takes 5 minutes to insert

“An IUD can be inserted at any time of the month, as well as after a pregnancy or abortion. A health care provider will insert the IUD into the uterus through the cervix using special instruments. When the IUD is in place, a string will hang down into the vagina. The process usually takes less than five minutes.”

“It is common for women to feel some cramping when the IUD is inserted. Many women only feel mild discomfort. The cramps go away after you rest or if you take pain medication. Some health care providers suggest that women take pain medication before the IUD is inserted to lessen the cramps. When the IUD is inserted, some women may feel dizzy. Rarely, she might faint. You can ask someone to come with you when you get the IUD inserted so you don’t have to drive or go home alone if you are prone to fainting or worried about the amount of cramping that you may have. However, most women immediately return to their normal activities after an IUD insertion.”

“When you get the IUD inserted, your provider should talk to you about how to check your strings. After your first period or about a month after having the IUD inserted, you should check to make sure you feel your string. If everything is fine, then your provider will check on your IUD during your regular periodic well-woman exam. Make a note of when you had your IUD inserted so that if you move cities or see other health care providers you can tell them when it needs to be replaced.”