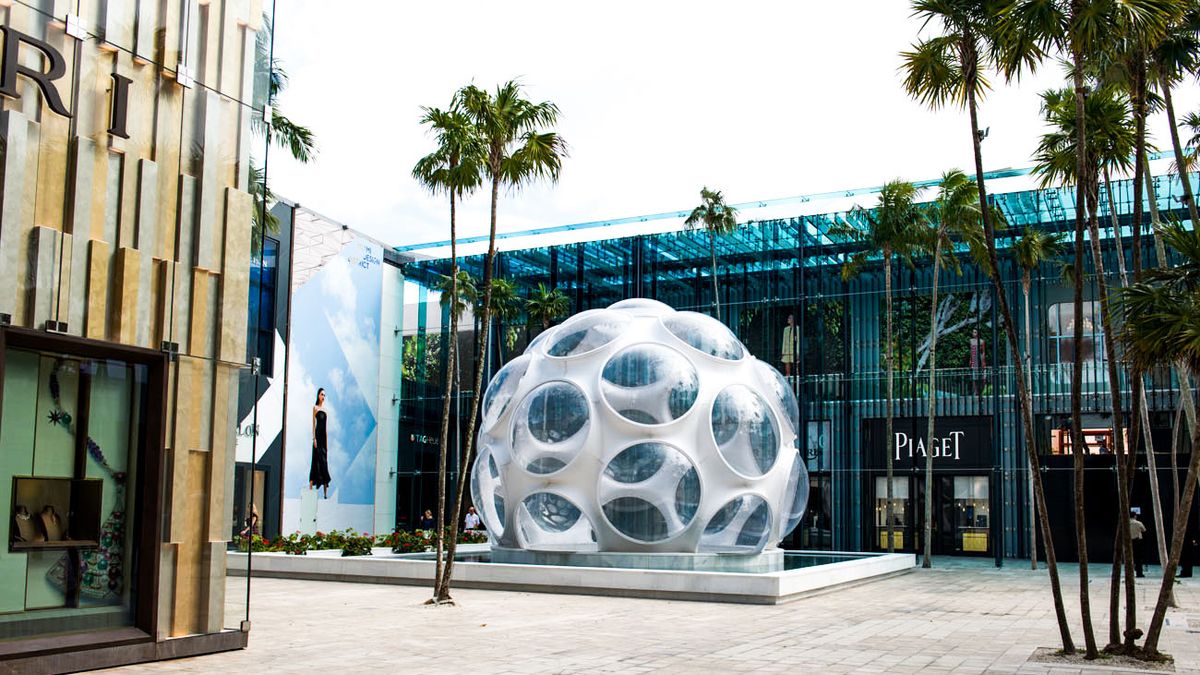 In case you’re not in Miami, but still looking to get cultural.

The end of the year is a busy time for the art world. Major auction houses Christie’s, Sotheby’s, and Phillip’s hold their biannual sales of modern and contemporary art. Galleries open big-ticket shows in tandem with the auctions, hoping buyers will make time in their schedules to venture outside the salesroom. Likewise, museums unveil blockbuster installations, just in time for the holiday influx. And then, of course, there’s the mass migration to Art Basel Miami Beach.

It’s also a stressful time for the rest of us. Can’t jet off to Miami right now for reasons involving depleted funds and a lamentable lack of vacation days? Or, uh, Zika? It certainly does not mean you can’t see some of the best art of the year. Below, four must-see exhibitions you should absolutely make time for.

Encompassing nearly 80 works—72 of which are paintings—Kerry James Marshall: Mastry is the artist’s largest museum retrospective to date. Canvas by canvas, Marshall places the black figure squarely within the canon of Western art, simultaneously deconstructing and reconstructing historical traditions of painting. The concurrent exhibition, Kerry James Marshall Selects, curated by the artist, includes 40 works from the Met’s collection that offer a glimpse into the artist’s global and historical inspirations.

One thing is abundantly clear: Marshall’s dialogue with art history runs deep. And his command of painting is flawless.

Harmony Korine: Shadows and Loops at the Frist Center for the Visual Arts, Nashville

If you were born in the ’80s, you know Harmony Korine from his first film, Kids, which featured his then-girlfriend, perennially cool kid Chloë Sevigny. A child of the ’90s? Then you know his most recent movie, Spring Breakers. Not a film buff? Let’s try fashion—Korine has directed ads for Supreme, Yves Saint Laurent, and Proenza Schouler. Better yet, maybe you saw one of his recent solo shows at Gagosian Gallery. Is your head spinning yet? Wait till you see his work.

Harmony Korine: Shadows and Loops, the artist’s first solo US museum show, includes 12 super-sized, super textured, super disorienting paintings. If you want to avoid a bad case of the scaries, maybe don’t go on a Sunday.

German artist Isa Genzken’s first solo show in California features a new body of work that pays homage to the celebrated California-born conceptual artist Michael Asher. As usual, Genzken presents work in a range of media, including a 30-foot-tall sculpture entitled Rose III, on view in the courtyard and on Instagram accounts everywhere. Inside, mingle with the “Schauspieler” (actor) sculptures, child and adult mannequins dressed in chaotic costumes, thoughtfully arranged throughout the space. On the walls you’ll find Genzken’s “Geldbilder” (money pictures) which will have you looking at currency in a whole new way. Other collages showcase famous faces alongside self-portraits, bound to the wall with strips of neon tape.

Our advice? Come for the #mannequinchallenge, stay for some $$$ art.

If you didn’t catch the Frank Stella retrospective at the Whitney Museum of American Art in New York or the Modern Art Museum of Fort Worth in Dallas, SF is your last and final chance to see this historic show. Though the presentation at the de Young is roughly half the size of the previous two iterations, it’s nonetheless a fantastic opportunity to engage with the artwork of one of America’s greatest living artists.

Stella is prolific. Over 60 years he has produced 57 series, each comprised of at least 50 works. While the show zig-zags around a bit, the excellent catalogue makes things way more straightforward. I’d suggest adding it to your coffee table: it’s gorgeous, informative, and most important, would look great stacked under ours.

Alex is a New York-based contemporary art professional, who has held positions at Christie's, David Zwirner Gallery, and Tilton Gallery.