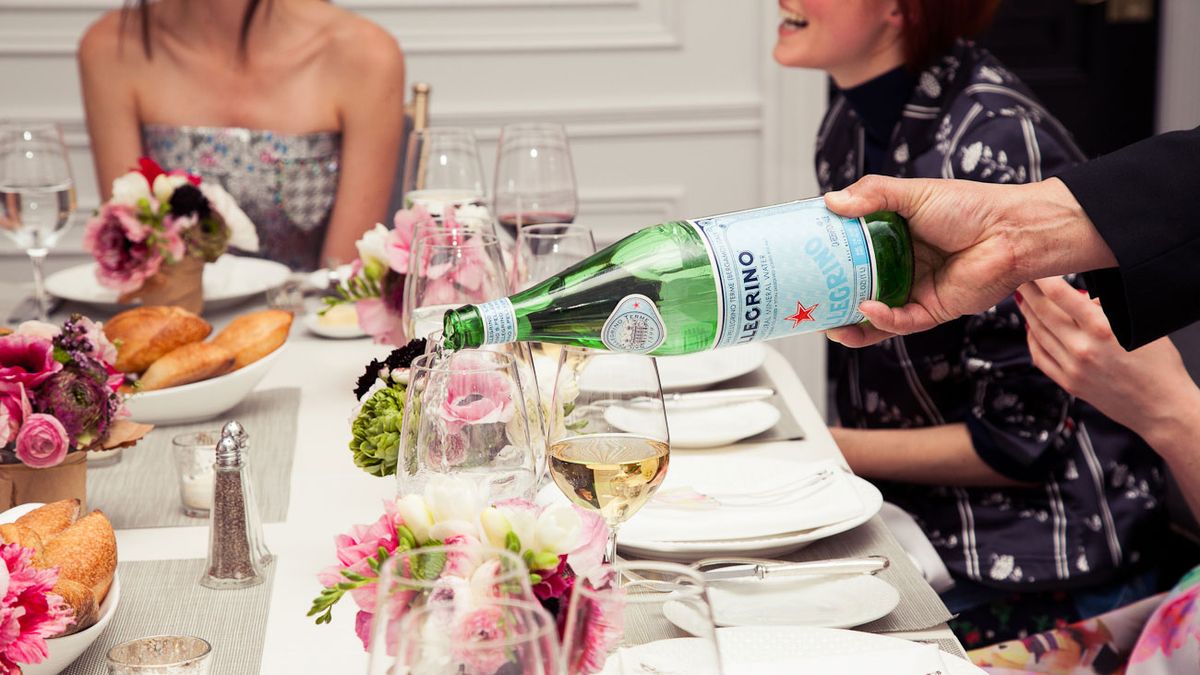 The Best Parties 6 Fashion People Have Ever Been To

Consider this inspiration to *not* stay in & watch Black Mirror again.

We’ve all been to that one party. After all, isn’t it the reason we tear ourselves away from whatever we’re binge-watching (or whoever we’re stalking online, usually with wine)? The single thing that convinces us to rally an outing every Friday night, after all this time? It all comes down to that one party that you unexpectedly found yourself at that goes down as one of the most memorable, unforgettable times you’ve ever had. And so, given that it’s party month, we figured we’d consult a handful of industry types on what they consider the best party they’ve ever been to. If this doesn’t get you out tonight, nothing will.

“The best party I’ve ever been to was Nigo’s 25th anniversary. It was on a Sunday night in Tokyo last summer on the rooftop of the Andaz Tokyo Toranomon Hills. Nigo was celebrating the 25th anniversary of being Nigo! I wore a vintage CHANEL surf wave shirt, and a vintage denim long-sleeve coverall that I had tied down on my waist with my favorite worn-in Stan Smiths. This party stands out to me the most because it was my first time in Japan, and I was there working with one of my idols, Pharrell. I would have to say the view of the Tokyo Tower was pretty memorable. Just being able to be in such a creative space with some really amazing people is pretty priceless.”

“The best party I’ve ever been to was the Opening Ceremony 10 Year Anniversary party at Webster Hall. I think it was in 2012? I had blond cornrows that puffed out at the end; I wore a mesh bodysuit designed by one of my close friends, and a fanny pack. It stands out because there were multiple parties going on in one—it was the craziest, most eclectic group of people, music, and fashion in one space.

"The most memorable moment was when I was outside smoking a cigarette and I saw Anna Dello Russo walk by, and was starstruck. Then, when I thought it couldn't get better, Lil’ Kim (who was the secret performer that night) showed up and walked by me. I screamed. I recently came across a YouTube video someone made of her arriving to this party and you can briefly see me in it and hear me screaming her name! Keep in mind I was 18-ish during all of this.”

“Limelight did this party/night in New York City in the ’90s on Wednesday called Disco2000. They did a ‘hot body’ contest where people basically stripped. I was, like, 17 and this totally blew my mind. I remember going to the bathroom and realizing there wasn’t a men’s or women’s room. It was all one room. That night I fell in love with nightlife. I realized the party wasn’t only about music, it was about performance and creating unexpected moments. I try to do this now for Crazy 88 Nights, the party series for my agency.”

“Cannes Film Festival is where most of my best memories are, and where I’ve had some of my most glamorous moments. Waking up in the old French mansion, Hotel du Cap, and ending up dancing under the stars either on a yacht or on a mansion overlooking the sea. De Grisogono’s annual soiree is one of my favorite memorable events, from the location to the crowd, to the light installations on the front facade of the hotel, to the high jewelry fashion show. Last year they even showed the biggest diamond in the world. 404 carats! I’ve never seen anything like it.

“Cannes in general is the best moment to wear gowns. My favorite has to be Valentino for this occasion. It goes along perfectly with the magical feel in the air and is all something of fairy tales, really. Attending with good friends and ending up with such a fun group like Angela Lindvall, Evangelo Bousis, Peter Dundas, Kim Kardashian, Kris Jenner, and Bella Hadid made the night that much more memorable.

“Some of the best times are the after-party where everybody from Leonardo DiCaprio to George Clooney find themselves in the lobby of the hotel having a sort of pajama party and watching the sunrise before finally going to bed!”

“The Opening Ceremony 10 Year Anniversary Party was the best part I’ve ever been to (and I’m not being biased, I swear!) It was in September, during Fashion Week 2012. The party was to celebrate 10 amazing years of Opening Ceremony, and I wore a baby pink metallic leather set, a bra top and overalls dress by Jeremy Scott. The party itself was a mashup of the most legendary parties of the past decade: Misshapes, GHE20G0TH1K, Sway’s Smiths Night and more, so you were able to experience the best of the best as you bounced around to each of the five rooms (and three entire floors) of Webster Hall. Plus, Lil’ Kim performed!”

“Best party I’ve ever been to was Jab Jab J’Ouvet Brampton, in some industrial park. About 10,000 people were there, an amazing Soca artist were performing. I got oiled up, literally in motor oil head to toe and only wore black swimming trunks. It was insane! We were shooting an episode about Caribana in Toronto, and it was literally the craziest party. Everyone was covered in motor oil and/or baby powder. The party didn’t start till 2 AM and didn't end till well after sunrise.”