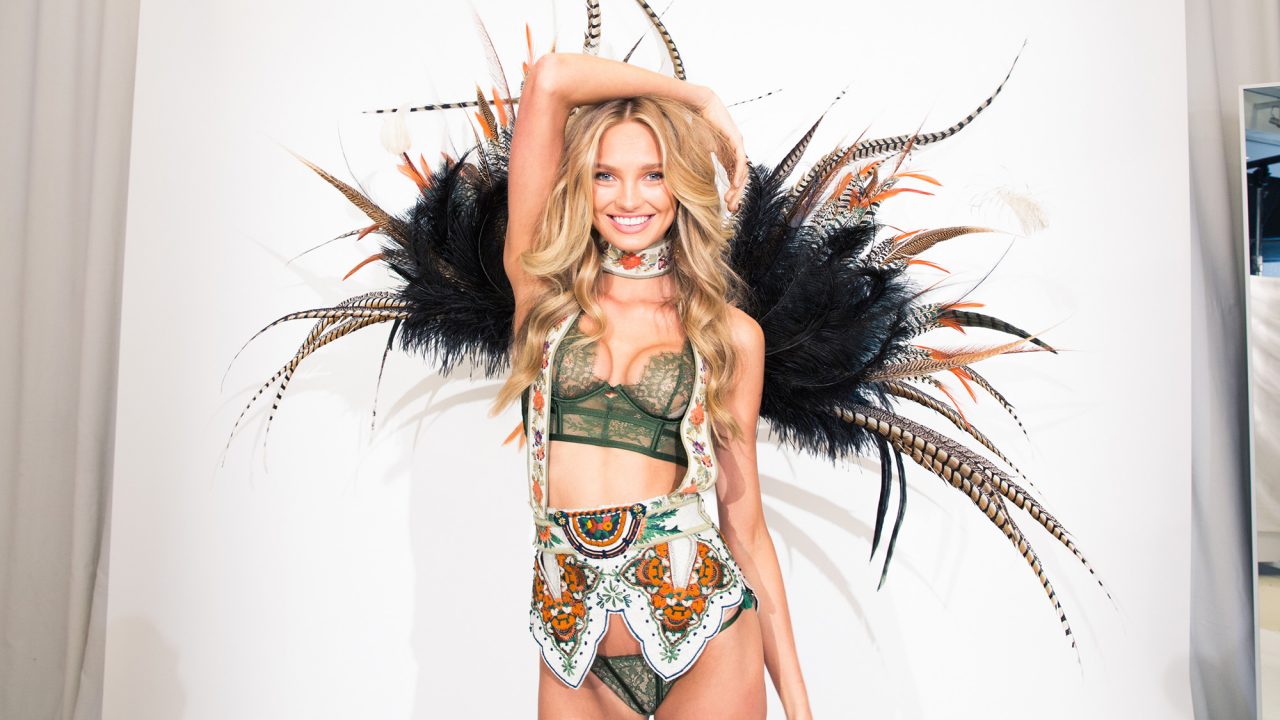 Romee Strijd Gets Fitted for Her Victoria’s Secret Runway Look

Up close with the most beautiful of the beautiful people.

It’s that time of year again! Thanksgiving might be near (along with excessive spending on presents and party dresses), but if there’s one thing that takes precedence even over the prospect of turkey and stuffing, it’s the Victoria’s Secret Fashion Show. 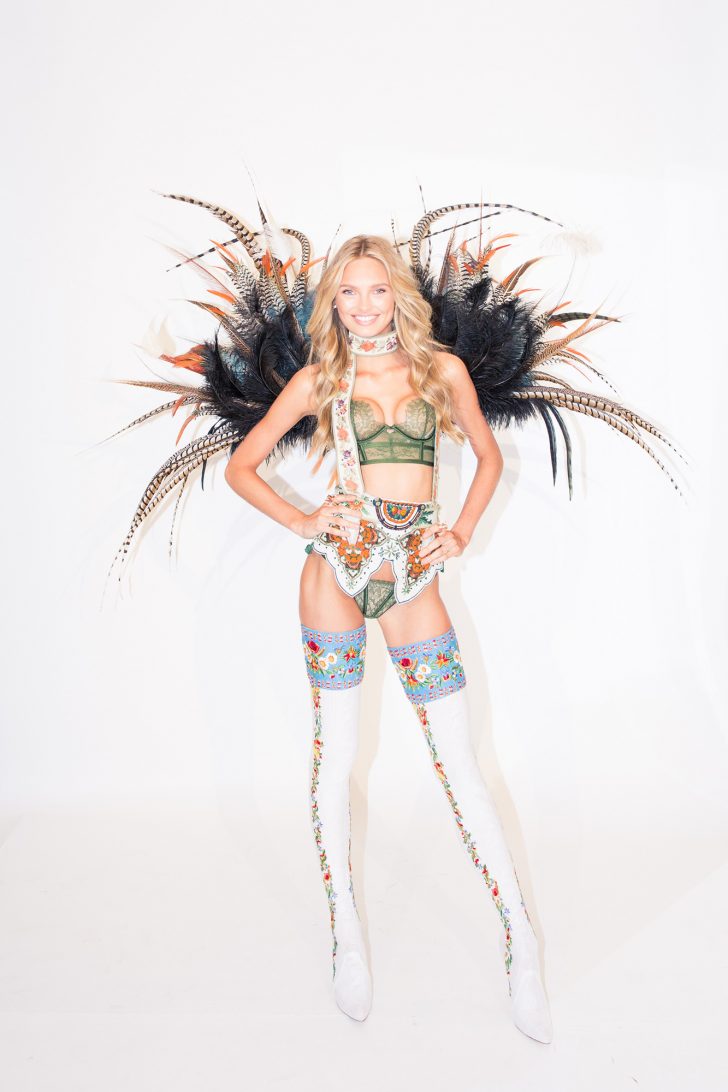 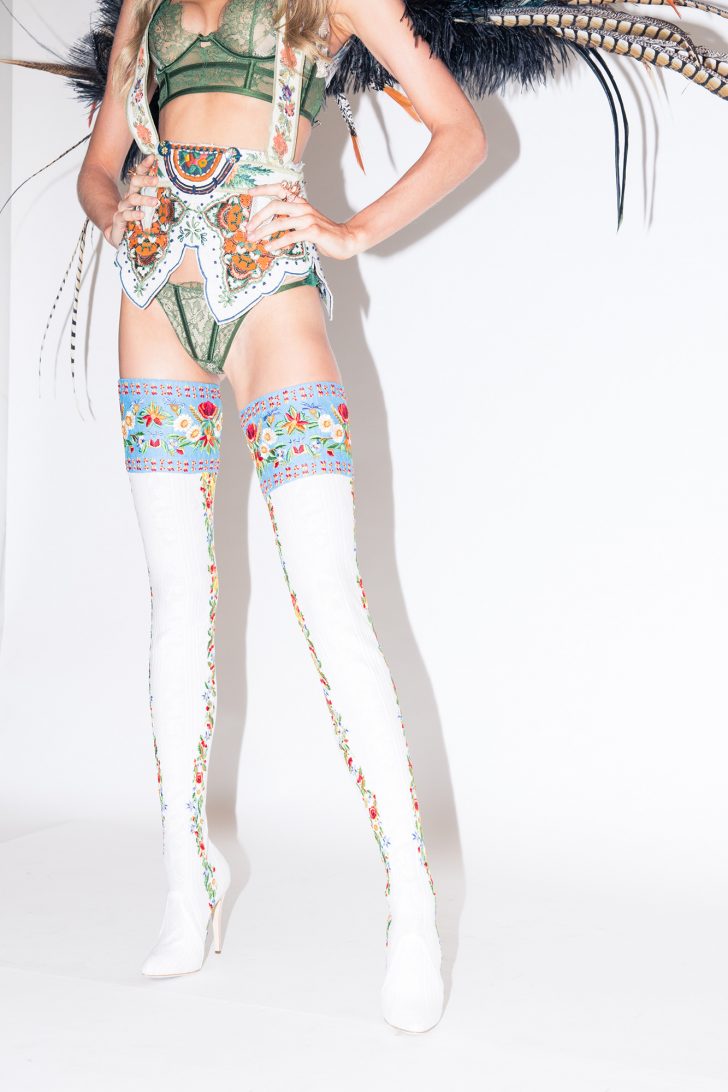 You better believe that there’s a hell of a lot of work that goes into the annual holiday-timed extravaganza, happening this year in Paris (and broadcasting on CBS on December 5), all of which began months ago. By now, the team is in final fitting stages, which is how we found ourselves face to, uh, navel with VS Angel Romee Strijd at corporate HQ in Midtown Manhattan, as she was pinned into her look from a section of the show titled Mountain Romance. “It’s one of the most feminine sections,” she told us as a makeup artist touched her up. “I feel like Heidi on the hill.” One very, very sexy Heidi. 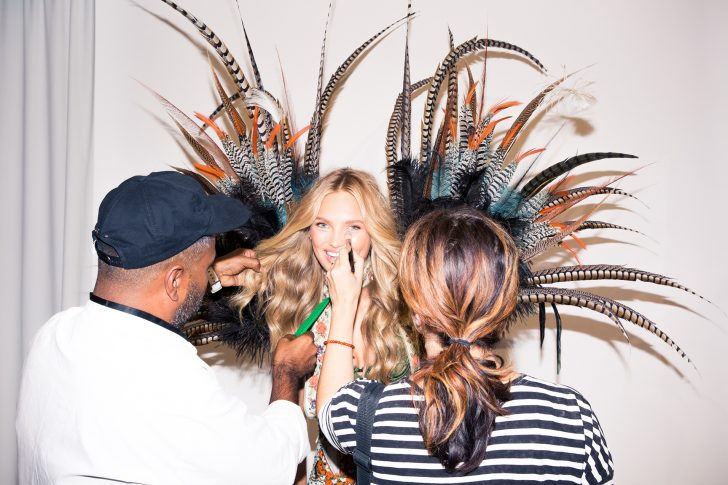 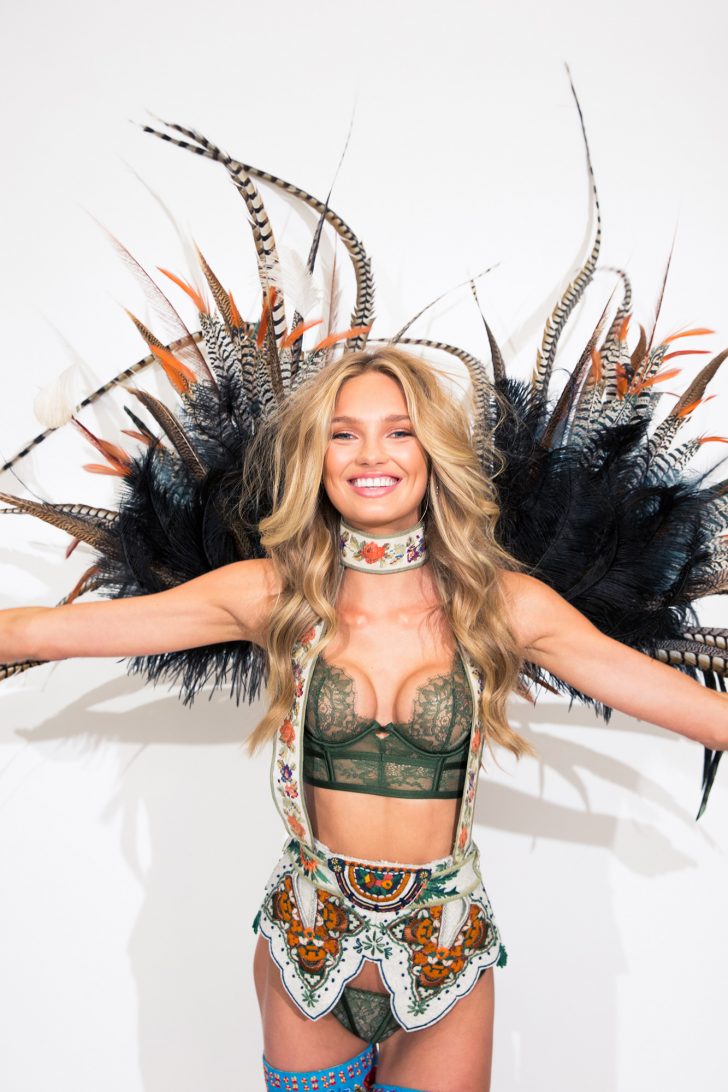 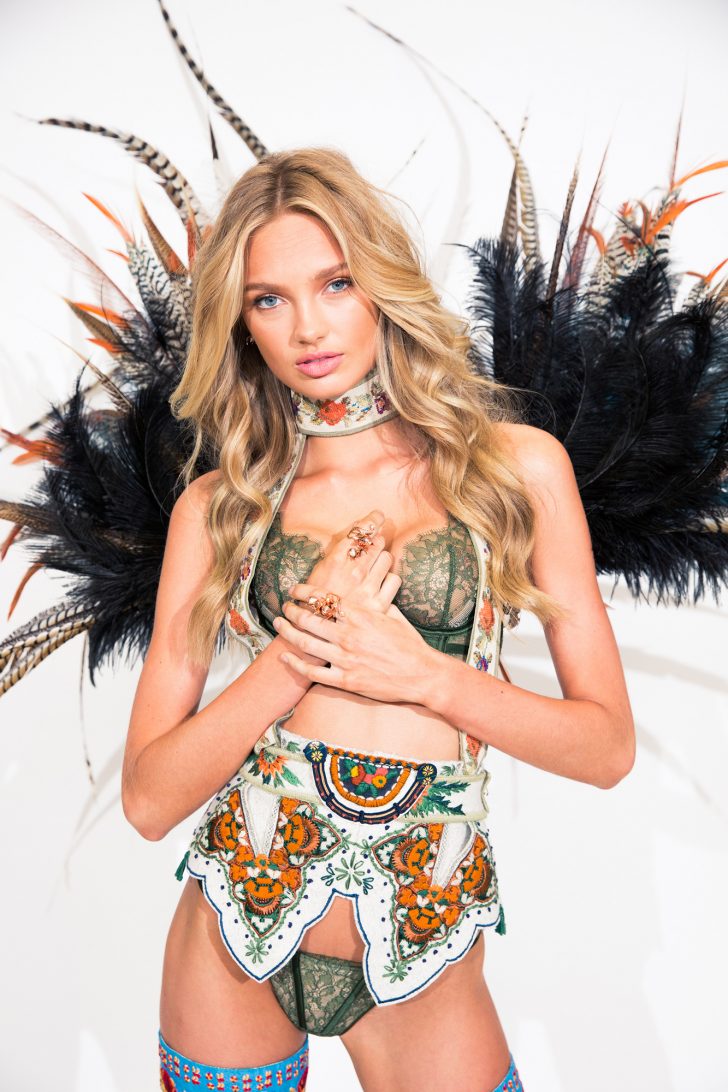 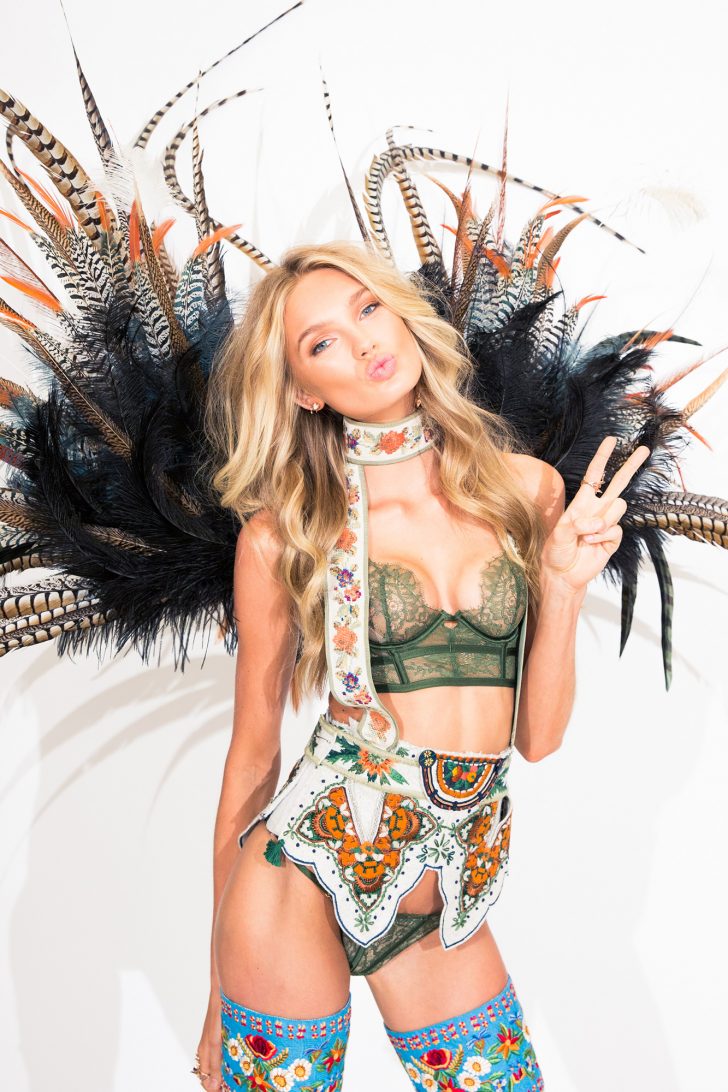 For all the dozens of people swarming around her, the photographers, and the massive feather wings sprouting off her bra, Strijd seemed pretty relaxed about the prospect of the show. “I really amp up my workouts, even though I workout all year long. I do a lot of weight lifting and mix it up with stretching. I go to a lot of group classes with the Angels—we go to breakfast or lunch after to make it more fun.” Something tells us those group sessions aren’t your average classes at the Y, but then again, neither is Strijd’s habit of bringing ankle weights with her everywhere she travels—probably where we usually stash our emergency snack supply. Hashtag train like an Angel. 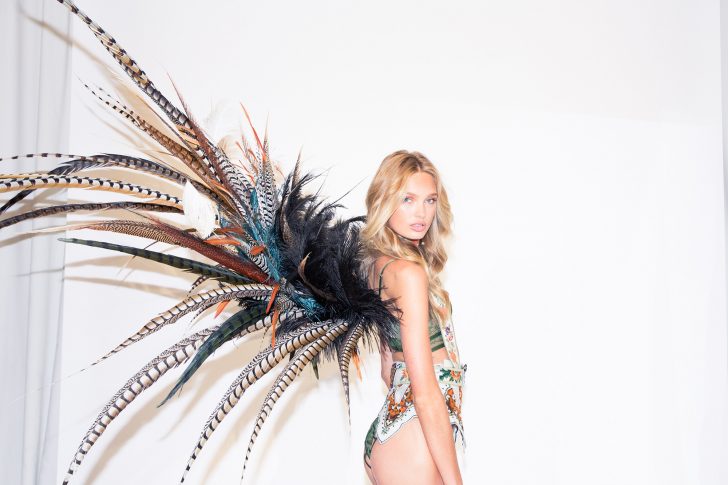 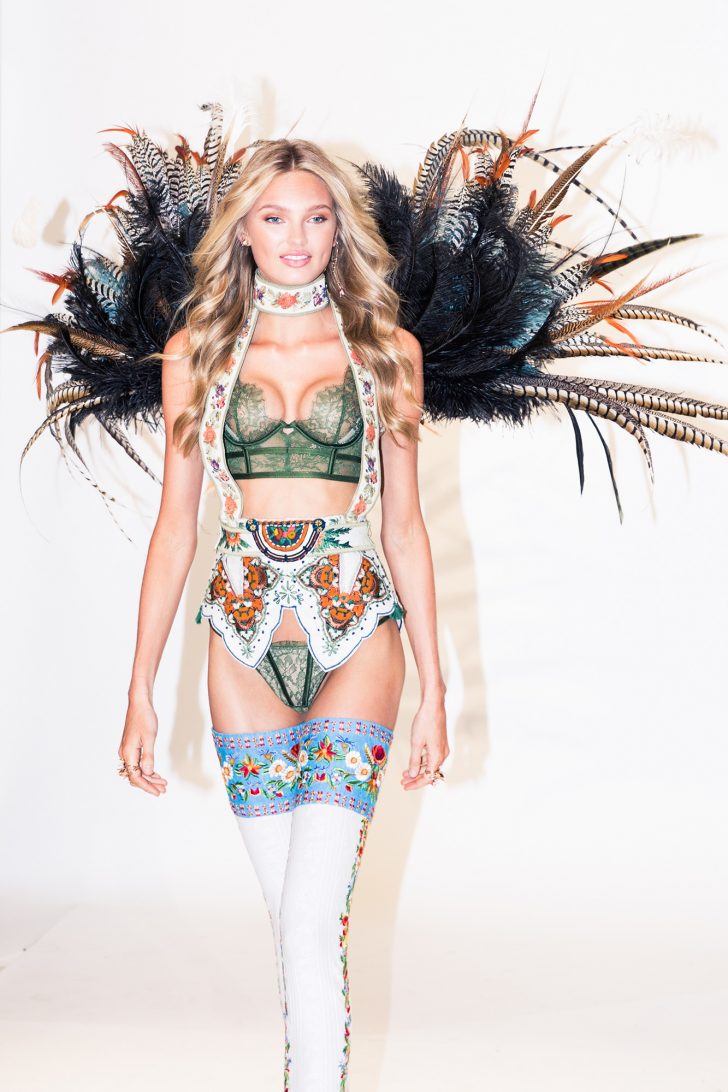 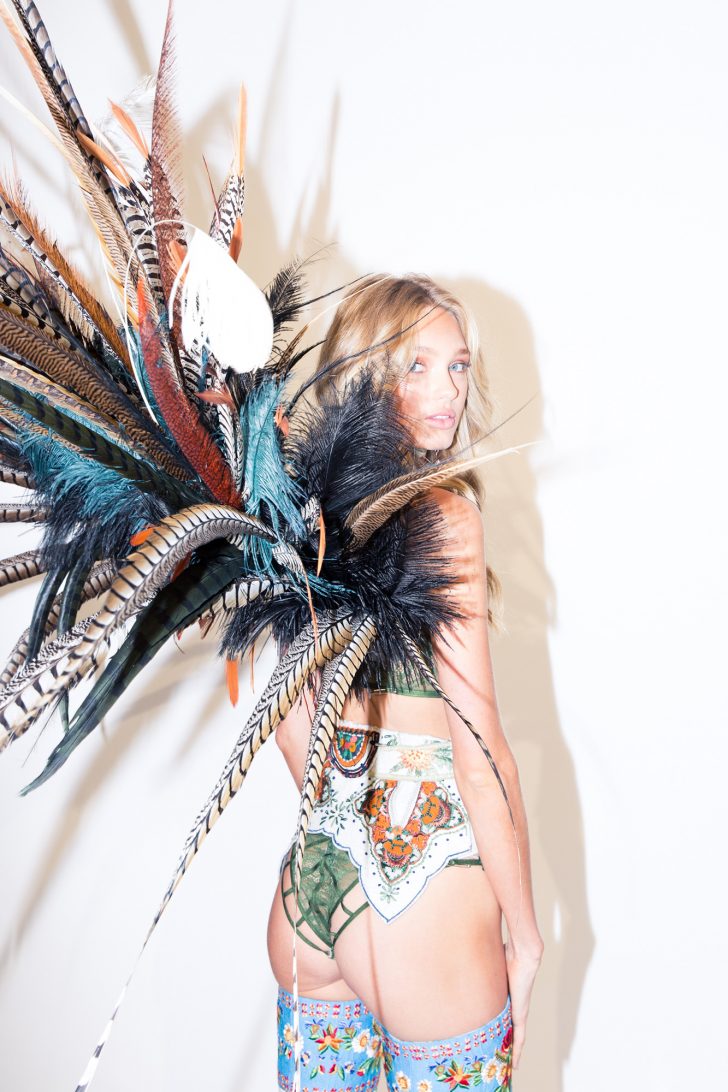 When you’re as genetically blessed as Strijd, however, beauty sleep and a little extra water is all you really need. And the Angel swore up and down that that’s all she really worries about leading up to the show: rest and hydration. And here we were hoping that—beyond the ankle weights and the Angels-only training sessions—there might be some secret recipe or something that might get us that much closer to beautiful people status.

Watch this space leading up to the show for weekly workout secrets, care of the VS Angels.