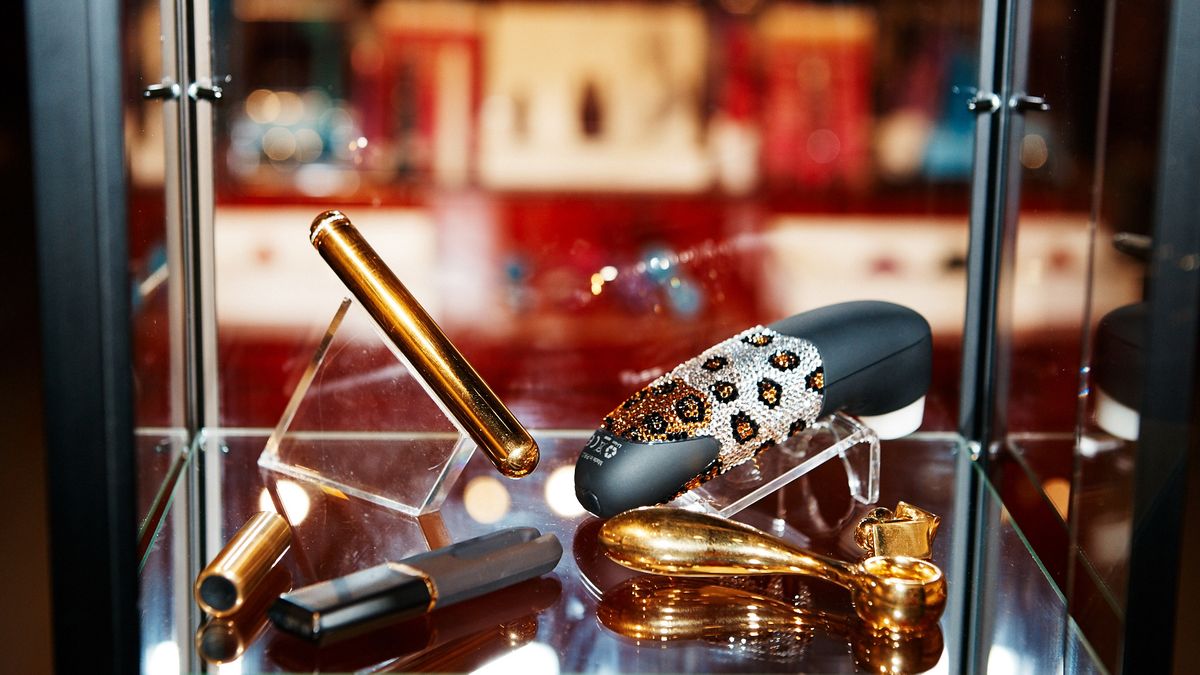 Claire Cavanah on vibrators (and sexual empowerment) as resistance.

In terms of fun, don’t-really-feel-like-work jobs, selling sex toys is right up there with, say, shopping (sorry, curating) vintage t-shirts, and, well, putting shoes on books (hi). Or so we thought.

The way Babeland’s Claire Cavanah describes the actuality of the company she founded (along with Rachel Venning) isn’t quite as rosy as you might imagine. After all, Cavanah and Venning are behind what we’d say is the first company to make shopping for sex toys as low key, pleasurable and indulgent (sans the any intimidation factor) as, say, getting a manicure (only all served with an educational factor that might beat the “actual” sex-ed you were supposed to receive in high school). Sounds great, right? More on that here.

While Cavanah’s happy to admit to the perks, she’s just as fast to make you think about how with great power, comes great responsibility—one that includes, oh, educating and empowering entire generations of women to reclaim their body and sexuality (also known as attempting to take on the entire fucking patriarchy). Just like that, we understood how it’s so much more than curating vibrators that can double as Swedish design objects.

Where the idea for Babeland first came from:

“It started 25 years ago. [Rachel and I were] fresh out of college. We were talking a lot about going into business together. We were also very politicized lesbians; we’d been activists in college. We were looking for a way to change the world or at least be really meaningfully engaged in our work. And then we came up with the idea of selling sex toys.

“We are big feminists, so [we had the idea that] not only would we talk about sex, but sex positive feminism. It was just the perfect way to blend wanting to change the world and express feminism, and also be free because we didn't want to work for anyone else. That happens to be how our culture works, that one of the most independent and freeing things you could do is open a business. That's how we did it.”

What the initial reaction was:

“The idea had this quality of revelation. We were like, ‘We absolutely have to do it, and we better hurry before someone else does it first. It turns out that we didn't have to hurry, actually. It was hard to even explain it to people. When we said, ‘we’re opening up a sex toy store,’ mainly people would say, ‘marital aids? What are you talking about?’ And I said, ‘marital aids? What are you talking about?’ [laughs]. [People thought sex toys were] things to save your sexless marriage.”

How the company’s mission has always been meaningful:

“I always liked sex a lot as a person. It became a mission when I became a feminist and started reading, and placing the real conditions of women in the world. That combined with how exciting and joyful sex is... I felt that the playing field was not levelled, that we needed to right a big wrong in the world. Sex is such a joyful thing, it just isn't right that everyone doesn't get to enjoy it to the same degree.”

How the brand has evolved (and stayed the same) over the past 25 years:

“We've had to become a really great retailer. We started out as the little sex store that could, but we grew up as a retailer, and that's always been the balance. We haven't veered away from the great customer service. We want to support every single person that comes in so they are having the sex they want to have in their lives.”

What the election (and larger cultural climate) has to do with it:

“I think there will always be a place for a Babeland. Our culture is just that messed up, you know? I feel the assault on reproductive rights is the most obvious measure of how good or bad things are. And things are bad. I mean, look at how Hillary Clinton is being treated. It is just mind-blowingly, astonishingly, unbelievably horrible. As long as our culture feels that way about women, there’s going to be a Babeland.”

Why the IRL retail experience is so crucial to their business:

“You're always going to want to go someplace and talk to someone who knows a little more than you do, and can treat you with dignity when you have all those private questions. There really isn't anywhere else to go to be face-to-face with someone.

“There is a lot of ambient learning in Babeland, where people just overhear what the other wants to know, or do know. Recently, there was a woman who brought her best friend in who didn't know where her clitoris was! She got the whole half hour sex education, stem to stern, from the sex educator there, and spent money on vibrators.”

How social media acts as a reality check:

“I feel like the steadiness of our mission has served us well, because you can't get away with being fake in the social media world. If we were saying one thing, or doing another, we would be found out right away. Especially about something so important and private as sex.”

“I go where I am needed. My main job is really PR, and talking to folks. I have regular executive meetings. None of us are comfortable with that term, but we're picking the direction of the business, making decisions on growth, big financial decisions. It's a lot of e-mailing and stuff. I exercise, try to go to the gym for a real walk.”

“I read the New York Times. I have Google alerts for ‘sex toys’, ‘women’, ‘sex’, ‘Babeland.’ I follow Rebecca Traister, I love her! I go on Twitter and fall into the Twitter k-hole sometimes, but it's really interesting things.”

The most challenging part of the job:

“I think we seem a lot bigger than we are in some ways as a company, because of the excellent PR and marketing that we get. It's a well-oiled machine at this point, but it doesn’t just churn out money. Getting financing is practically impossible because of the nature of the business. But we also do like staying in control of the business. Rachel and I don't want to compromise our mission and the soul of it.”

What advice she has for anyone looking to follow in her footsteps:

“You have to figure out a way to be taken seriously. You have to build your credibility either by getting degrees or picking someone to follow, a mentor. Figure out what their mistakes were and don't make them. And take care of yourself. Sex can be a hard thing to be in all the time. You can get really burnt out, and it can affect your own sort of pleasure and your life. The things people are passionate about can be very very draining. Taking care of yourself is always important.”